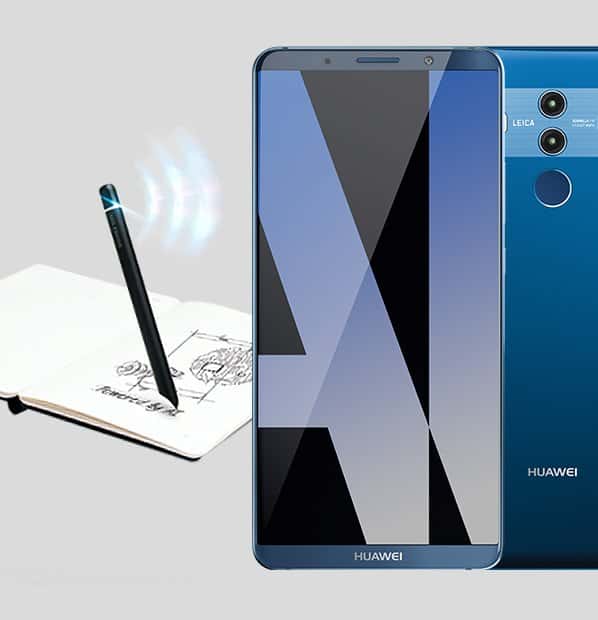 Several Huawei Mate 10 variants are expected to land on October 16, and following a ton of rumors and leaks, @evleaks (aka Evan Blass) has just released yet another, rather interesting image. If you take a look at the image above the article, you will notice the Huawei Mate 10 Pro on the right, a phone that leaked several times already, an on the left you’ll see something really interesting, a stylus. The source did not exactly explain any of this, but that stylus seems quite familiar, read on.

The Huawei Mate 10 Pro will be made out of metal, while it will sport a dual camera setup on the back. A rear-facing fingerprint scanner will also be a part of this package, and the device will sport really thin bezels. Huawei’s logo will be placed below the phone’s display, and the phone will be fueled by the newly-announced Kirin 970 64-bit octa-core processor. The Huawei Mate 10 Pro will include 6GB or 8GB of RAM, and Leica’s lenses will be included on top of the phone’s camera sensors. Android 8.0 Oreo will come pre-installed on the Huawei Mate 10 Pro, and on top of it you’ll get the company’s Emotion UI (EMUI) skin, that is something that Huawei actually confirmed earlier today.