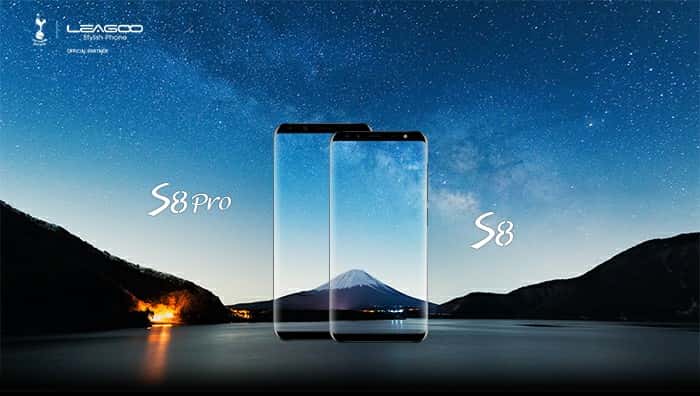 Quite a few Chinese smartphone manufacturers made smartphone based on the design of the Galaxy S8 and Galaxy S8 Plus, including LEAGOO, whose two Galaxy S8-inspired smartphones are now available for pre-order, the LEAGOO S8 and S8 Pro. These two handsets are now available for pre-order from Banggood, and the pre-sale period will last until October 23. These two phones have been announced at the end of September, and during the pre-sale period, you have a chance to save up to 50 percent when purchasing one of these two phones.

The LEAGOO S8’s full retail price is $169.99, while the LEAGOO S8 Pro will cost $169.99. Having said that, thanks to LEAGOO’s promotion, you have a chance to get these two phones for only $84.99 and $149.99 as part of the promotion, tough do keep in mind that this is limited to only 10 units per days (for more info, click the source link down below). Now, if you don’t get a chance to purchase the LEAGOO S8 or the LEAGOO S8 Pro for 50 percent less than they usually cost, don’t fret, as LEAGOO also offers one other type of a discount, from October 16 to October 22 you can get the LEAGOO S8 for $119.99 and LEAGOO S8 Pro for $249.99, well, anyone can, though do keep in mind that this sale is limited to 999 units per phone. That being said, let’s talk more about the specs and the design of these two devices, shall we.

The LEAGOO S8 and S8 Pro are very similar in terms of the design, and yet also different, especially from the back. Both devices sport a dual camera setup on the back, while a fingerprint scanner is also included on the back of both of these phones. Both devices sport rather thin bezels, though their specs are not the same, of course. The LEAGOO S8 sports a 5.7-inch HD+ display from Sharp, while it also includes 3GB of RAM and 32GB of native storage. This phone comes with 13 and 2-megapixel rear-facing cameras, while it sports 8 and 2-megapixel front-facing snappers. The LEAGOO S8 Pro, on the other hand, sports a 5.99-inch fullHD+ panel, 6GB of RAM and 64GB of native storage. This phone is fueled by the Helio P25 64-bit octa-core SoC, and it comes with a 3,050mAh non-removable battery.