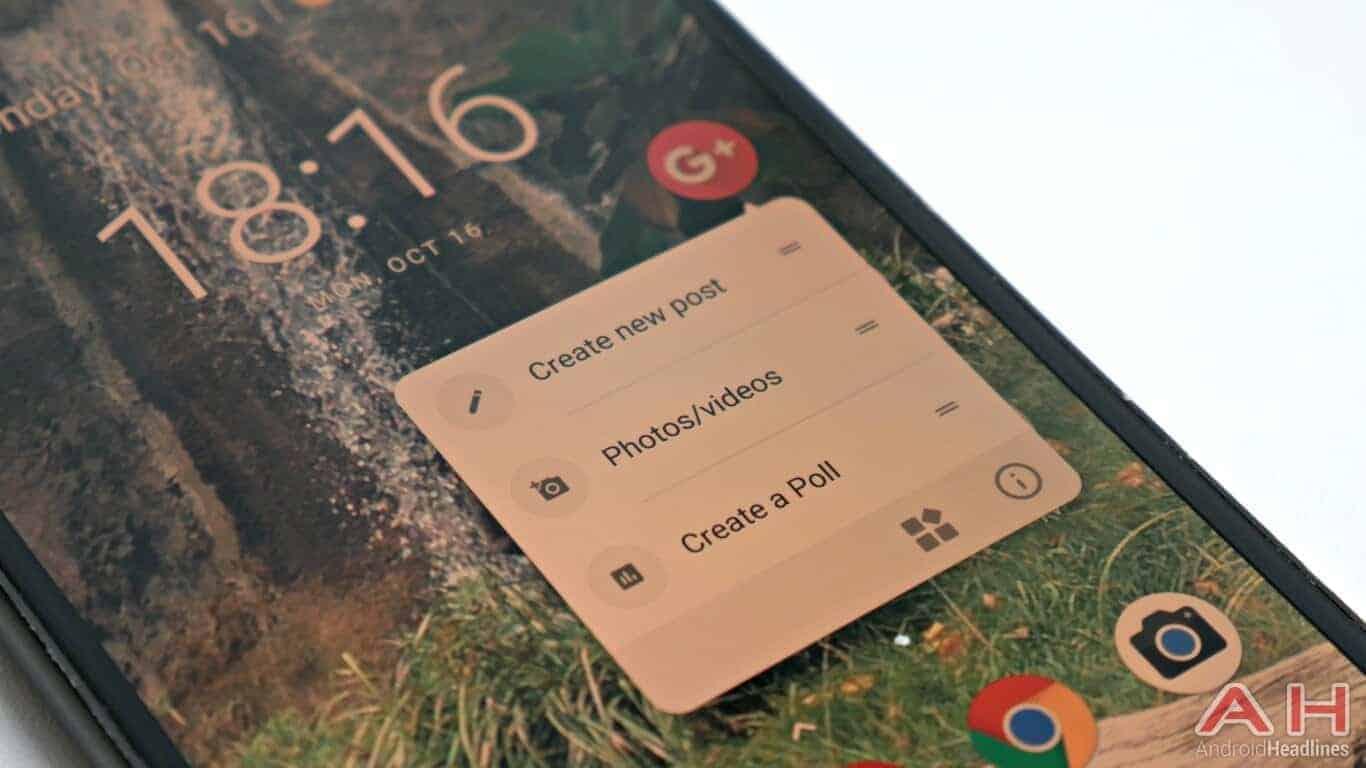 The Google+ Android app is now in the process of receiving an update which brings with it greater support for Android's App Shortcuts. The version of the app is v9.23 and is understood the be in the process of rolling out with the Google Play Store listing noting an October 16 updated date. Although at present the changelog for the most recent update simply advises of the usual "performance enhancements and bug fixes."

In spite of the lack of detailed information on the Google Play Store listing, it is clear that with this update comes an expansion to App Shortcuts. This is the feature Google introduced last year along with Android 7.1 (Nougat) which looks to offer users a quicker way to perform more in-app actions without having to launch the app in the first place. Which is exactly what is on offer now with this latest update. As prior to this update, holding down on the Google+ app icon would only provide the default App Shortcut options – "Widgets" and "App info." Following the update however, the App Shortcuts now lists three new options – Create a Poll, Photos/videos, and Create a new post.

Needless to say, these are options which are largely self-explanatory. For example, Create a Poll provides the user with a much quicker way to launch the Poll option without opening the app. Likewise, Photos/videos allows the user to immediately open the device's gallery within the Google+ app which in turn allows for quicker posting of photos and videos to Google+. While Create a post – creates a new post. Irrespective of which post type the user tries to initiate through the App Shortcut, if the user happens to have more than one Google+ account (including brand accounts) the app will always first prompt the user to select the right account first. So for those users, this does always result in two clicks before the post type interface launches. As mentioned, the latest version of the app with the new App Shortcuts included seems to be on its way out to devices, although those looking for the latest version sooner than that, will find a copy of the APK available to download and sideload through the link below. 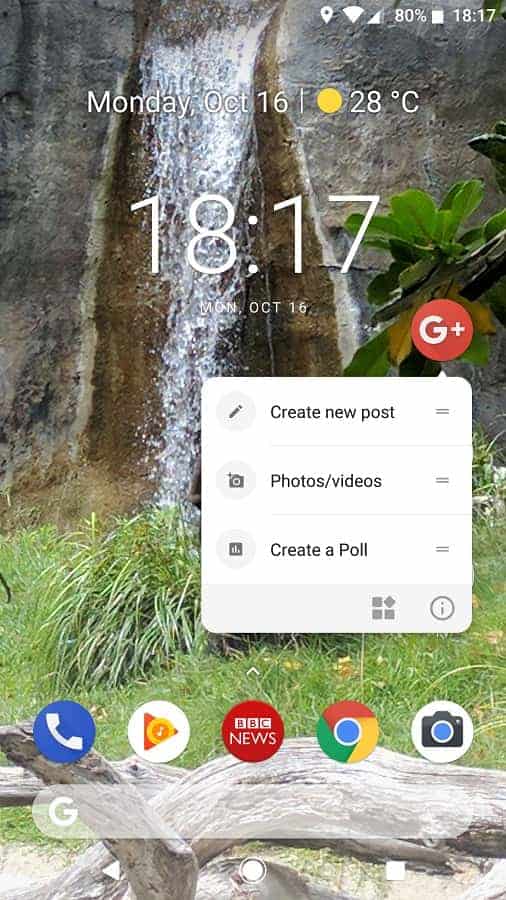