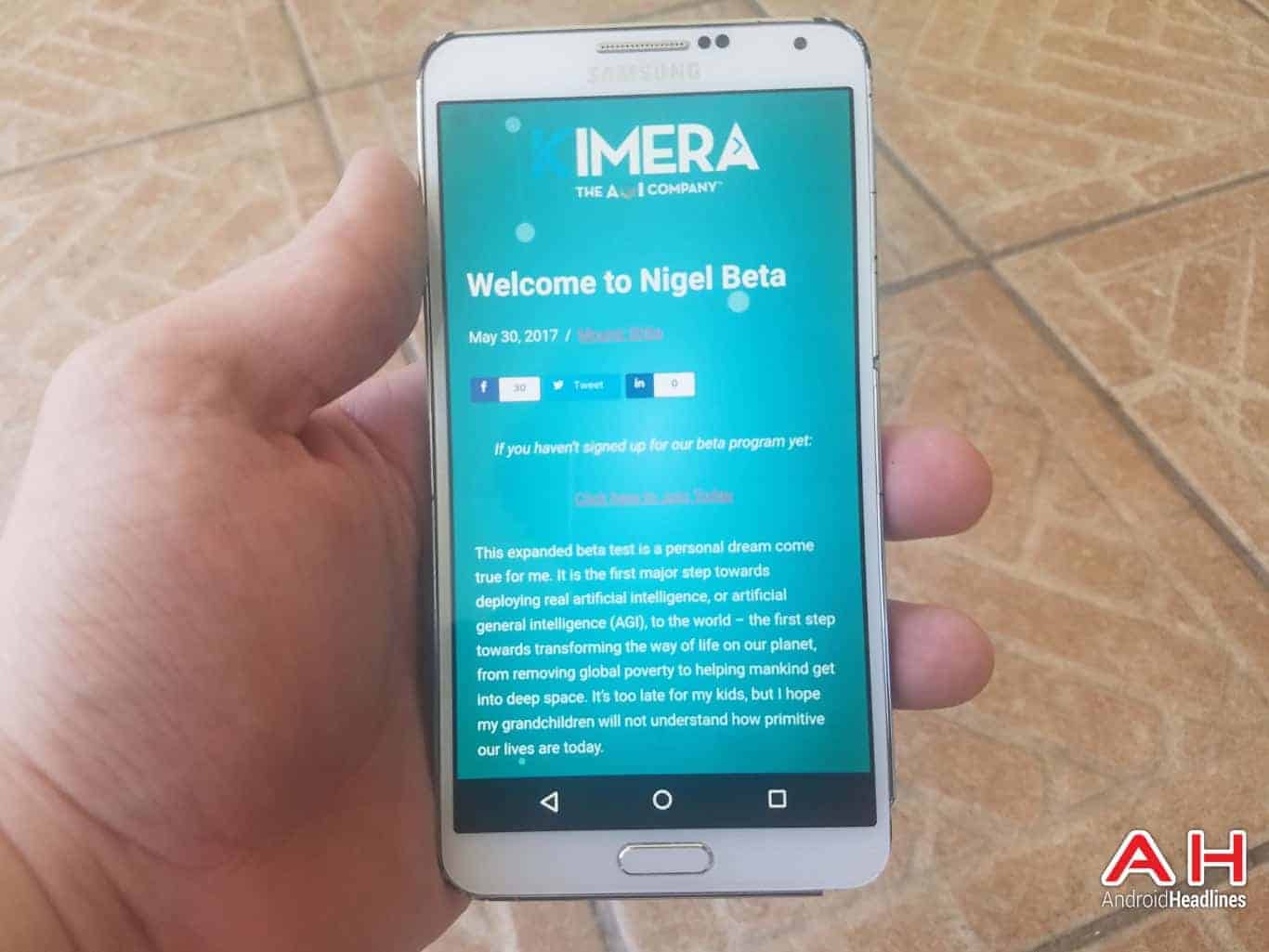 Nigel AGI, the artificial general intelligence with an Android app front-end made by Kimera Systems, is entering phase three as of today, and will begin to actually apply what it’s learned about its users and the world so far to take independent action. Everything that Nigel does, and will be doing, is because it has noticed users tending to do those things over time. The new functions will begin to manifest once users take an update to the Nigel app, which should be live in the Play Store within the next few days. The updated Nigel app will begin applying automated actions that it has learned from its user base at large, even to brand new users who are just joining up and downloading the app.

At this stage, very few users in the beta will notice Nigel actually doing anything totally unique to them, even if they’ve had Nigel on their phone watching them from the beginning. To help things along, Kimera will begin releasing special apps made with the Nigel AGI SDK in the near future, along with special training exercises that users can do as often as they like to help Nigel learn and grow faster. As this happens, Nigel’s repertoire for all users will expand, and it will become more and more useful to new and longtime users alike.

One unique aspect of Nigel that allows it to expand and synthesize its knowledge is transfer learning, a principle that allows Nigel to figure out why a user is doing a certain thing, then use that knowledge to figure out where and when that certain thing needs to be done, or similar actions for that matter. One example is users silencing their phones in movie theaters leading to Nigel silencing people’s phones in churches, their workplaces, playhouses, and the like. Kimera is even working with teachers to expand on this capability to teach Nigel to read in an organic fashion, rather than having it rely on conventional machine reading via feeding information through a programmed interpreter. The attached video depicts the first round table meeting regarding this new mission and functionality. Nigel is one of a new breed of AI program meant to bring artificial general intelligence and its benefits into the mainstream, and the app’s future looks like it will be eventful indeed.