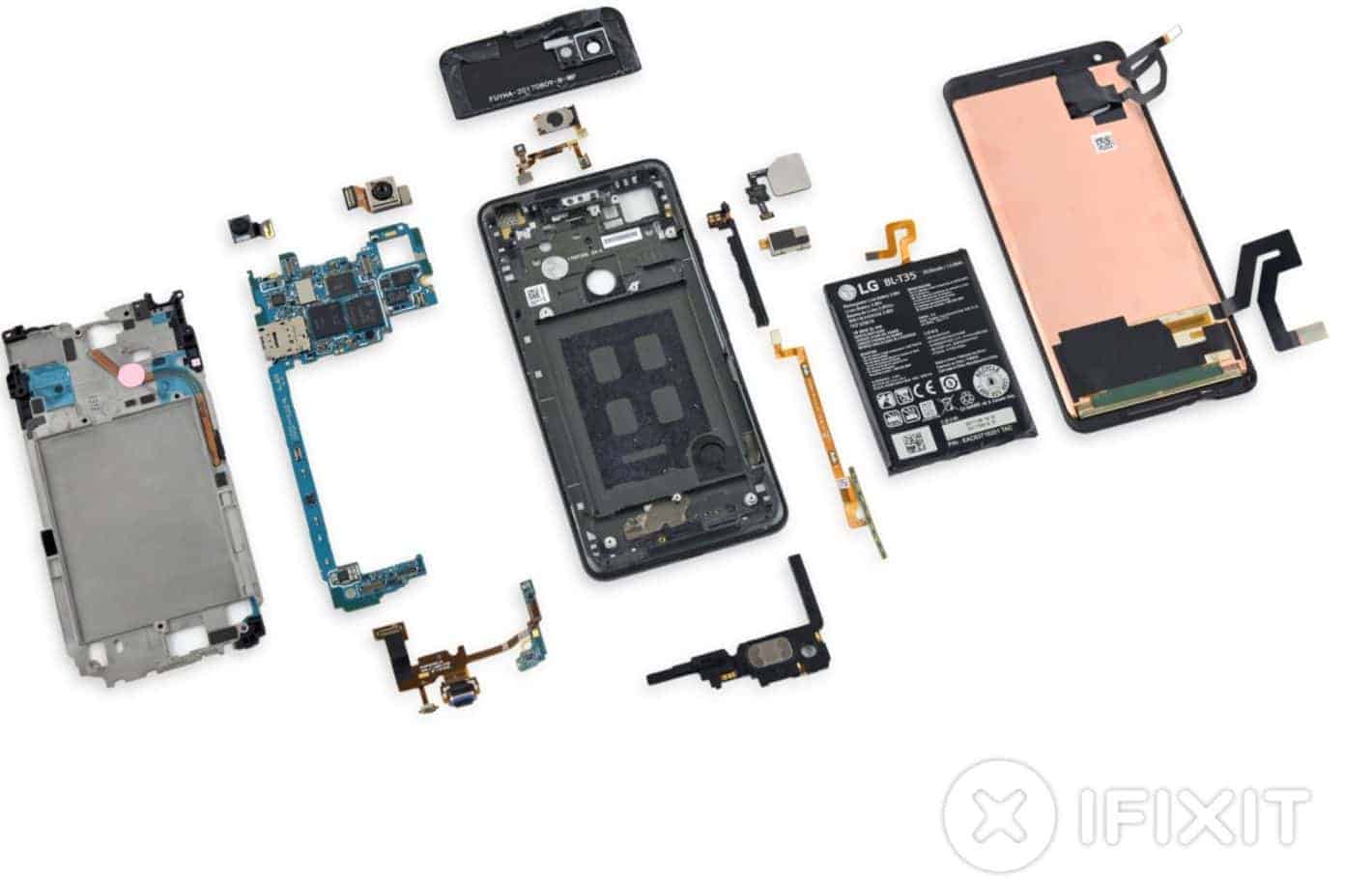 Smartphone repair service iFixit known for its detailed teardowns of contemporary mobile devices published its analysis of the Pixel 2 XL earlier today, deeming Google's new Android-powered phablet somewhat repairable. The company's teardown resulted in the handset being disassembled in its entirety, with iFixit ultimately awarding it a repairability score of six out of ten on its subjective scale. This rating is lower to that given by the firm to the original Pixel XL last year, with the main difference between the two being that the newer model features a battery that isn't as easy to remove, having lost its predecessor's pull-tab adhesive in favor of a more firmly attached unit.

The display panel of the Pixel 2 XL may be significantly different to the one found on the previous model in terms of aesthetics but isn't any harder to remove as it still requires slicing some foam adhesive and pulling the module away from a magnesium midframe which separates it from the motherboard and the rest of the internal hardware powering Google's new Android offering. That process remains a somewhat challenging task due to the tight covers found on the cables connecting the screen to the "brain" of the Pixel 2 XL, with the midframe itself also being difficult to remove after the display is gone. On the other hand, iFixit found that most components found inside the device are modular and can be switched out in a relatively straightforward manner without requiring any soldering. The modular nature of the Pixel 2 XL's internal workings even encompasses the USB Type-C port which Google placed on a separate board in a move that iFixit deemed canny, noting how this particular component is prone to becoming worn out and more likely to warrant a replacement than many other pieces of hardware found inside the Android flagship.

The repair company also praised LG's decision to use only nine regular Phillips #00 screws to assemble the smartphone but wasn't impressed with how the South Korean OEM opted to support its display around the grilles, not because its design impacted the ease of repairability but because of the product quality itself. Refer to the source link below for a step-by-step guide on how to disassemble the Pixel 2 XL.