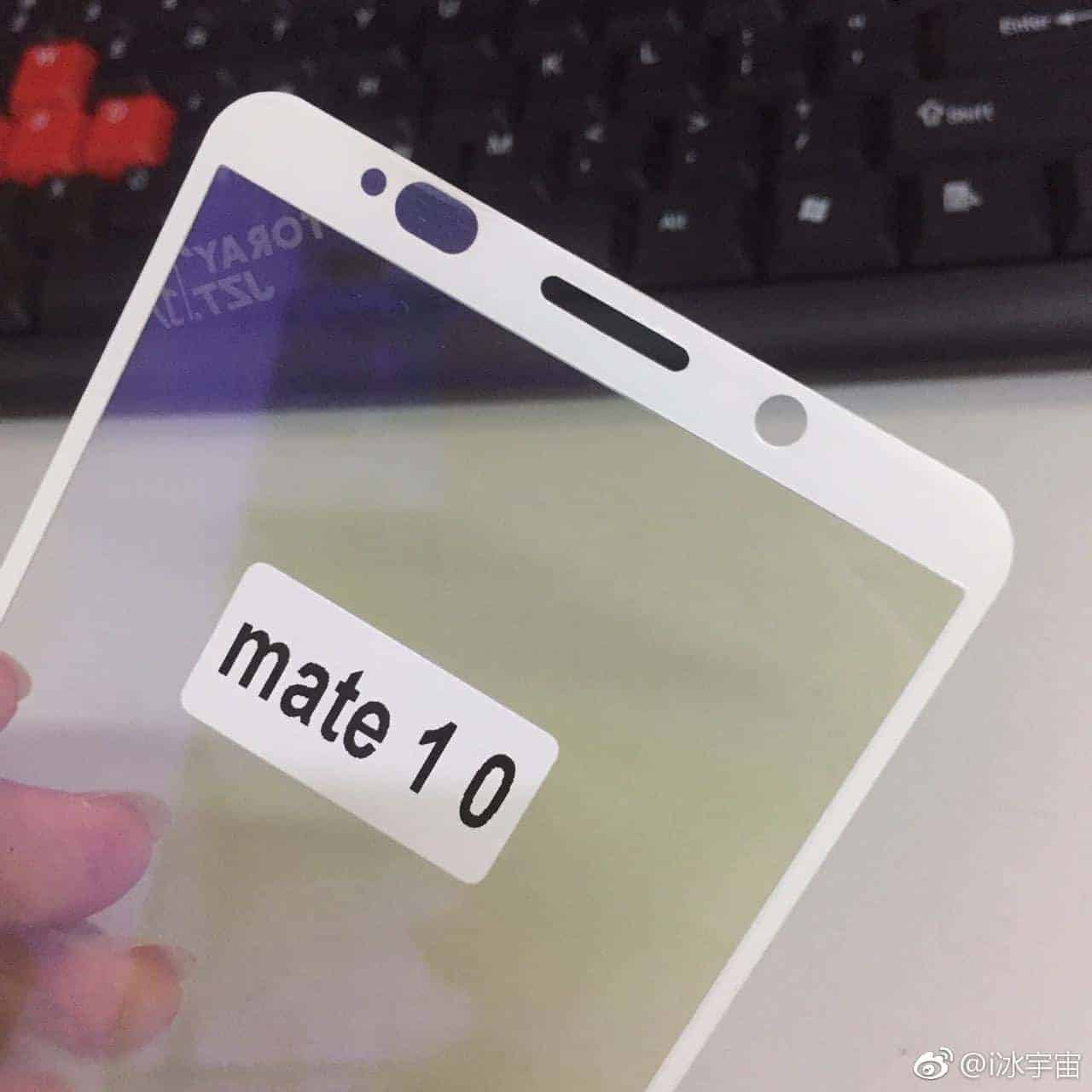 The Huawei Mate 10 variant have been leaking out for quite some time now, and now yet another image popped up. If you take a look at the provided image, you will see the leaked front panel of the upcoming Huawei Mate 10. The Huawei Mate 10 Pro leaked most frequently thus far, which is one of the Mate 10 variants that Huawei is expected to announce on October 16. Well, this seems to be the regular Mate 10 model that we’re seeing here, at least according to the source, and it seems like it will have somewhat thicker bezels than the ‘Pro’ model.

The Huawei Mate 10 is expected to sport a 5.9-inch QHD+ (2880 x 1440) display, along with 6GB of RAM, though an 8GB RAM variant is also a possibility. This smartphone will be fueled by the Kirin 970 64-bit octa-core processor, which is Huawei’s new flagship SoC, which comes with a dedicated AI chip on the inside. The Huawei Mate 10 will arrive with a dual camera setup on the back, and those two cameras will sport Leica’s lenses. The handset is rumored to sport a 4,000mAh non-removable battery, and it is also expected to arrive with Android 8.0 Oreo, and a new version of Emotion UI (EMUI) on top of it.