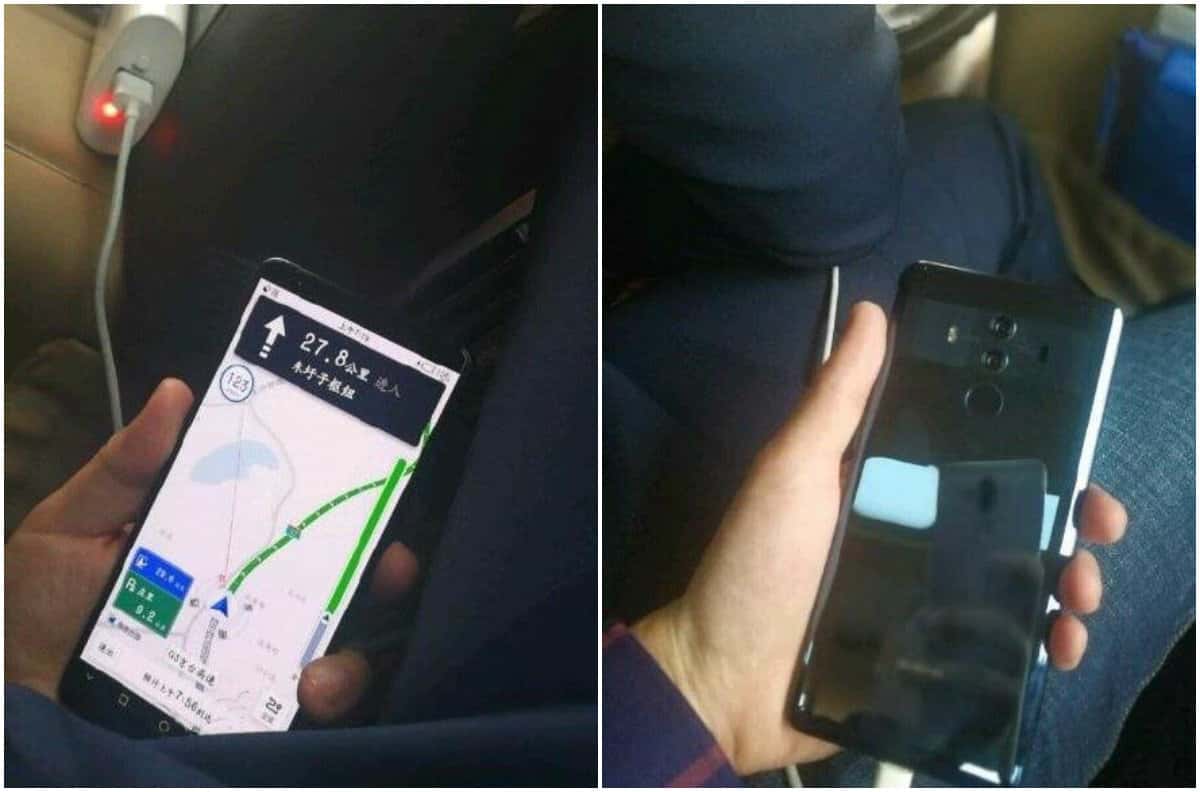 Huawei is expected to introduce several Huawei Mate 10 smartphones on October 16, and one of those devices has just surfaced. If you take a look at the gallery down below, you'll be able to see two real life images of the Huawei Mate 10 Pro. This handset has been leaking for quite some time now, though we're mostly seeing its renders, in these two images, you can check out what the phone will actually look like, in real life.

As you can see, the bezels on this handset are really thin and these two images are letting us take a look at both the front and back sides of the Huawei Mate 10 Pro. The device will ship with on-screen buttons, and it seems like it will be made out of metal and glass, though it is possible that it will sport a metal unibody build, we'll have to wait for more images in order to be sure. A dual camera setup will be placed on the back of this smartphone, and those two cameras will be vertically aligned. A dual-LED, dual-tone flash and a laser autofocus are flanking those two cameras, and a fingerprint scanner lies below the dual camera setup. The Huawei Mate 10 Pro will sport a curved back, and as you can see in the provided images, this won't exactly be a small phone. The power / lock, volume up and volume down buttons will be included on the right-hand side of the Huawei Mate 10 Pro, while a SIM card tray will be included on the left-hand side of this smartphone.

Thanks to some rumors that surfaced a while back, we do have some info regarding the Huawei Mate 10 Pro's specs. This handset is rumored to sport a 5.99-inch QHD +(2880 x 1440) IPS display, 6GB of RAM and a 4,000mAh non-removable battery. The main camera on its back will sport an f/1.6 aperture, and we're looking at Leica's lenses here. Huawei's HiSilicon Kirin 970 64-bit octa-core SoC will fuel the Mate 10 Pro, and Android 8.0 Oreo will come pre-installed on the device, along with Huawei's Emotion UI (EMUI) skin on top of it. In addition to the Mate 10 Pro, Huawei is also expected to introduce the Mate 10, Mate 10 Lite and Mate 10 Porsche Edition on October 16.