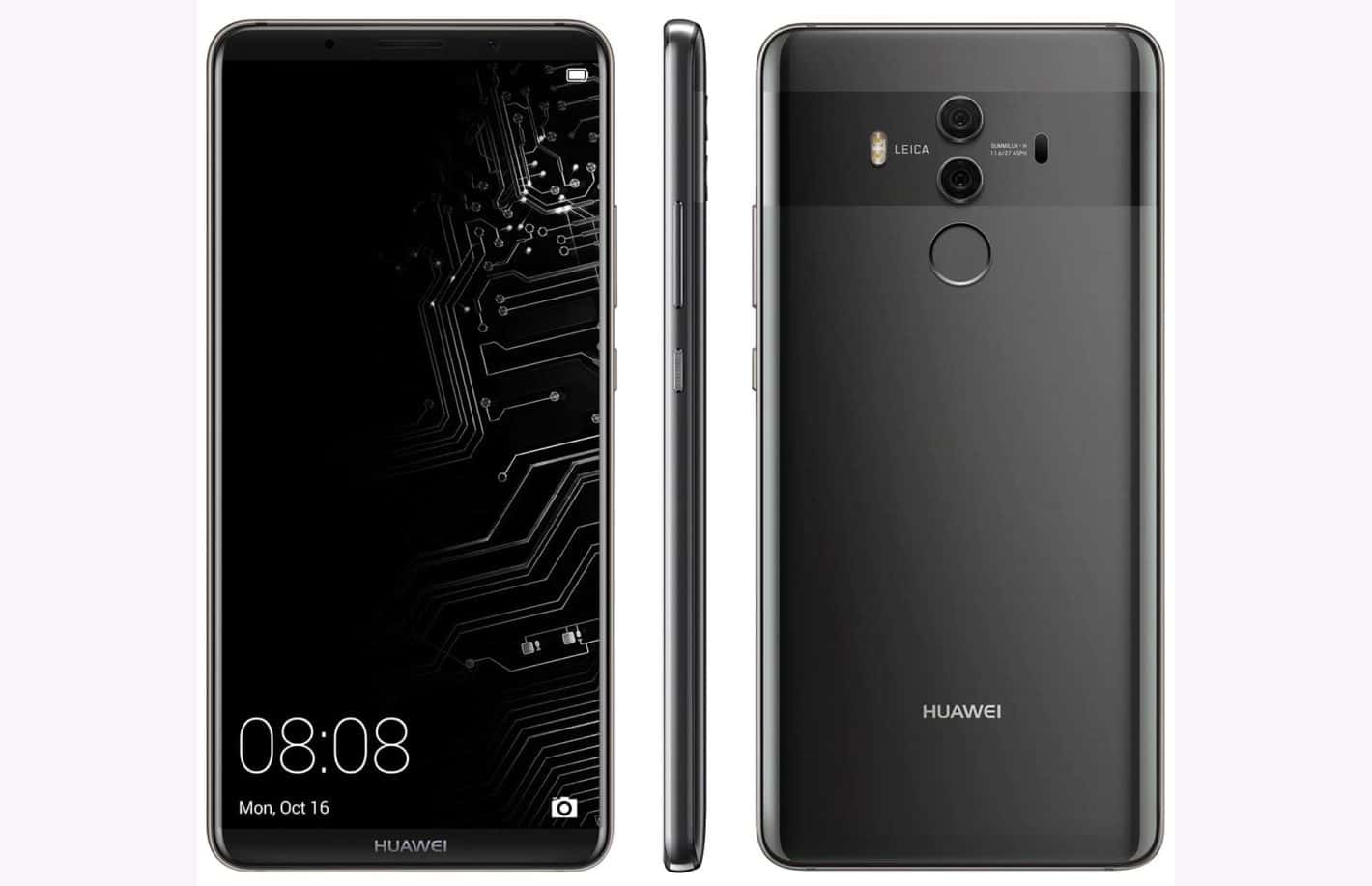 A high-resolution render depicting what's said to be the Huawei Mate 10 Pro leaked online earlier this week, having been revealed by known industry insider Evan Blass. The image whose compressed and resized version can be seen above shows a device reportedly codenamed Blanc which is meant to be a direct successor to the Mate 9 Pro and lead the upcoming Android smartphone series. The handset is seen as sporting a dark gray matte finish and a nearly bezel-free design with a screen-to-body ratio of over 90 percent. It's unclear whether its display panel is shown curving around its long edges or not as is the case with the Samsung Galaxy S8 series but the overall look of the handset is clearly in line with the latest industry practices.

The supposed Mate 10 Pro doesn't have a physical Home button and ships with a circular fingerprint sensor on its rear panel, situated immediately below a dual-camera setup entailing two sensors arranged in a vertical manner and accompanied by a dual-LED flash unit and a heart rate monitor flanking the imaging setup from left and right, respectively. Leica's branding is clearly seen on the back of the Mate 10 Pro which apparently features the German company's Summilux-series ASPH lenses. The two modules found on the rear plate of the newly leaked flagship appear to be mounted behind 27mm lenses with an aperture of f/1.6, as suggested by the markings on the product. If this information is accurate, the Mate 10 Pro is set to tie the LG V30 for the title of the brightest and fastest mobile lens ever commercialized.

The device shown in the high-resolution render also boasts a volume rocker placed above what looks like a Power button on the right edge of its case, in addition to featuring Huawei's branding on its extremely thin bottom bezel, as well as its back panel. The Chinese original equipment manufacturer previously confirmed that its upcoming flagship will be introduced on Monday, October 16th, with most industry insiders claiming that the company is set to debut a range of products including the Mate 10 and Mate 10 Lite, as well as the model seen above.