HTC today announced it has partnered with TD Bank to provide consumers with a new financing option, the HTC Financing Program. Via this route, and backed by TD Bank, those interested in picking up a new HTC smartphone will have the opportunity to do so with $0 down and 0% APR. The only caveats in place is that the device must be purchased via the official HTC website and must be priced at $599, or higher.

Which does mean the company’s current flagship device the HTC U11 is eligible for this program. The HTC webiste is already reflecting the change and so in addition to offering the option to buy the 64GB version for $649 outright, consumers do have the option to buy through the financing program at a rate of $28 per month, over the course of 24 months. Alternatively, consumers can also opt for the 128GB storage model, which while available for $729 outright is now available through HTC Financing priced at $31 per month over 24 months. In addition, it seems as though HTC Financing is available on all variants of the HTC U11 – regardless of whether it is the unlocked model or a carrier-affiliated option.

At present the U11 is the only device that is showing up as available through financing on the HTC website which is probably to be expected considering it is the only device currently listed through HTC as priced at over that $599 barrier. While the HTC U Ultra is listed with a $749 retail price it is currently available on sale for only $499. The announcement on this does also detail the financing extends to covering “HTC accessories,” although in spite of not being explicitly clear it is presumed the accessories do have to be purchased along with the device – again due to that $599 threshold. What should be of interest though is the timing of this announcement as it is largely expected that HTC will unveil a new version of the U11 (the HTC U11 Plus) during an event which is scheduled to take place on November 2. This is expected to be a high-profile smartphone and will almost certainly be priced at or over that $599 marker. Meaning it is extremely likely that it will also be available via HTC Financing. Or in other words, with $0 down and 0% APR… subject to approval. 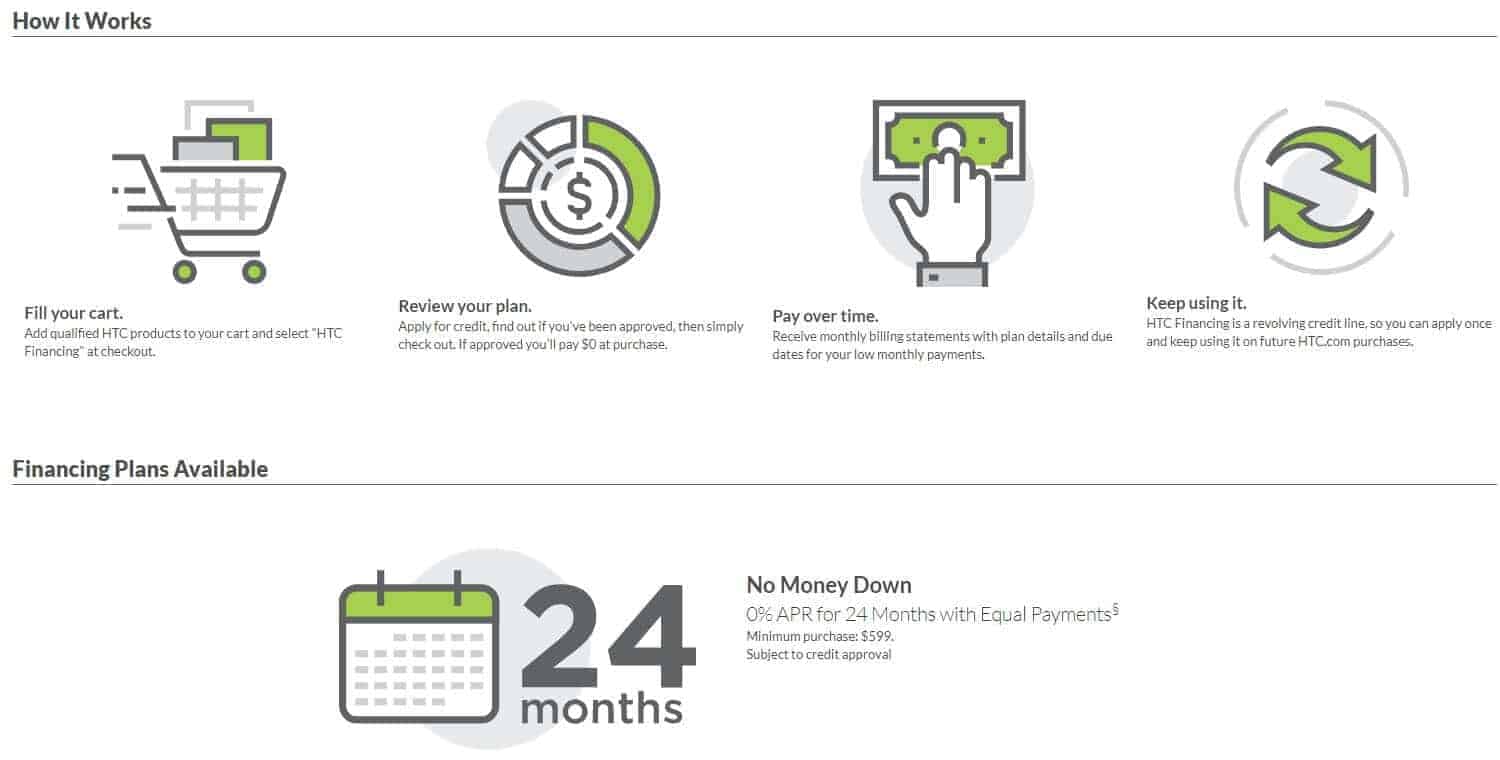