HTC is preparing for a new event on November 2nd when it will likely unveil the rumored HTC U11 Plus smartphone. The company has already sent out invitations for the event but has yet to confirm what exactly will it be announcing. The current HTC U11 flagship made its debut back in May, coming with high-end specs and features across the board. The HTC U11 Plus is expected to have similar specifications, but take things up a notch and feature a bezel-free aesthetic. Earlier rumors had already indicated that the HTC U11 Plus will make its debut in November in China and Taiwan before reaching other markets, and HTC’s new invites for the November 2nd event in Taipei give some more credence to these claims.

The current HTC U11 has a 5.5-inch display with a QHD resolution of 2,560 x 1,440 pixels, but the HTC U11 Plus is rumored to feature a larger 6-inch display with thin bezels and a QHD+ resolution of 2,880 x 1,440 pixels with an 18:9 aspect ratio. Otherwise, the HTC U11 Plus is expected to pack similar specifications to the HTC U11, including the octa-core Qualcomm Snapdragon 835 SoC, 4GB or 6GB of RAM, and 64GB or 128GB of native storage space. It remains unclear whether the flagship will also offer microSD support for expandable storage, though that seems like a probable scenario. The HTC U11 Plus may also come with a 12-megapixel main camera with optical image stabilization (OIS), 4K video recording capabilities, and UltraSpeed Autofocus, as well as an 8-megapixel front shooter. Some other rumors also hinted at a 16-megapixel front camera with various selfie modes.

The HTC U11 Plus might launch with Android 7.1 Nougat out of the box, but it shouldn’t take too long before it gets an upgrade to the latest Android 8.0 Oreo, provided it doesn’t already ship with the latest OS build. Other rumored features include IP68 certification, dual-SIM, VoLTE, and 4G LTE support, a USB Type-C port, and a 3,300mAh battery with Qualcomm’s Quick Charge 3.0 fast charging technology. The HTC U11 also launched with a squeezable frame that can activate various customizable actions, and the HTC U11 Plus should support the same functionality. The HTC U11 Plus is rumored to debut in Brilliant Black and Amazing Silver color options, and its global release could be set for early December. 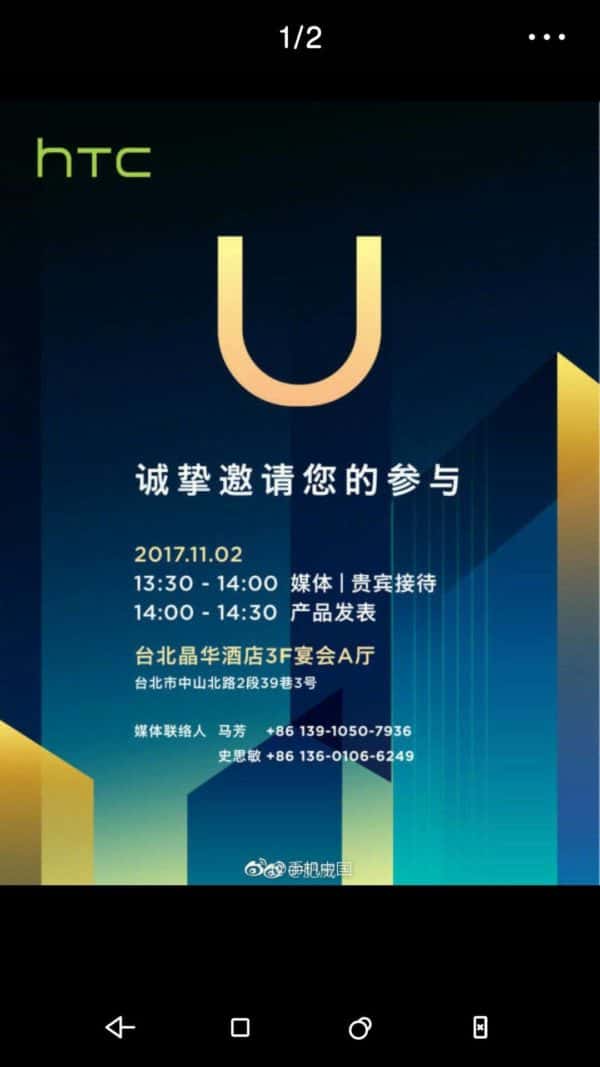