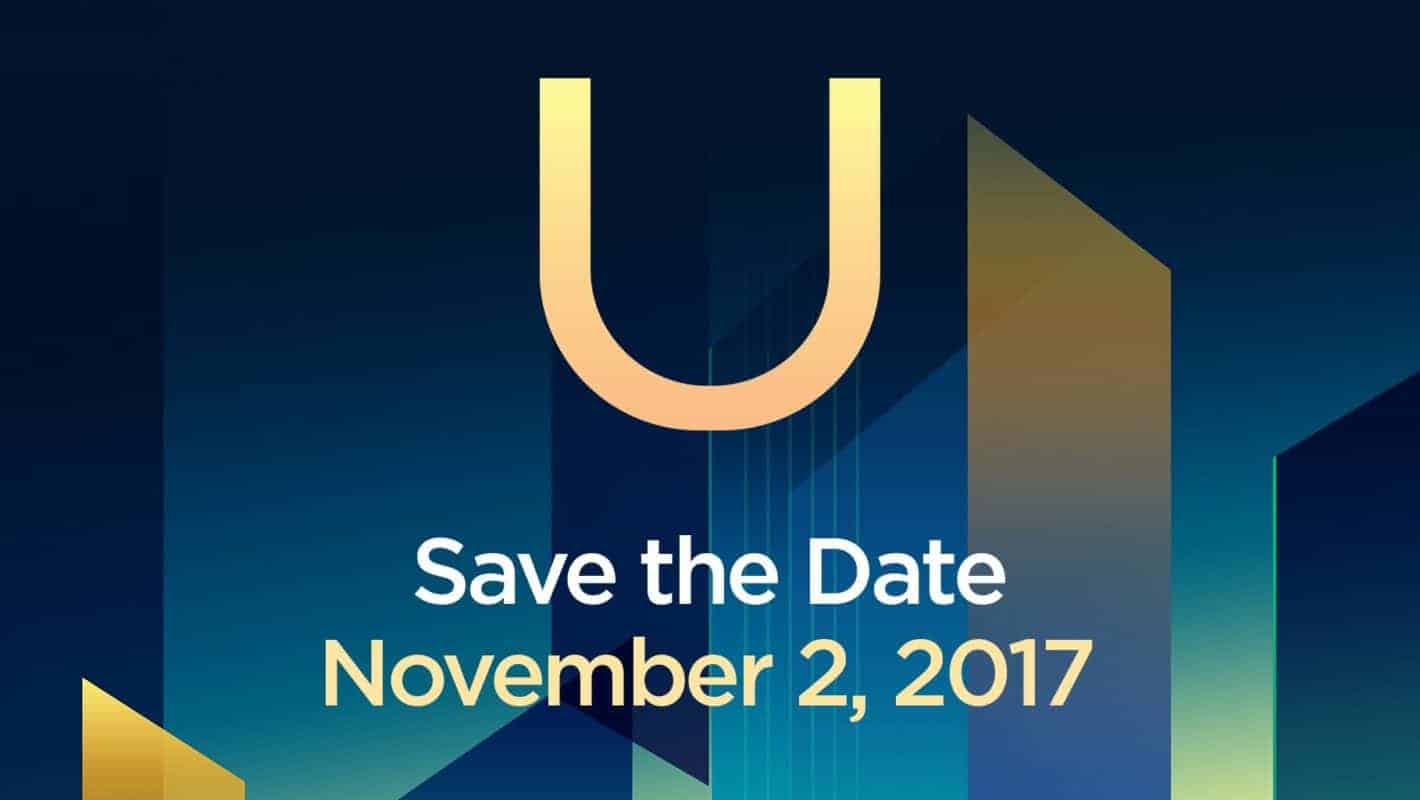 It seems like HTC just confirmed the HTC U11 Plus’ release date. The company has shared a new teaser on its official Twitter page, saying that ‘something new’ is coming on November 2, by using the ‘BrilliantU’ hashtag, and a big letter ‘U’ is also included on the teaser image itself. So, HTC did not flat out say that the HTC U11 Plus is coming, but this teaser sure seems to indicate that will happen. HTC did not mention where will this event take place, though.

The HTC U11 Plus has been popping up online for quite some time now, the device actually appeared on Geekbench yesterday, and it also surfaced in a number of renders as well. Now, the HTC U11 Plus, for those of you who do not know, is expected to be HTC’s all-new flagship phablet. The device is expected to sport really thin bezels, and a rather large display, which seems to be very popular these days in the smartphone world. Now, if a Geekbench listing is to be believed, this phone will be fueled by the Snapdragon 835 64-bit octa-core processor, while it will include 4GB of RAM, and ship with Android 8.0 Nougat out of the box. On top of Google’s operating system, you will get HTC’s custom UI, of course. Now, the HTC U11 Plus will, if leaks are to be believed, be made out of metal and glass, and it will generally look much like the HTC U11 from the back (plus a fingerprint scanner), but the front side will be different due to thinner bezels it seems, thanks to which, chances are HTC will move from capacitive buttons to on-screen ones.

Now, if rumors are to be believed, this smartphone will sport a 6-inch 3200 x 1800 display, and in addition to the 4GB RAM variant that we’ve mentioned, it could also arrive in a 6GB RAM model. The phone will pack in a 4,000mAh non-removable battery on the inside, while it will sport a single camera on the back, according to the recently-leaked renders. The phone’s dimensions have also been leaked, the phone is expected to measure 158.2 x 74.6 x 9.1mm, and it will ship with 4 microphones, and a Type-C USB port on the bottom.