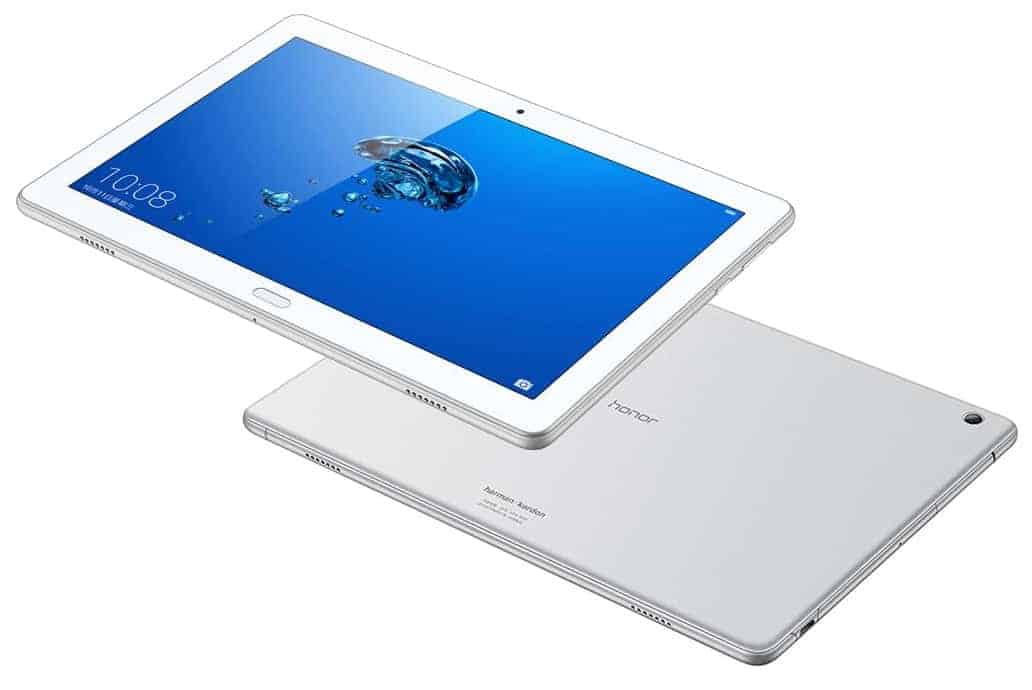 Huawei's subsidiary Honor on Wednesday announced a new Android tablet in the form of the Honor WaterPlay, with the product's name hinting at its waterproof design which boasts an IP67 rating, thus being suitable for surviving in up to one meter (3.3 feet) of static water for a maximum of half an hour. The tablet is equipped with a 10.1-inch QXGA display panel boasting a resolution of 1,920 by 1,200 pixels and is powered by the HiSilicon Kirin 659 SoC, an octa-core silicon with one 2.36GHz four-core cluster and another 1.7GHz one which also ships with the MaliT830-MP2 GPU. The Honor WaterPlay is set to be offered in two variants, with the more affordable one boasting 3GB of RAM and 32GB of internal flash memory, whereas the premium model is to feature double the storage space and 4GB of RAM, with both having a microSD card slot supporting up to 256GB of additional memory.

The newly announced tablet runs Android 7.0 Nougat out of the box enhanced with Huawei's proprietary software suite in the form of EMUI 5.1. An 8-megapixel rear camera is also part of the package, as is a 5-megapixel front sensor and a physical Home button that doubles as a fingerprint reader, the Chinese original equipment manufacturer confirmed. The Honor WaterPlay is 248 x 173 x 7.8mm in size and weighs 465g, thus being somewhat bulky. Some of its weight may have been added by the inclusion of a 6,660mAh battery with fast charging support, though the overall package shouldn't feel significantly different than the average tablet does. The device ships with a USB Type-C port and a 3.5mm audio jack while also boasting Bluetooth 4.1 LE and GPS support.

4G LTE connectivity is an optional feature of the Honor WaterPlay which starts at the equivalent of $300 in China. Getting the upgraded version with no cellular capabilities will set you back approximately $364, whereas the model which accepts a SIM card, boasts 64GB of internal storage, and has 4GB of RAM will retail for around $410. The product is presently being offered for pre-orders in Honor's home country where it's scheduled to be released on October 24th. No details regarding its (lack of) global availability have yet been provided by the tablet manufacturer, though third-party resellers like Gearbest are likely to start stocking the device shortly and shipping it internationally.