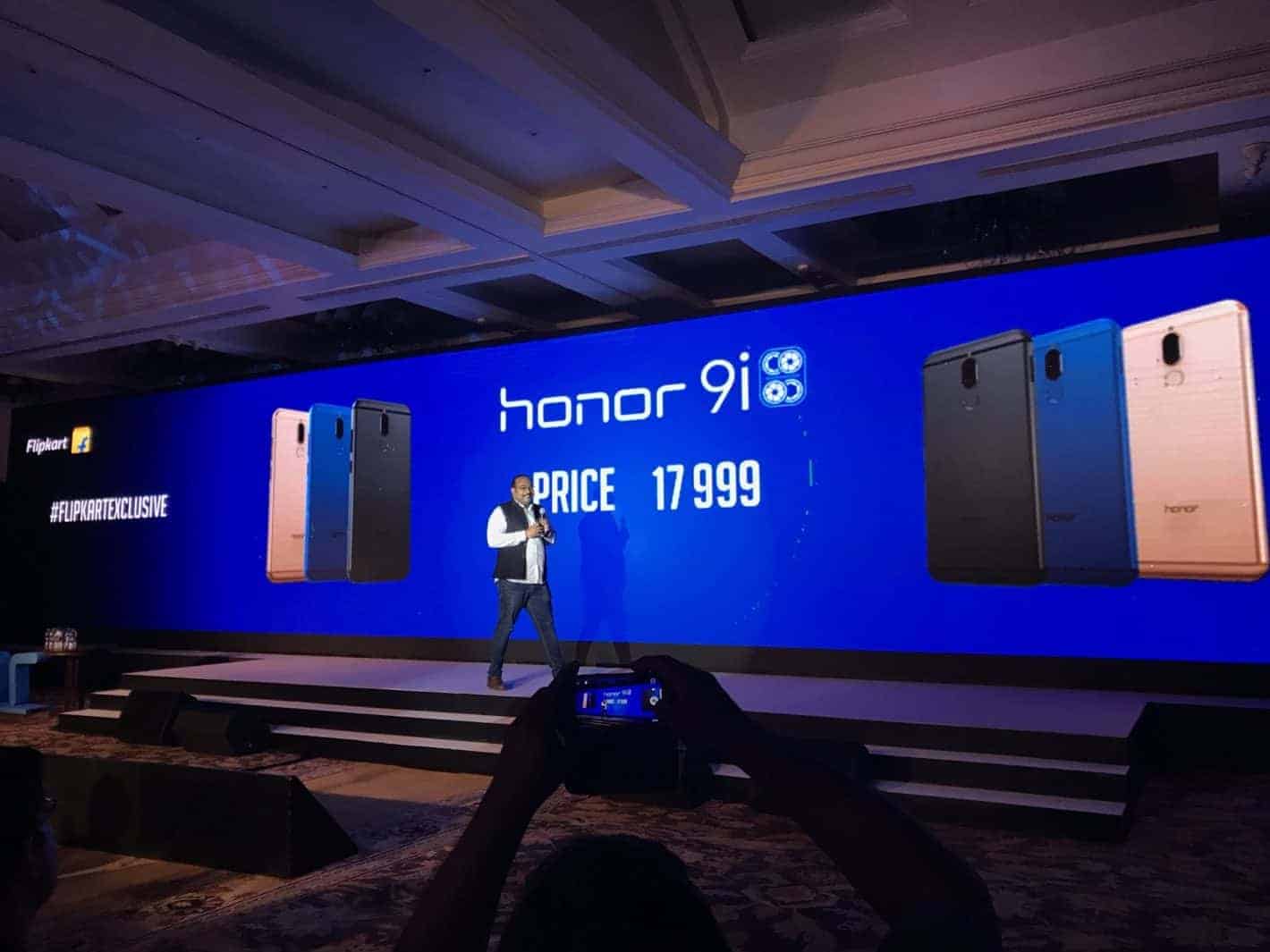 Honor has just announced a new smartphone for the Indian smartphone market, the Honor 9i. This is essentially a rebranded Huawei Maimang 6 handset which was announced in China quite recently, and it's also worth noting that it is known as the Huawei Nova 2i in Malaysia, where it was also announced recently. Having said that, the Honor 9i is a metal-clad phablet, which comes with a quad camera setup, read on.

This smartphone comes with a rear-facing fingerprint scanner, above which you'll notice a vertically aligned dual camera setup, and an LED flash which is centered above those two cameras. The Honor 9i comes without any physical keys up front, all of its physical buttons are located on the right, while its SIM card tray lies on the left. This smartphone sports a 5.9-inch fullHD+ (2160 x 1080) display with a 2.5D curved glass on top of it. As you can see, this display has an aspect ratio of 18:9, which means it is narrower than most other 5.9-inch phones out there, as most other phones come with a regular 16:9 aspect ratio. Huawei's HiSilicon Kirin 659 64-bit octa-core SoC fuels this smartphone along with the Mali T830 MP2 GPU. The Honor 9i packs in 4GB of RAM and 64GB of expandable storage, while a 3,340mAh non-removable battery is also a part of this package. 16 and 2-megapixel snappers are placed on the back of the Honor 9i, while you will find 13 and 2-megapixel shooters on the front side of this smartphone.

Android 7.0 Nougat comes out of the box here, and on top of it, you'll be able to find Huawei's Emotion UI (EMUI) 5.1 skin. Two SIM card slots are available here, and we're looking at a hybrid setup here (2 x nano SIM, one of which you can use in order to insert a microSD card). The Honor 9i support 4G LTE connectivity (with VoLTE), and also Bluetooth 4.2. The Honor 9i comes in Aurora Blue, Graphite Black and Prestige Gold color variants, while it is priced at Rs. 17,999 ($276) in China, and it will be available exclusively from Flipkart starting from October 14, for those of you who are interested.