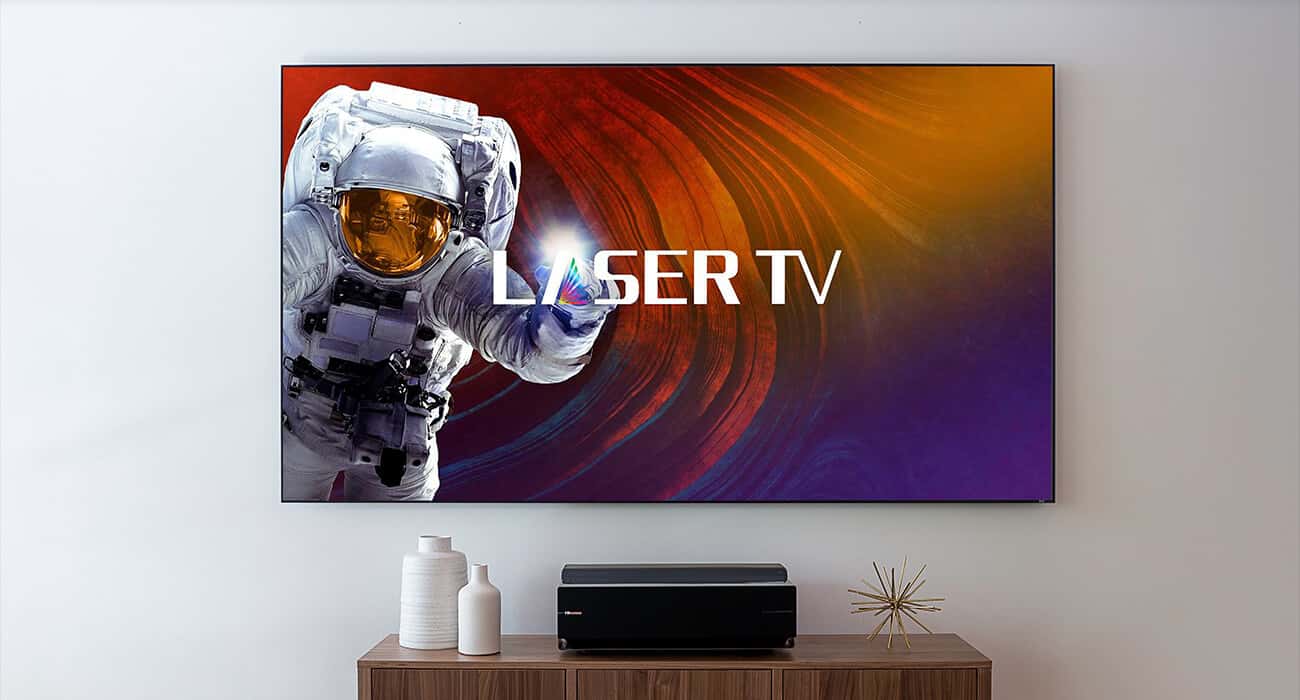 Chinese consumer electronics manufacturer Hisense recently unveiled its latest premium device in the form of the Hisense 100" 4K Ultra HD Smart Laser TV, an offering that's meant to provide users with a broad range of high-end capabilities and was designed for people willing to make no compromises when buying a TV. The latter point is reinforced by the product's price tag which sits at $9,999 not including tax and will likely be outside of most people's financial abilities. The "TV" in its name may also not be a perfectly representative word for this product which comes without a display panel and is actually a high-end projector, as evidenced by the images below. Hisense insists that its newest product is a suitably priced device equipped with a broad range of features like four 110-Watt Harman/Kardon speakers backed by a 6.5-inch wireless subwoofer, Texas Instruments-made DLP 4K UHD DMD chip, built-in TV tuner, and native support for UHD upscaling.

In short referred to as the Laser TV, the product's main selling point is its laser light source that relies on Hisense's proprietary design and typically puts optimal brightness at 3,000 lumens. While the Chinese company didn't specifically elaborate on the Smart TV platform powering its new premium offering, its latest devices ship with Roku TV and this one is presumably no different. The firm did reveal that the Laser TV supports popular apps like YouTube and Netflix thanks to its built-in TV tuner, adding that no additional set-top box is required to become a cord-cutter.

The Laser TV will be available in most markets where the Chinese original equipment manufacturer is already offering its products, including North America, parts of Europe, Australia, China, Southeastern Asia, and select countries in the Middle East. The high-end TV projector is still only available for online purchase directly from the company's official website but should make its way to Hisense's retail partners across the world over the coming weeks. As is usually the case with consumer electronics, the $9,999 price tag may become even higher in certain markets, depending on their value-added and sales tax rates, as well as other applicable fees.