The Google Home Mini is finally official. It’s Google’s answer, essentially, to the Amazon Echo Dot. Which is going to allow more people to get invested into the Google Assistant ecosystem, without shelling out nearly $130 for the original Google Home. The Google Home Mini is about a third of the price, coming in at $49. Now to shave off that much cash from the price tag, Google did have to cut out a few features, and the biggest one is the speaker quality. The Google Home wasn’t the best, in terms of sound, but it was actually fairly good when compared to something like the Amazon Echo, which despite its size, wasn’t actually that great, it was just loud. The Google Home Mini, not so much. It has a much smaller speaker, so while it does still get pretty loud, it’s not going to sound as good, which will be important to audiophiles.

With the Google Home Mini, Google is betting that you are picking one up to simply use Google Assistant and not to stream music. But that ability is still there – and users will be able to connect an external speaker for better sound quality. While many do have Google Assistant already on their smartphone (any Android device running Android 6.0 Marshmallow or later, and iOS devices running iOS 9.3 or later) having it in a standalone speaker is a big deal and will get people to use it a bit more. 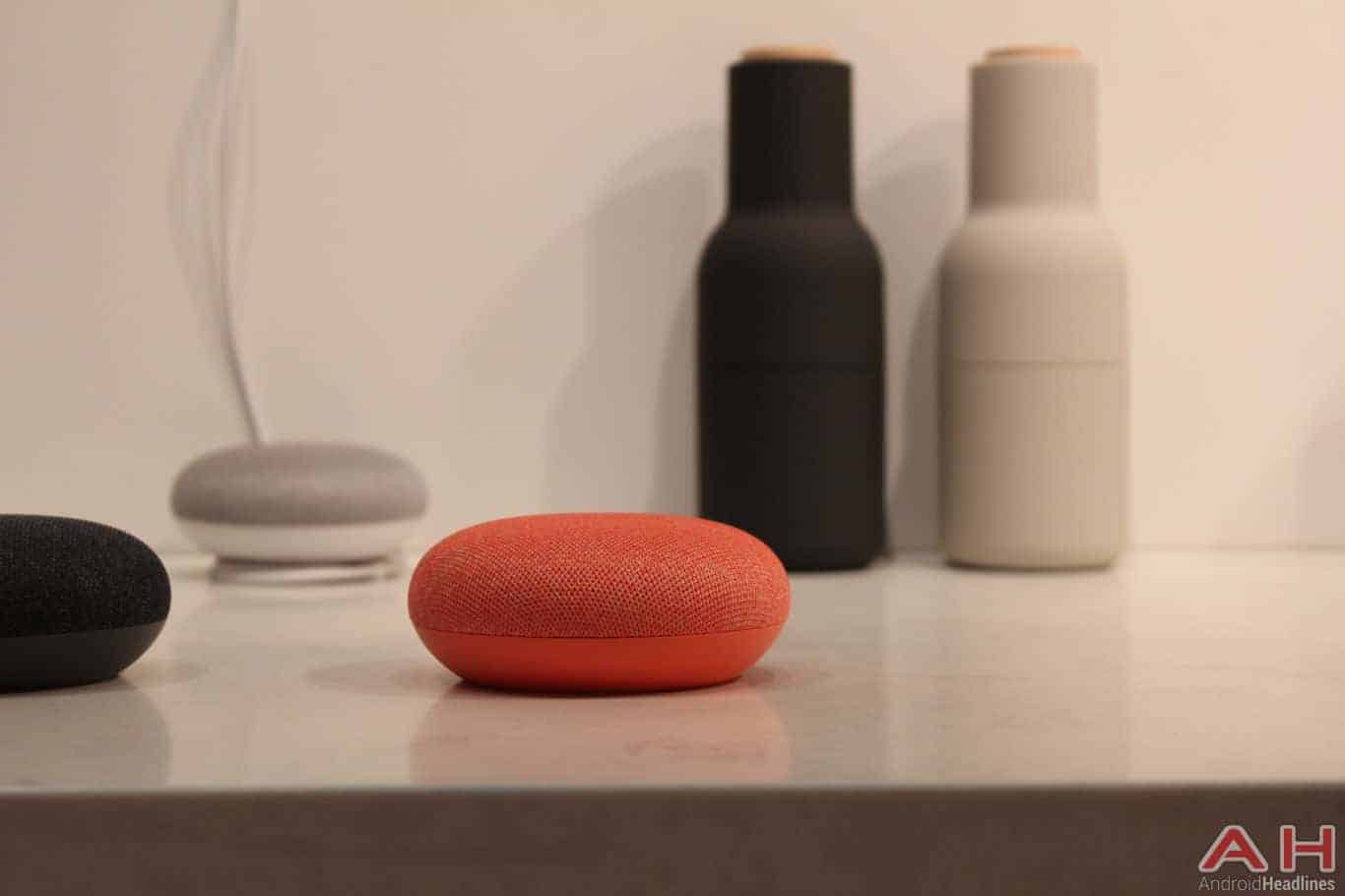 As far as functionality goes, the Google Home Mini works exactly like the larger Google Home. You can ask the Google Assistant to do things like calling your mom, or texting someone via WhatsApp, this is especially useful now that Google Home can make phone calls to numbers. Not to mention asking CNBC for the latest news headlines, or starting a workout with Fitstar. The possibilities are endless with the Google Assistant, and let’s not forget smart home control. Google Assistant works with a slew of smart home products like the Nest Learning Thermostat, Philips’ Hue light bulbs, LIFX bulbs, WiZ bulbs and even the Nanoleaf Aurora lighting system, just to name a few. Allowing you to ask Google Assistant to turn your lights off, adjust the temperature in your home and much more.

Now the Google Home Mini is pretty small, it’s shaped like a hockey pick but a bit larger. Instead of having almost a full circle of lights on the top like the Google Home, it has just four lights straight across. These are used to indicate when Google Assistant is listening, when it is thinking and even to show the volume level. Like the Google Home, you can swipe across the top to adjust the volume when playing music or even talking to Google Assistant. The top of the Google Home Mini is covered in a cloth material, which is likely to keep it clean, and Google is offering it in three colors – chalk, charcoal and coral (or white, gray and red). It’ll be in stores in a few weeks with that $49 price tag.