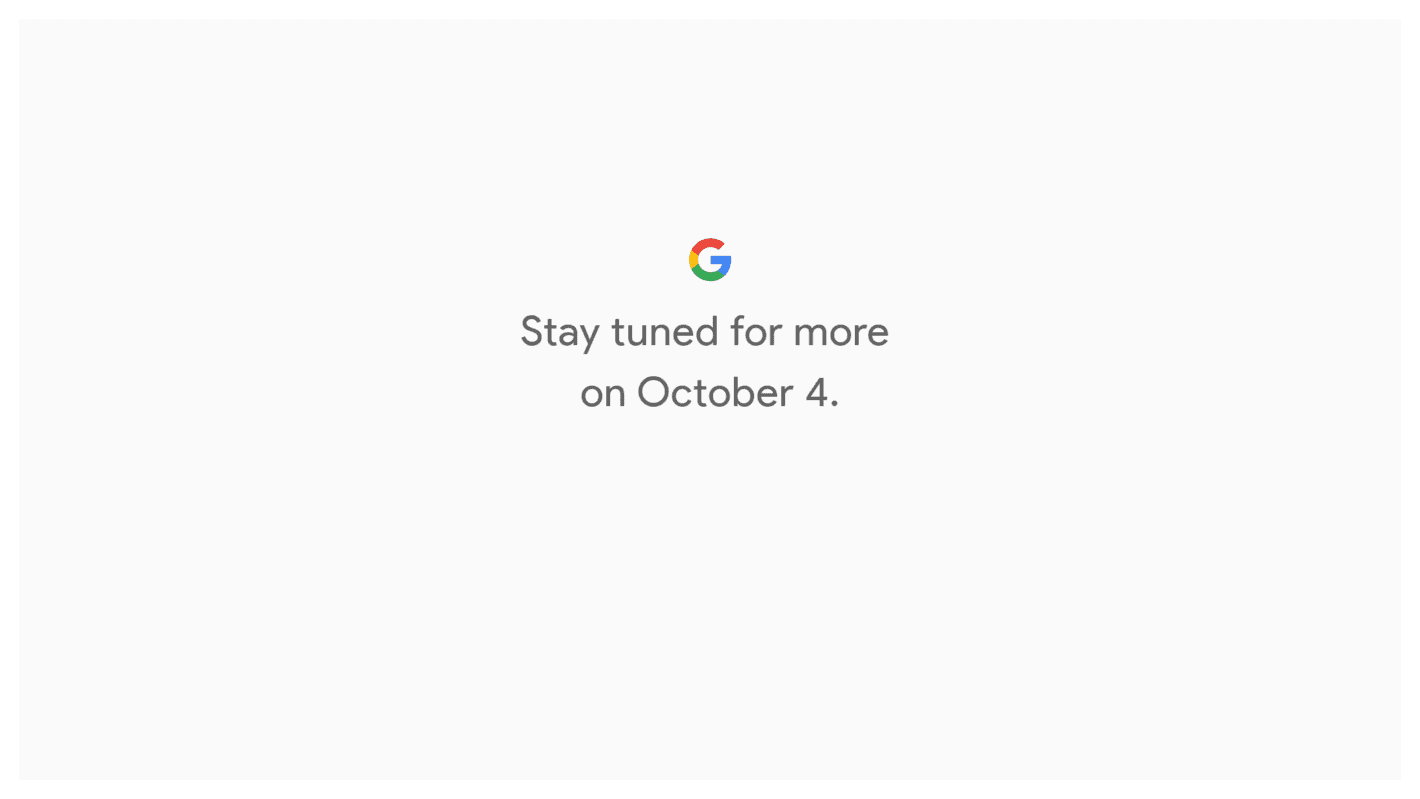 Google's latest hardware event is about to kick off a bit later this morning, and there's a lot to expect as Google has been rumored to announce a whole lot of new stuff. This includes the all new Pixel 2 and Pixel 2 XL, Google's latest smartphones and the second generation of devices in the Pixel series, complete with a handful of changes from the original models including improvements on the inside like the new Snapdragon 835 processor. Both phones also come with new colors, and some nifty new features that will surely entice a new crop of customers that may not have been interested in the first Pixel and Pixel XL.

While the new Pixel devices are no doubt going to be the most exciting piece of hardware for some people at the event, Google is also expected to announce the new Google Home Mini, a smaller version of the Google Home that is meant to compete with Amazon's Echo Dot. This was leaked a couple of weeks back along with more pictures of the Pixel 2 and Pixel 2 XL, and it comes in three colors to give consumers some choice on what they want. This is also expected to launch at a much lower cost than the standard Google Home, coming with a price tag of $49.99, making it easier for some consumers to start getting into smart home equipment.

If Google was just going to announce these three things, then it would still be an exciting hardware event, but this isn't all that's said to be on the list for announcements. A new Daydream View headset is scheduled to make an appearance as well and come in new colors, all for $99. Last but not least, Google is said to be announcing the Pixel Book, a new premium laptop that will offer ultra portability, complete with some great functionality thanks to an optional pen stylus for the touchscreen. As expected, the Pixel Book is likely going to have a pretty high price tag, as the rumor from its leak a couple of weeks ago suggests that it will start at $1,299. This is pretty much in line with what the last Chromebook Pixel cost, so this shouldn't be a surprise. While these are all the things that have leaked and are expected to make an appearance at the event today, there's always the possibility that Google could have a surprise or two hiding up its sleeves.