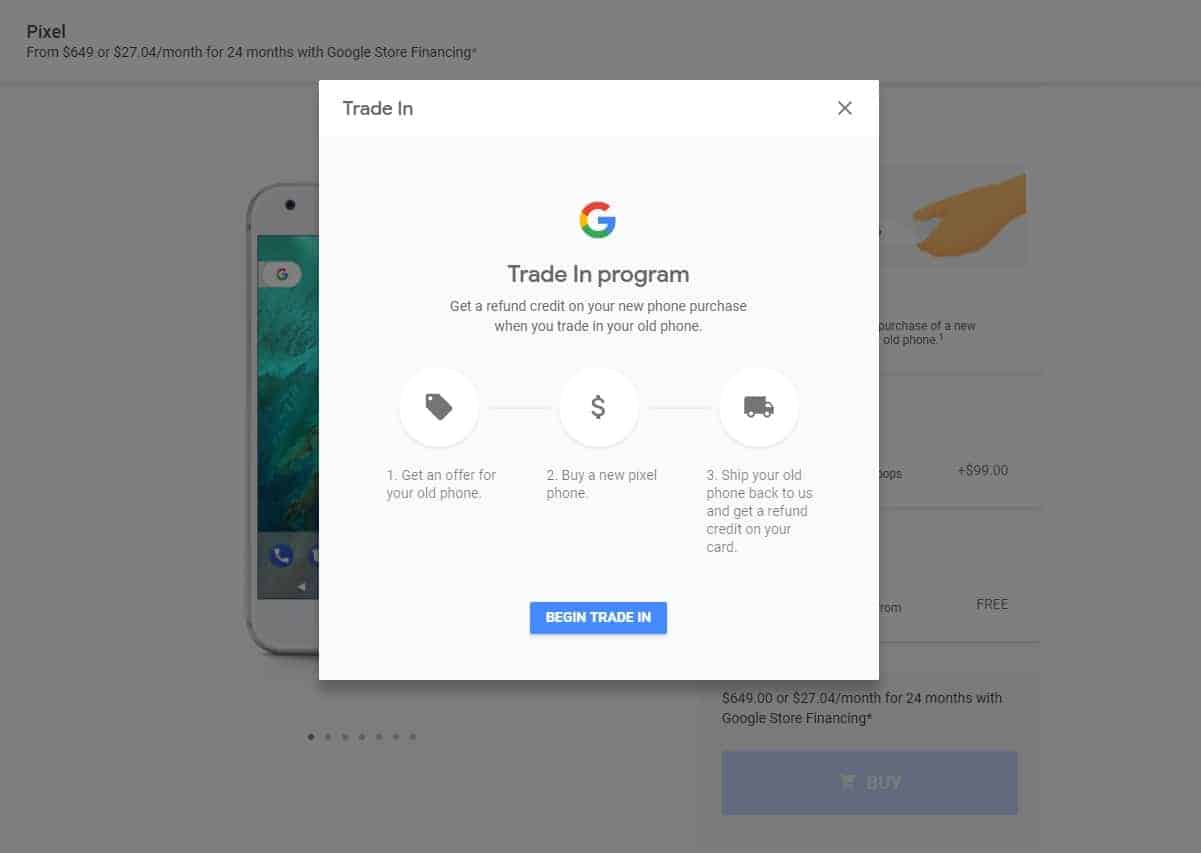 For those planning on ordering a Google Pixel 2 or Pixel 2 XL (and especially for those who have already pre-ordered), it seems as though there was some confusion around the details of the newly-launched trade-in program. Specifically around how long you have to trade in a device. The issue stemmed from the language used by Google in its T&Cs where it states a trade-in value suggested by Google is only good for 30 days from the time the trade-in value is first suggested/agreed. So for example if you agree to a trade-in value with Google today then you only have 30 days from today's date to trade in the phone and get that agreed value. Which is of course an issue for those who are pre-ordering and not expecting their new Pixel 2 or Pixel 2 XL to show up within the next few weeks.

This is where the correction has now been made as Google has reportedly stated that the trade-in value will be good from the date in which the phone is received. So if someone agrees today on a trade-in value, pre-orders a 64GB Pixel 2 XL in Just Black and are told that it will ship "in 2 – 3 weeks" (which is exactly what the Google Store is currently saying), then the 30-day trade-in value hold will not kick in until those 2 – 3 weeks have passed and the phone has not only shipped out, but also been received by the recipient. To be clear, as of today the Google Store's T&Cs do still clearly state "phones sent for trade in must be received within 30 days of initiation of trade-in process," but according to Droid Life Google is honoring a start period from the time of receipt.

As for the trade-in program in general, this can be a good way to save on the purchase of what is a fairly high priced smartphone to begin with. Needless to say the trade-in value is relevant to the age of the smartphone, as well as its general condition, however, as a best case scenario, a 32GB Google Pixel XL traded in today will result in $400 being knocked off the cost of a new Pixel 2 XL. Bringing the final cost of the 64GB Pixel 2 XL in Just Black down to only $449.