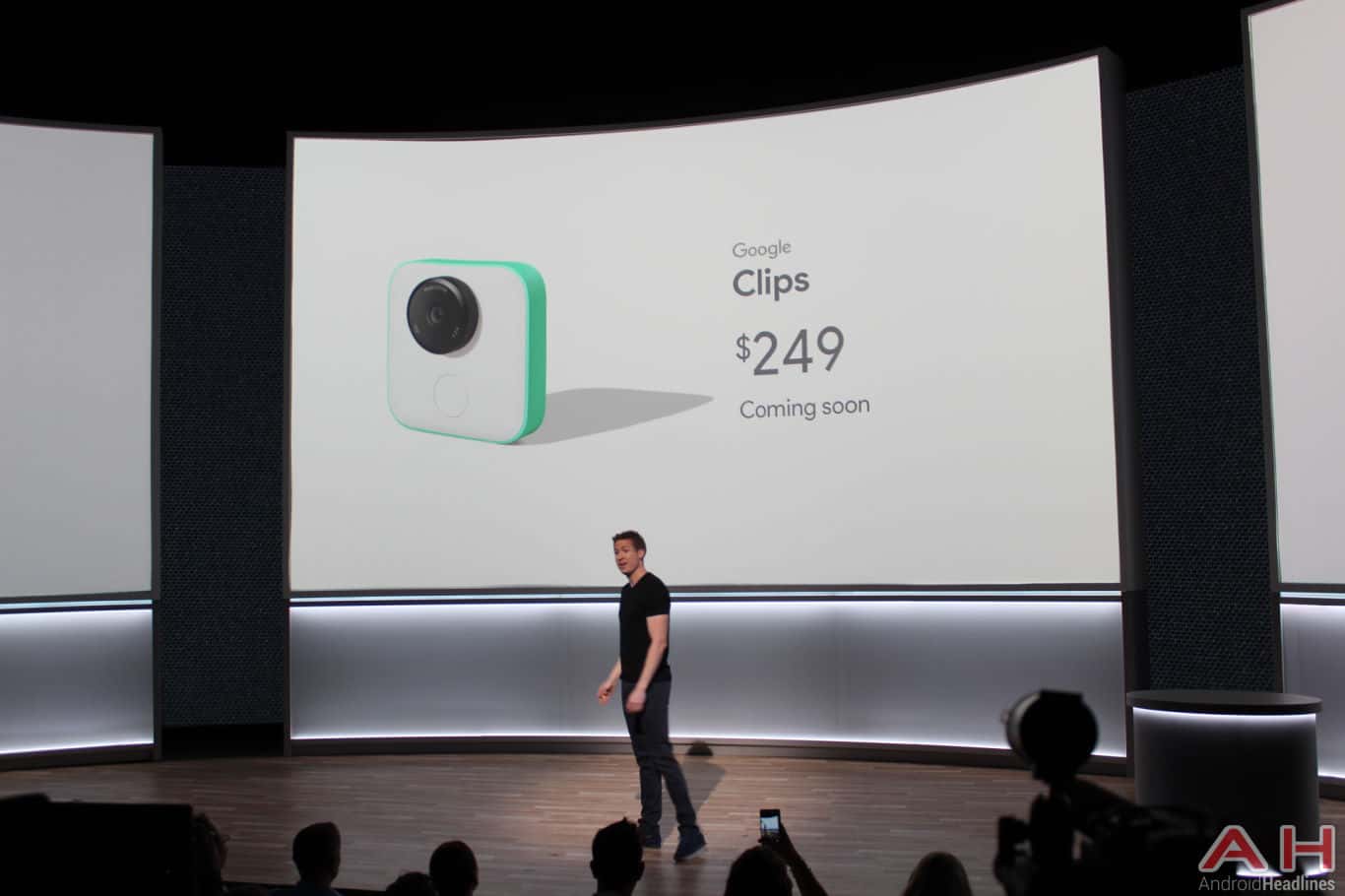 One of Google's brand new products unveiled today during the Pixel 2 launch event was Google Clips, a new miniature camera that can capture photos and short soundless clips automatically for the user with the help of machine learning. The device was created around the idea that many of those perfect photography moments can be lost by the time a camera is readied for action, and although it comes with its own physical shutter button, the device was primarily designed to be placed in the user's vicinity and automatically detect the right moment for capturing images.

The Google Clips camera makes use of machine learning on the device itself, which means that the camera is not required to be connected to an external device or the new Pixel smartphones in order to operate at its full potential. Google claims this is somewhat of a technological breakthrough considering that this level of machine learning previously required a supercomputer not too many years ago. In any case, the purpose of the AI built into the miniature camera is to determine those perfect photography moments and take advantage of them in a timely manner. The AI is able to detect faces and smiles, and can even recognize pets. However, Google Clips isn't limited to capturing only photos, as the device does actually record soundless video which can then be exported in photo, GIF or video format. The files are stored on the camera's 8GB of on-board memory and can be sent over to connected devices such as smartphones over a Wi-Fi network. As far as other technical details go, the camera is equipped with an LED light that lets users know when they are being recorded or photographed, and features a 130-degree wide-angle lens as well as an image resolution of 12-megapixels.

At launch Google Clips will be compatible with the Pixel smartphones, the Samsung Galaxy S7 and Galaxy S8 series, as well as the new generation of iPhones, but it's not entirely clear when or whether additional smartphone models will be added to the list later down the line. Either way, the tech giant revealed that the Google Clips will be coming "soon" for the price of $249, though no exact launch details have been confirmed at the Pixel 2 launch event.