The Google Pixel 2 and Pixel 2 XL both went up for pre-order earlier today on the Google Store, and it appears that the shipping times are already slipping to as far out as 6-7 weeks for some models. This is something that happens virtually every year with Google, even dating back to the Nexus devices, and most notably with the Nexus 4, which was really only in stock for a few minutes on one day out of the week before it sold out completely. Luckily, Google has redesigned its store this year so that even when devices are out of stock, you do still have the option of ordering it, and it'll arrive when stock is available.

At the time of writing this post, only the Pixel 2 in black is still "in stock". Both the 64GB and 128GB are still in stock. While the white 64GB is sitting at 5-6 weeks, the white 128GB at 2-3 weeks and the blue 64GB is at 6-7 weeks. Over on the Pixel 2 XL, things are a bit worse. The white models are both out of stock with a waitlist, and the black models are both sitting at 2-3 weeks. Now of course these numbers will likely change over the coming days (and even in the next few hours as more people start pre-ordering). But this is why Google has started doing pre-orders for its smartphones. With the launch date being about two weeks away, it allows Google to ramp up production and hopefully get Pixel 2's into more hands sooner.

The Google Pixel 2 started pre-orders today, but it's not expected to be available or in stores until October 19th, that's two weeks from tomorrow. Additionally the Pixel 2 XL isn't expected to be available until later than that. Both devices were unveiled today and got quite a bit of praise, even though they both look similar to last year's models, there are some nice changes here. Like the smaller bezels, compared to the original Pixel smartphones. Both are available unlocked on the Google Store and will work with all of the US carriers, so no matter which carrier you are with, you'll be all set.

Interestingly enough, Verizon's website still says that it'll be delivered by October 19th. So if you are on Verizon and want to get a Pixel 2 or Pixel 2 XL, you may want to visit its website to make your purchase. 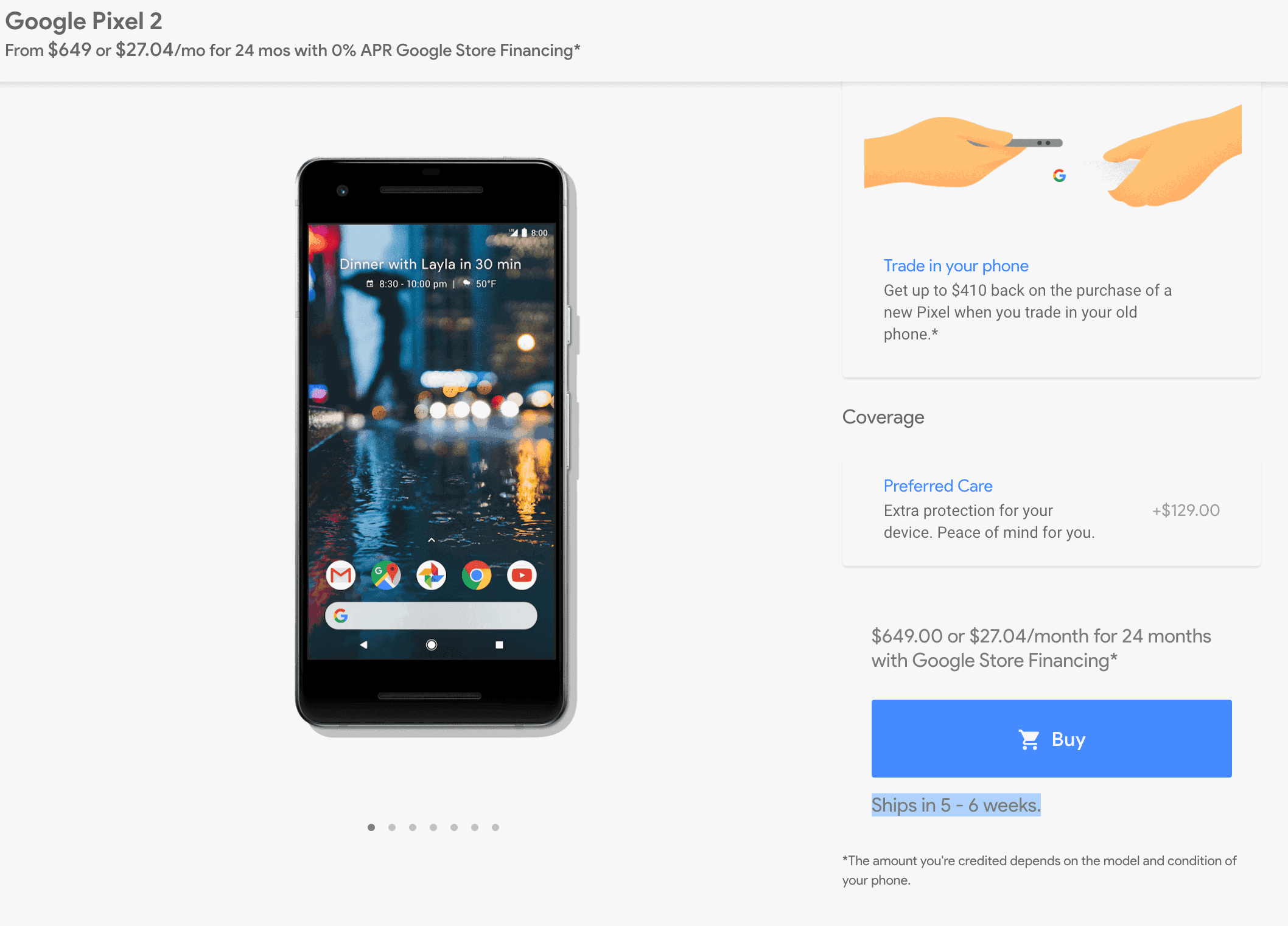