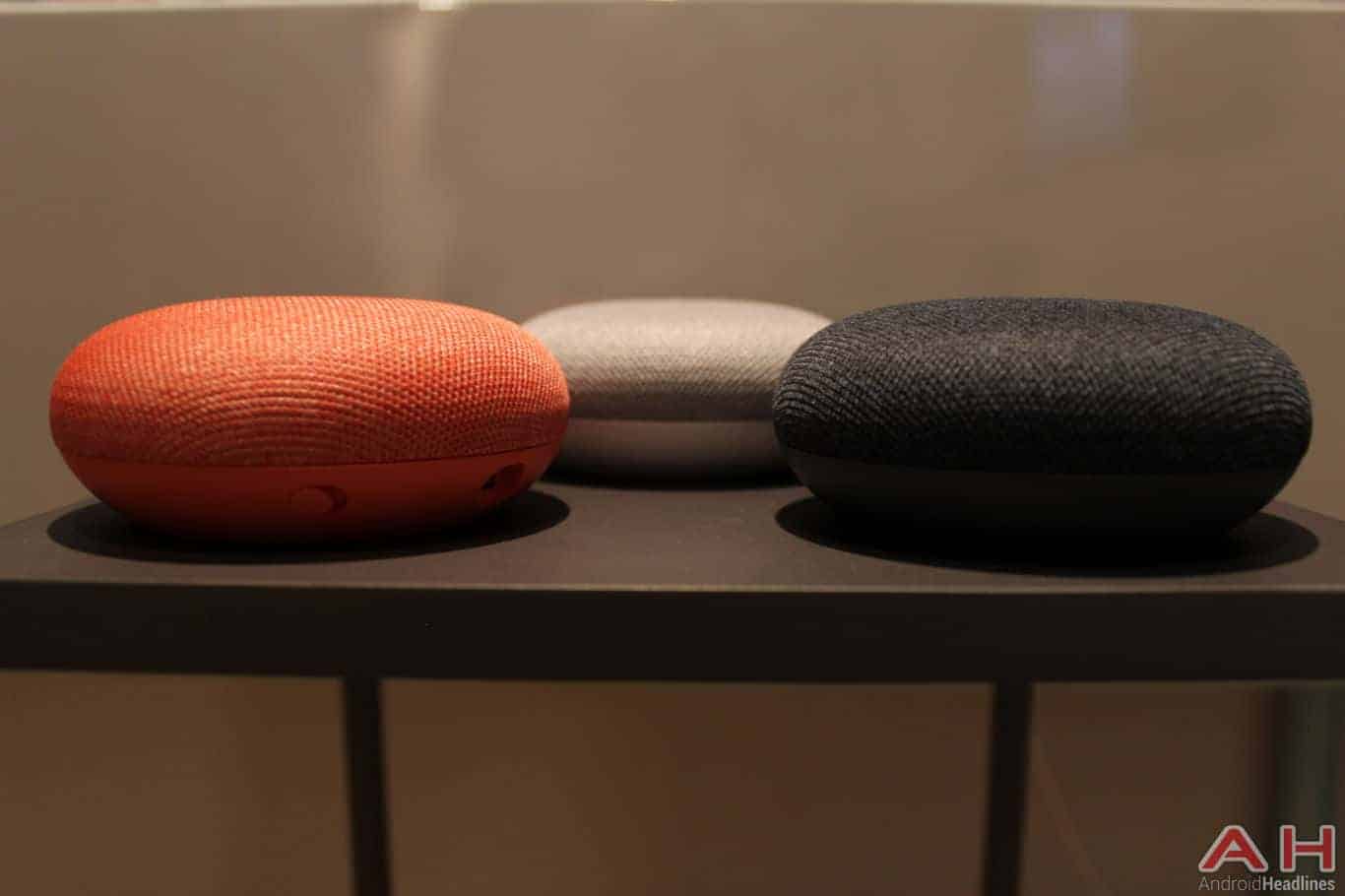 Update: Below is a statement in full from Google.

“We take user privacy and product quality concerns very seriously. Although we only received a few reports of this issue, we want people to have complete peace of mind while using Google Home Mini.

We have made the decision to permanently remove all top touch functionality on the Google Home Mini. As before, the best way to control and activate Google Home Mini is through voice, by saying “Ok Google” or “Hey Google,” which is already how most people engage with our Google Home products. You can still adjust the volume by using the touch control on the side of the device.”

Google Home Mini units will be receiving an update over the next few days which is primarily designed to permanently disable the ‘top touch functionality’ of the device. Although Google Home Mini units have yet to properly start shipping out to buyers, it did become clear this week that some units were suffering from an issue where they were registering phantom touches as real touches and as a result, activating their listening (and sometimes, recording) feature.

Due to this issue Google had previously advised that an update would roll out to temporarily disable the ability to touch the top of the device and activate the listening mode. Something which at the time was understood to be a short-term fix to the issue while Google worked on a more long-term solution. However, a post has now gone live on the company’s support forum which deems the issue to be a “fixed issue” and by ‘fixed,’ the post explains that the incoming update will permanently remove the functionality. Google expects the full rolling out of the feature to be completed by October 15, 2017.

As a result, and for those still considering purchasing a Google Home Mini, this confirmation effectively means that the only way users will be able to interact with the unit is by using a voice command, such as “Ok Google” or “Hey Google.” Although it is currently unclear as to how many orders may have already been made for the Google Home Mini, this is still likely to be a device that ends up in the hands of a number of people as Google did launch a Pixel 2-related promotion where anyone who pre-ordered a Pixel 2 or 2 XL is entitled to receive a free Google Home Mini. So chances are good that there is going to be a lot of Home Minis heading out soon enough, along with Pixel 2 and 2 XL orders. While this is an issue that was said to be only affecting a small number of units, Google explains that this decision has been made to “avoid any confusion” and give buyers “complete peace of mind” with the product. Those interested in reading the full posting on this can do so through the link below.