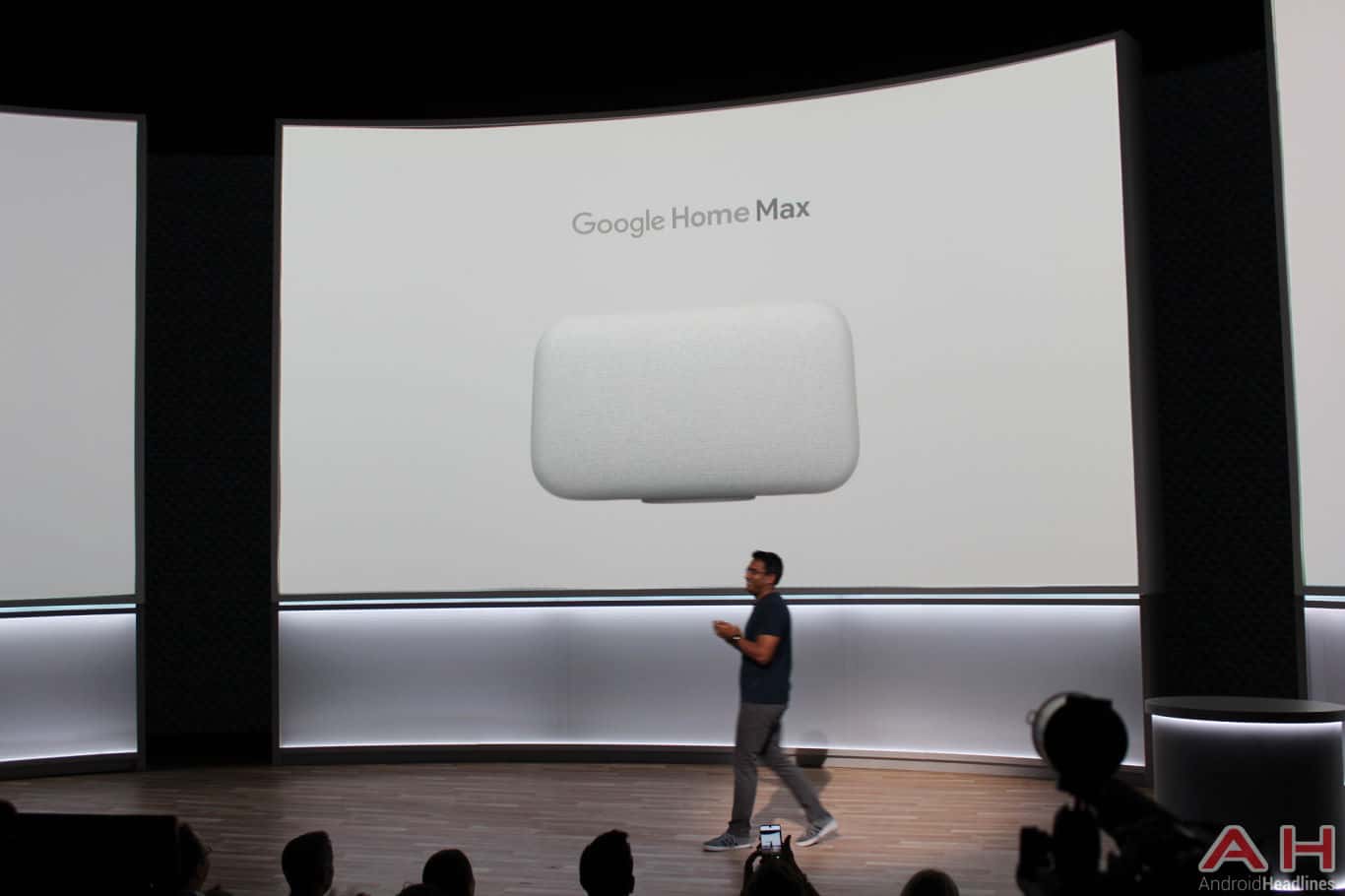 Now, this is a smart speaker, in its essence, it is powered by the Google Assistant, and is also equipped with the newly-announced AI-powered software called Smart Sound. Now, thanks to Smart Sound, the Google Home Max can adjust itself based on its environment, for example, if you're having a party and there's plenty of noise in a room. Smart Sound will automatically correct any audio anomalies, and will adjust itself. As far as placement goes, you can set up this speaker vertically or horizontally, it's up to you, as it's made for both orientations, it all depends on your preference. The Google Home Max supports Bluetooth, for connection purposes, and you can also plug it into your vinyl player. This smart speaker integrates seamlessly with the Google Home family of products, says Google, and in general, it offers that unintrusive design.

Now, Google also shared some availability information when it comes to this smart speaker. The Google Home Max will go on sale in December, and it will first become available in the US, as expected. This smart speaker will be available from the Google Store, that much we know for certain, and it will cost $399, while you'll be able to get it in one of the two available color variants, Chalk or Charcoal. This smart speaker will be available through a number of other sources, probably, though Google did not mention any details regarding that. The Google Home Max also comes with a 12-month subscription for YouTube Red, which is a nice addition by Google. Now, as far as other countries are concerned, Google said that it will hit other countries early next year, without releasing any specific details

Advertisement
Advertisement
Trusted By Millions
Independent, Expert Android News You Can Trust, Since 2010
Publishing More Android Than Anyone Else
26
Today
106
This Week
26
This Month
4015
This Year
105492
All Time
Advertisement