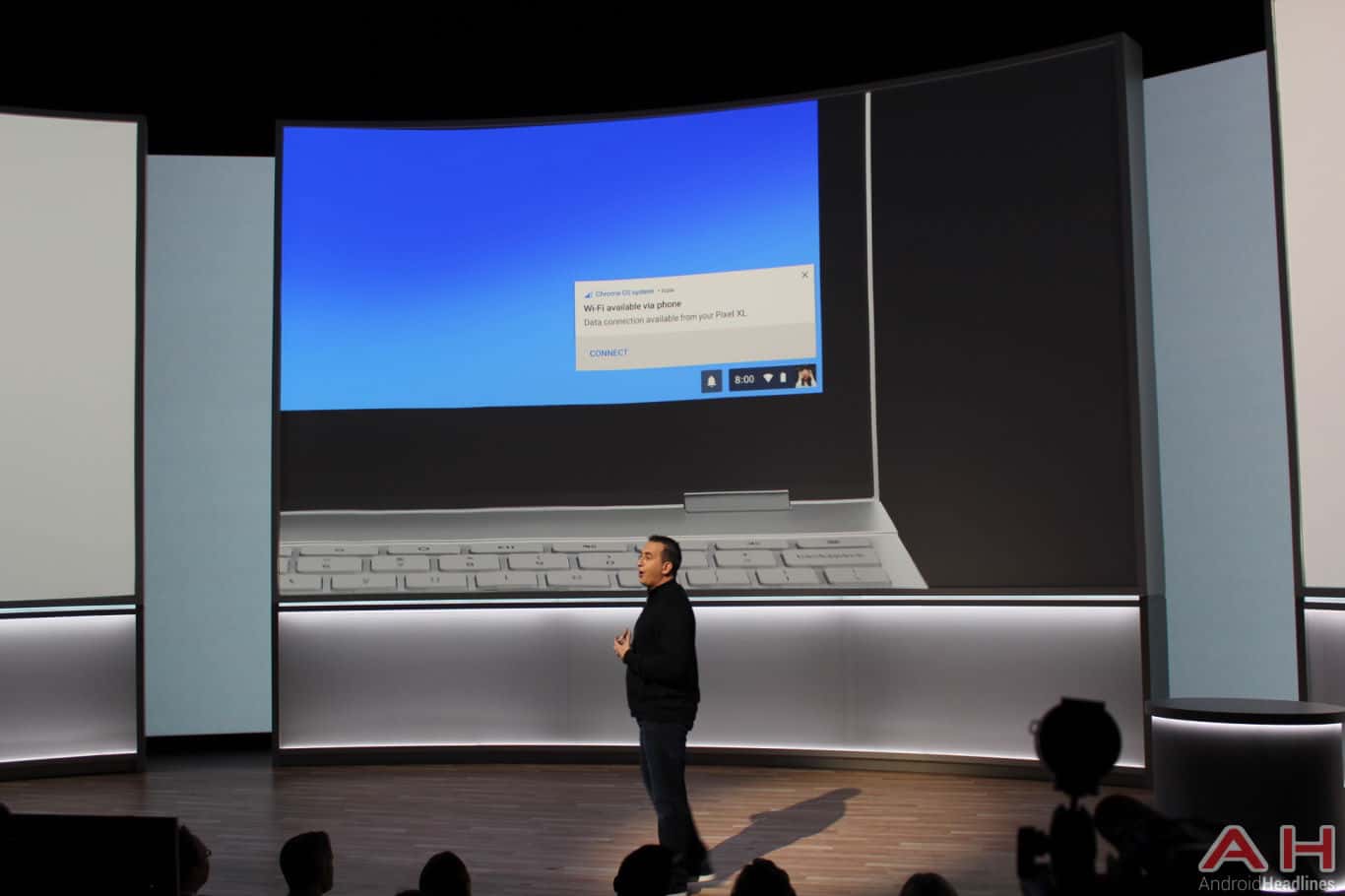 Google unveiled a swath of new hardware at its event today, and among the new hardware was a new Chromebook in the Pixelbook. It appears to be the next generation Chromebook Pixel, but it leaves the "Chromebook" out of its name. The Pixelbook is a pretty high-end Chromebook, with a starting price of $999. But one of the features that Google showed off during its presentation of the Pixelbook was Instant Tethering. Where the Pixelbook is able to tether from your Android smartphone automatically when there is no known WiFi networks available to connect too. Interestingly enough, this is a feature Apple has had for years, so it's actually a case of Google catching up.

Advertisement
Pre-Order the Pixelbook
Advertisement
Trusted By Millions
Independent, Expert Android News You Can Trust, Since 2010
Publishing More Android Than Anyone Else
5
Today
38
This Week
146
This Month
4131
This Year
105608
All Time
Advertisement