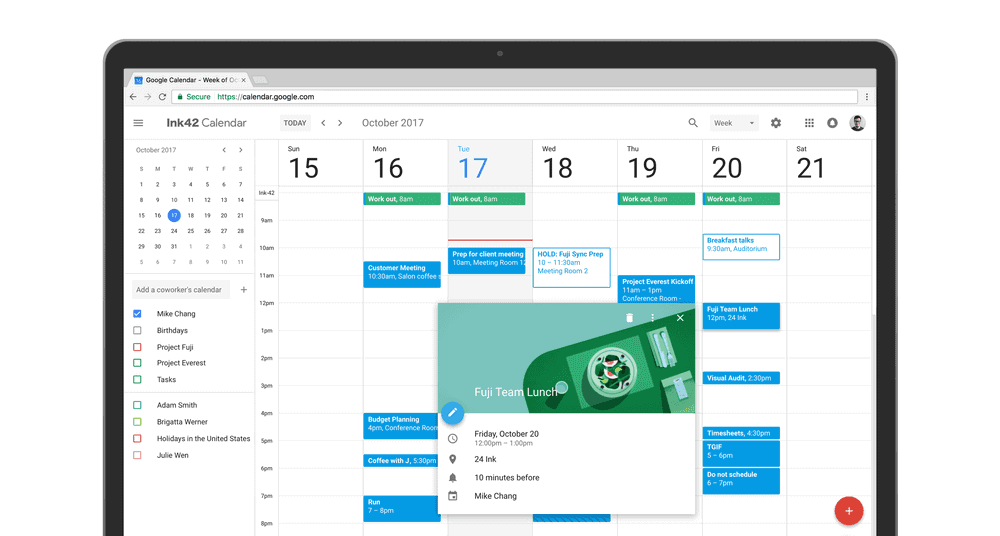 Google Calendar for Web's new look is now live for all, spreading the refreshed user interface style that incorporates the most recent of Material Design elements into the application for users who tend to access Calendar more on the desktop platform. While there are certainly going to be some differences between this new look for web and the app on Android and iOS devices, the general overall style of the UI is now much more in line with what can be found in the app version, from the thick colored headers on new event windows when creating a new event to the circular-shaped highlights on the current day for the Month View, which for the web version can be found in the top left corner of the UI, as seen in the images both above and below.

Aside from the new view, which is obviously going to be the front-and-center change that users will notice first, there are a handful of improvements on the functional side to look out for, not the least of which is Calendar's new support for adding rich formatting options and hyperlinks to new event invites. With this new change, when creating a new event and sending out invites to users, hyperlinks can be added into the invite that users who the invite was sent to will be able to click, which will then take them straight to the attached content, like a document for work that relates to the event.

Another new functional change is the ability to see more than one calendar in the Day View side-by-side. This won't be meaningful for every single user, but for those who tend to manage two or more calendars at a time and fairly often, this will likely prove to be very useful if the need for comparing both calendars at once arises for any reason. One other major change to the web version of Google Calendar is the ability to see details for conference room events when you hover your mouse cursor over the event. So for instance, if you move the cursor over to the event and hover over the name of the conference room, you'll see information like what floor the room is on, how many people are attending the conference, and what kind of conferencing equipment there will be inside of the room, such as video and audio gear. While the new features highlighted by Google with the rollout today are new, the visual changes to the UI have been in testing for a short period, with Google having mentioned the refresh about Calendar back on August 14th. 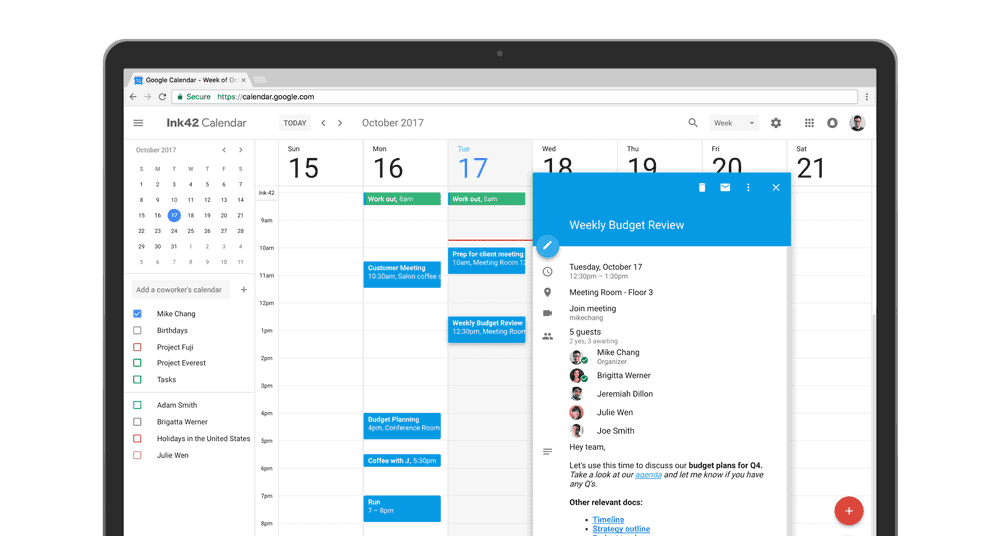