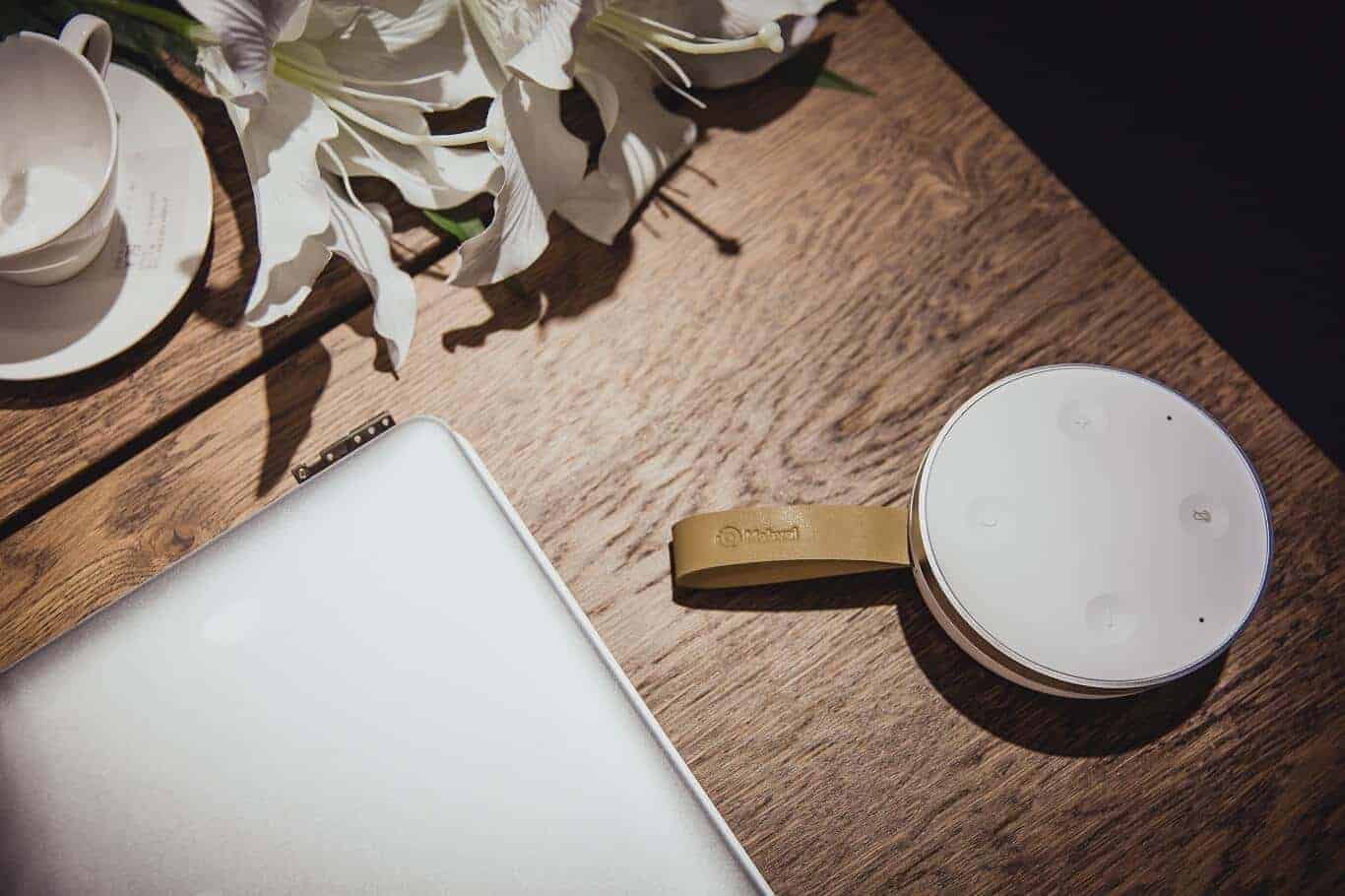 Toward the end of August (during IFA 2017), Mobvoi announced its latest product, the TicHome Mini. This is another smart home option for consumers to consider and one which comes with the Google Assistant built-in. Which in many ways, makes this somewhat of a competitor to Google's own Home Mini unit. Following that initial announcement, Mobvoi today announced the TicHome Mini is finally becoming available to buy. While Mobvoi has now confirmed TicHome Mini as becoming available, at present it is only becoming available to pre-order from today and only through the company's official website. In terms of the price, this is a device that is due to arrive with a $99.99 price attached, although those who opt to pre-order will be able to take advantage of an advanced sales price of $79.99.

While this is a unit which is similar to Google Home Mini, the biggest selling point and differential is that TicHome Mini is designed to be super portable. Meaning that this is technically speaking, a Google Assistant-enabled device you can take with you on the go. A selling point which is further aided by the inclusion of a 2,600 mAh capacity battery – something that is not on offer with the Home Mini. Continuing its focus on use when away from the home, this is also a unit that has been designed with durability in mind. Which is best summed up by the TicHome Mini's inclusion of an IPX6 splash-proof rating, making it as ideal for use by the pool or the shower, as anywhere else.

While this is being positioned as an on the go Google Assistant solution (and by association compatible with Google Assistant-integrated apps and service such as iHeartRadio, Nest, and IFTTT), its baseline feature remains to be its use as a speaker which is able to connect to mobile devices including smartphones and play back audio files via Bluetooth. Its connected nature is further facilitated by the inclusion of the company's own TapConnect technology which allows compatible devices to connect even quicker via NFC. For those who do plan to pre-order, the company has stated it expects deliveries to commence within the next few weeks and certainly in time for the Holidays. While for those looking for a greater level of customization the TicHome Mini is available in a variety of different color options, including black, white, teal, and pink.

Advertisement
Pre-order TicHome Mini
Trusted By Millions
Independent, Expert Android News You Can Trust, Since 2010
Publishing More Android Than Anyone Else
5
Today
86
This Week
86
This Month
3256
This Year
104735
All Time
Advertisement