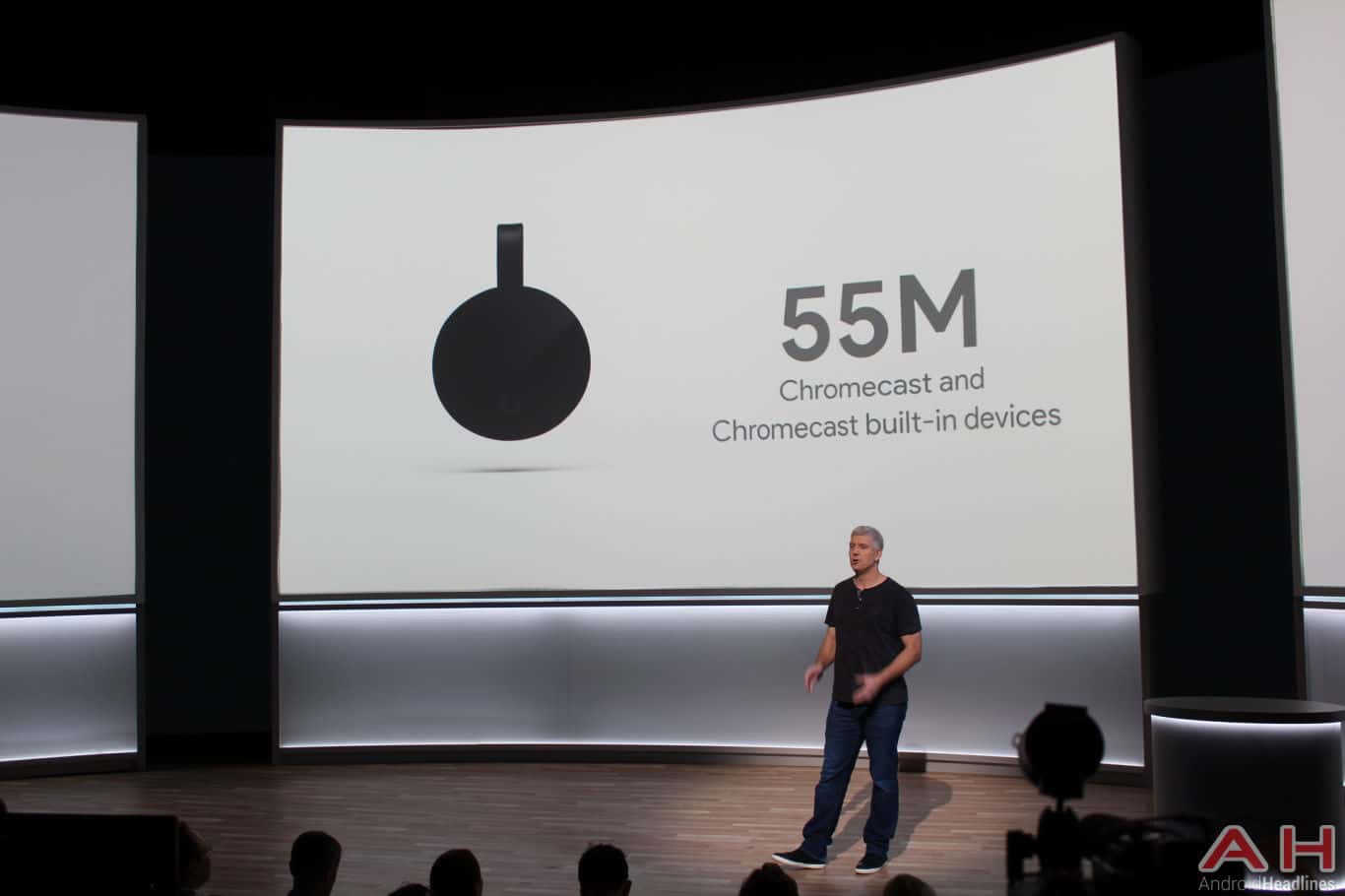 During today's Google event in San Francisco, the company announced some numbers, including the number of Chromecasts sold to date. After announcing the first Chromecast in 2013, and selling it for just $35, Google has managed to sell 55 million units. There are three Chromecast models, so far, which include the first generation, the second generation and then the Chromecast Ultra which was designed specifically for those looking for 4K content.

The Chromecast was unveiled in 2013 as a bit of a surprise for many. It was not leaked at all, but it was announced along with the Nexus 7 2013. The Chromecast actually kickstarted Google's latest entry into the living room, after failing with Google TV. Chromecast is a small dongle, that plugs into the HDMI port on the back of your TV. It then can be plugged into a USB port on the back of your TV or plugged into the wall for power. It essentially makes your TV smarter than it was before. Allowing users to go ahead and "cast" content to their TV and using their smartphone, tablet or even laptop as the controller. It initially launched with a few apps support, but since then it has added thousands of compatible apps, including everyone's favorites like Netflix, Hulu, YouTube, HBO Now and many more.

Back when the Chromecast launched, there weren't many options for making your TV smarter, other than just buying a smart TV. Android TV didn't exist then, and Roku was really the only choice. Smart TV operating systems weren't really user-friendly, and that's partly why the Chromecast did so well when it launched. Google made it super easy to setup and use. On top of that, Google launched the Chromecast for just $35, undercutting the Roku Streaming TV stick at the time, which was priced at $50. Which made it an instant buy for a lot of users. Chromecast is still available for purchase, with the Chromecast Ultra costing $69, due to the fact that it is a 4K capable Chromecast that does require a stronger processor and also has an Ethernet port built in, it makes sense that it costs about twice as much.