In the list down below, you will find five smartphones which are currently discounted by GearBest, and all of these phones also come with coupon codes, which bring their prices even further down. The first phone on this list is the Meiigoo M1, Meiigoo’s 5.5-inch smartphone, which packs in 6GB of RAM and 64GB of native storage. The Helio P25 64-bit octa-core processor fuels this smartphone, and the device features two cameras on its back. Android 7.0 Nougat comes pre-installed on the Meiigoo M1, and a 4,000mAh non-removable battery is also a part of the package.

The AGM X1 is a rugged smartphone, which sports a 5,400mAh non-removable battery. The Snapdragon 617 SoC fuels this handset, while there are two 13-megapixel shooters on its back. The phone packs in 4GB of RAM and 64GB of native storage, while it sports a 5.5-inch fullHD (1920 x 1080) display. The Xiaomi Mi MIX 2 is Xiaomi’s flagship, this phone sports 6GB of RAM and 64GB of internal storage (the variant that we’re talking about), and it is fueled by the Snapdragon 835 64-bit octa-core SoC. This model of the phone is made out of metal and ceramic, and it comes with a 3,340mAh non-removable battery. 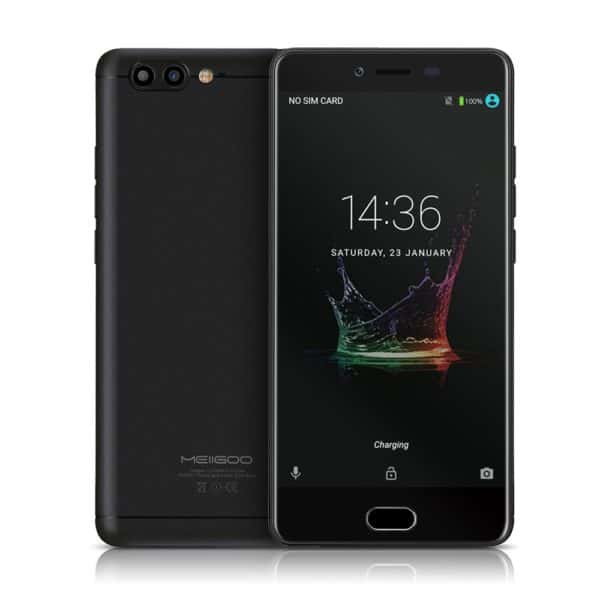 The Meiigoo M1 sports a 5.5-inch fullHD display, 6GB of RAM and 64GB of native storage. The device comes with a dual camera setup on its back, and it is fueled by the MediaTek Helio P20 64-bit octa-core SoC.