The Galaxy S8 series holds 5.4 percent of Android smartphone market in the United States, according to the latest data compiled by industry research and insights company AppBrain. Samsung’s flagship duo is by far the most popular among Android users in Switzerland, the company revealed, noting how the Galaxy S8 and Galaxy S8 Plus account for 8.2 percent of all smartphones running Google’s operating system in the Central European country. Australian consumers also accepted the firm’s latest pair of high-end smartphones in a positive manner, with the lineup holding approximately 7.6 percentage points of the Android ecosystem in the Oceanian country. The product family’s U.S. market share is virtually identical to its UK one and slightly lower compared to the figures it achieved in Scandinavia, as illustrated by the image below.

The Galaxy S8 and Galaxy S8 Plus debuted this spring as Samsung’s most capable offerings to date and have retained that title until late this summer when the South Korean original equipment manufacturer launched the Galaxy Note 8. The new phablet still shouldn’t significantly impact the commercial performance of the Galaxy S8 series which many industry trackers predict will be the most successful Android lineup of the year, though it remains to be seen how it fares against Apple’s latest offerings this holiday season, especially once the highly anticipated iPhone X hits the market. Apart from its iOS rivals and S Pen-equipped sibling, the Galaxy S8 and Galaxy S8 Plus will also compete with a number of other high-end devices in the coming months, including the newly announced Pixel 2 and Pixel 2 XL, LG’s upcoming V30, and Huawei’s Mate 10 family which is scheduled for an official launch on October 16th.

Samsung Galaxy S-series devices are traditionally the best-selling Android offerings on an annual basis and many analysts expect that trend to continue next year when the Seoul-based consumer electronics manufacturer is set to unveil the Galaxy S9 and Galaxy S9 Plus. According to recent rumors, the upcoming flagship duo is set to be equipped with a dual-camera setup capable of recording videos at 1,000 frames per second, in addition to being powered by Qualcomm’s Snapdragon 845 and Exynos 9810, depending on the territory. The Korean tech giant is expected to announce the Galaxy S9 models by late winter or early spring and both should be available for purchase come April. 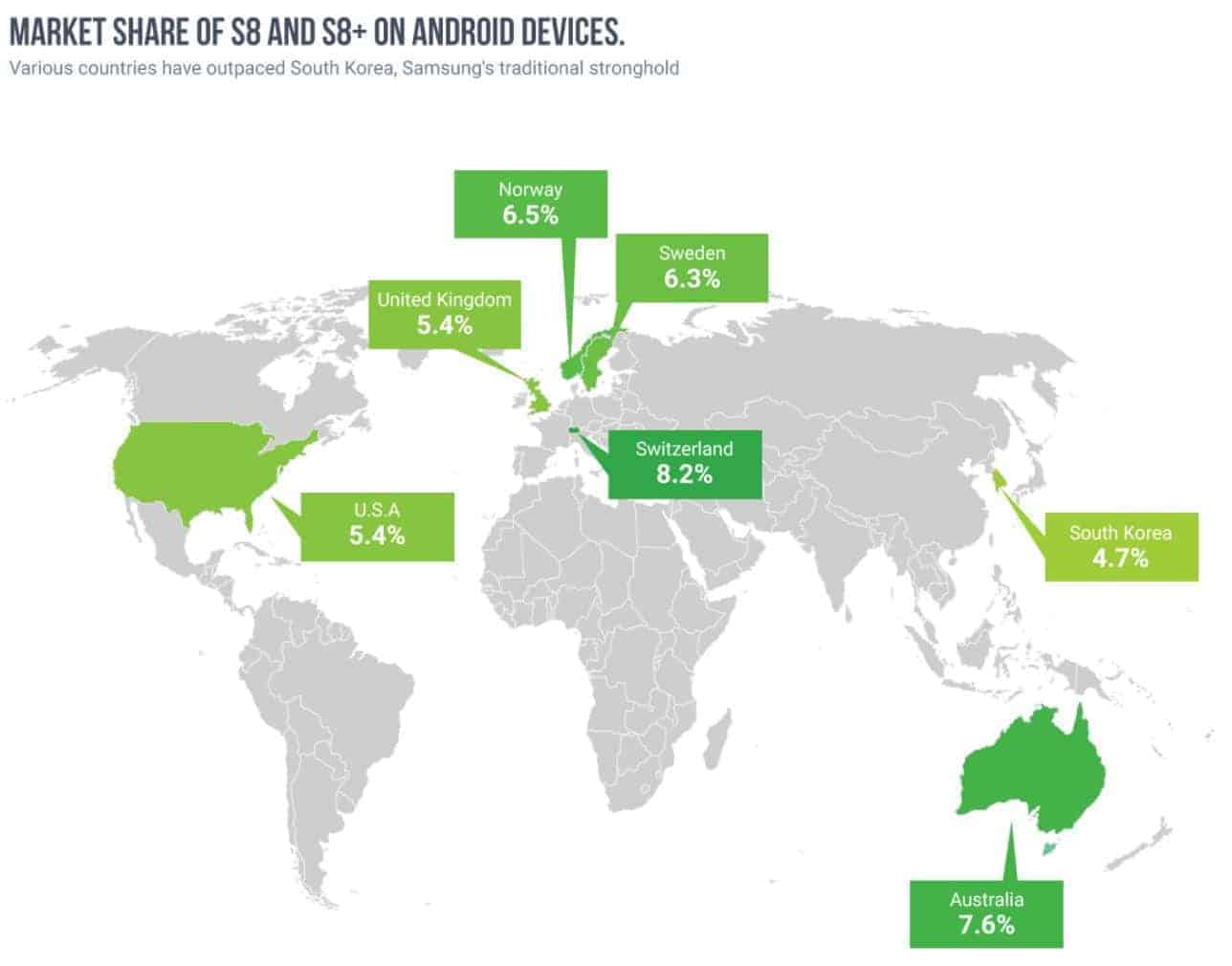