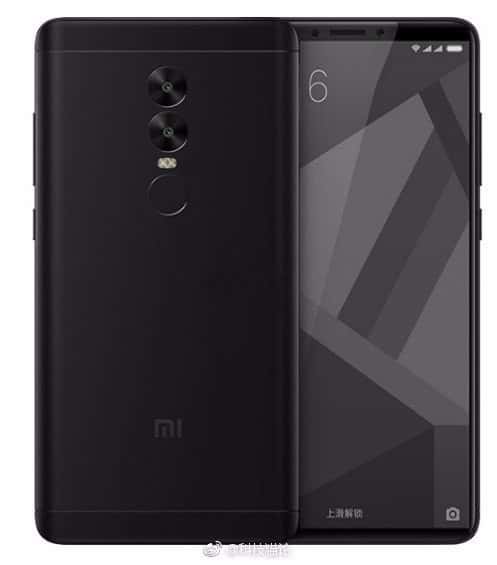 If recent rumors are to be believed, the Xiaomi Redmi Note 5 will sport a 'bezel-less' design, and the phone has just surfaced yet again. If you take a look at the provided image above, you will get to see the alleged Redmi Note 5, and it definitely doesn't look like any other Redmi-branded phone thus far. Having said that, this phone actually looks the same as the recently-leaked Redmi-branded handset, though this time around we get to see it in its black color, while the previous leak showed us the device in white. The source also mentions that the phone could arrive on November 11, but we'll see what will happen.

It is still impossible to confirm that this is the Redmi Note 5, but Xiaomi is expected to announce that handset in the near future, so we'll get all the details soon. Having said that, this phone is made out of metal, as you can see, its back side is curved on the sides, and the phone sports a dual camera setup on its back. Below those two cameras, which are vertically aligned, lies a dual-LED flash, and a fingerprint scanner, while the company's branding is also present on this smartphone's back side. All the physical keys are located on the right-hand side of the Redmi Note 5, and the phone has really thin bezels, as you can see. If this leak is accurate, the Redmi Note 5 will ship with on-screen buttons, while it will also sport a display which will feature an 18:9 aspect ratio.

Now, the source also shares some Redmi Note 5 spec info. According to that info, the 'standard variant' of the phone will sport 3GB of RAM and either 16 or 32GB of native storage, while the Helio P25 64-bit octa-core SoC will fuel the device. The higher-end variant will be fueled by the Snapdragon 630 64-bit octa-core SoC, while it will ship with 4GB of RAM and 64GB of native storage. These two variants of the phone are expected to cost 1,299 Yuan ($196) and 1,599 Yuan ($242), respectively. Now, the source also mentions that Xiaomi is preparing a lower-end 'full-screen' handset, and it will allegedly ship with a 5.7-inch 720p display, Snapdragon 450 and will cost around 799 Yuan ($121).