Alphabet’s subsidiary DeepMind developed a deep neural network WaveNet which is now powering the American English and Japanese variants of the Google Assistant and allows the company’s digital companion to speak in a more natural and less robotic manner, with the British company recently detailing its accomplishment on its official website. Originally introduced in 2016, the technology is now fully integrated into two versions of Google’s digital companion and completely revamps the manner in which the service sounds sentences by introducing a unique text-to-speech solution based on a convolutional neural network.

The platform developed by DeepMind is capable of producing individual waveforms from nothing, having the ability to generate up to 16,000 samples per second and sound them in a manner that makes transitions between every one of them relatively seamless. The convolutional neural network used for creating WaveNet was trained with numerous speech samples from American English and Japanese which helped it understand what sounds traditionally follow other sounds in everyday use. The insights generated using this method subsequently helped WaveNet to be able to produce sounds on its own, essentially serving as a text-to-speech solution which doesn’t rely on a massive database of recorded words to function since it’s able to generate its own, then connect them into sentences in a more natural manner.

The main reason why WaveNet wasn’t integrated into the Google Assistant as soon as it debuted a year ago is that the solution still wasn’t efficient enough to allow for commercial use, with its original build requiring an entire second to generate just 0.02 seconds of audio. Today, the deep neural network is approximately 1,000 times faster, the company claims, adding that it’s capable of delivering 20 seconds of high-quality audio after just a single second of processing information. The service was also the first solution to launch using Google’s new Tensor Processing Unit (TPU) cloud infrastructure which the Mountain View, California-based tech giant introduced in late spring. WaveNet will be the subject of an upcoming research paper from DeepMind and is also expected to eventually be integrated into other variants of the Google Assistant including the British English one, though no firm time frames regarding its expanded availability have yet been given by Alphabet’s subsidiary. 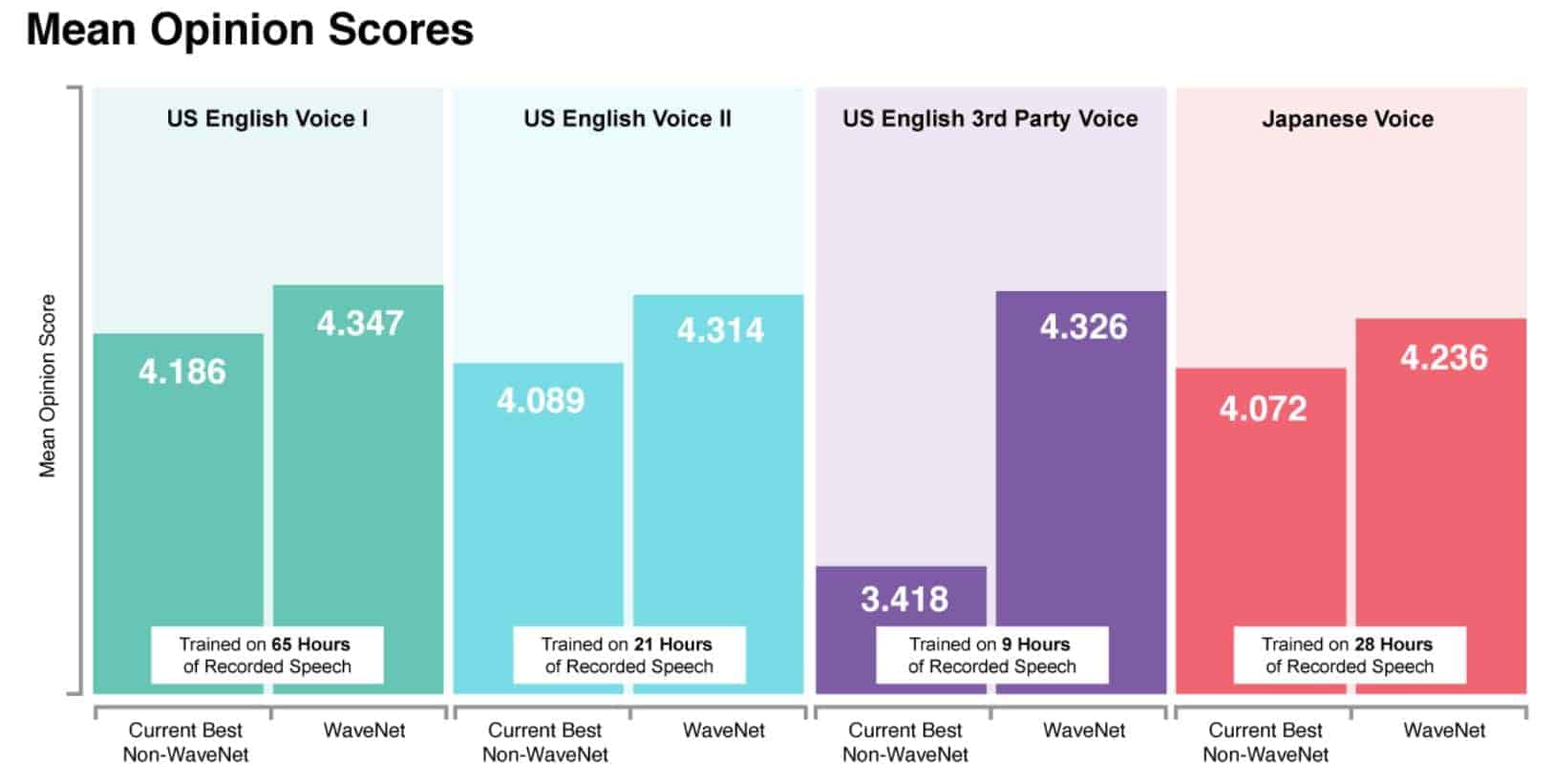