BodyGuardz has released its fairly popular Ace Pro Case for the Galaxy Note 8. It’s a clear case that does have a bit of a tint on it, as well as having some shock absorption for drops and such. We actually took a look at this case for the Galaxy S8 Plus earlier this year and really liked the case, and the same is mostly true with the Galaxy Note 8 version.

The Ace Pro case from BodyGuardz is only available in a smoke/gray color. So the case is in a smoke color, which gives it a bit of a tint, so it’s not a true clear case. And then the “bumper” or the frame is gray. Speaking of the frame, it’s actually made of a polycarbonate material, and this is so that it can absorb shock when the device is dropped. This way the case takes the damage and not the Galaxy Note 8. Definitely important for those that do drop their smartphone often and don’t want their Galaxy Note 8 to get damaged. Now the rest of the case is also polycarbonate. So it’s not as flexible as something like the Caseology Skyfall case we reviewed recently, as that is made of TPU material. The main reason for going with polycarbonate here, again is protection. 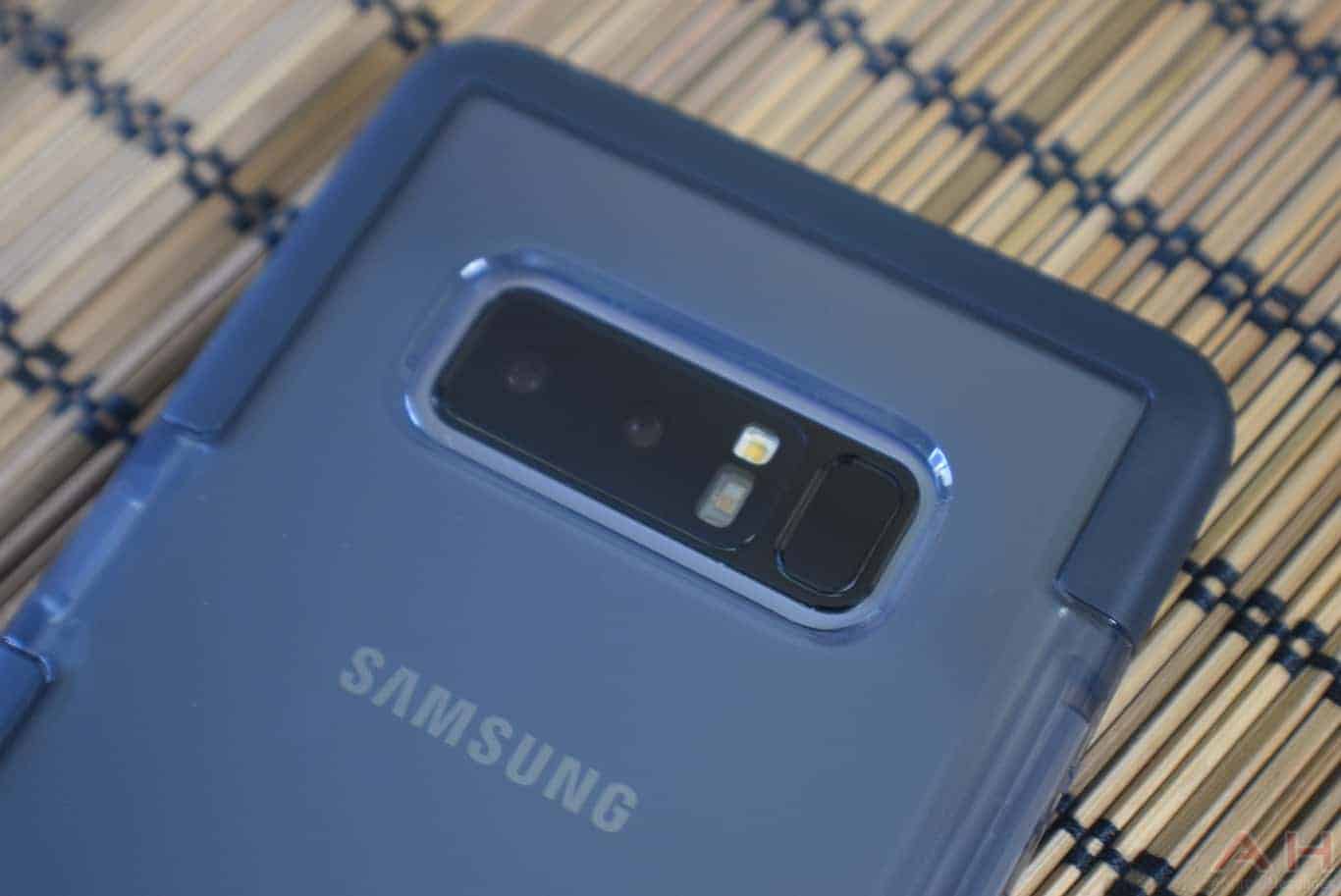 We have the Ace Pro case on the orchid gray Galaxy Note 8, which actually gives it a rather interesting look. Obviously it’ll be a bit different on the silver and black versions of the Galaxy Note 8 as well. But it does look very nice, and there is a bit of grip added with the Ace Pro case. Now it’s not as much as some other cases that are TPU and not clear, but it’s enough to keep you from dropping the device. There is plenty of grip on the side of the Ace Pro, which is important as that is where you are holding onto the Galaxy Note 8 anyways.

On the back of the Ace Pro, BodyGuardz has a cut out for the camera module and fingerprint sensor. It’s one rectangle and it has everything available for you. Using the case on the Galaxy Note 8 and attempting to unlock the Galaxy Note 8 with the fingerprint sensor is actually much easier. This is true with virtually any case, due to the positioning of the Galaxy Note 8’s fingerprint sensor, so that should be no surprise. But it means that you can feel for the edge of the case and then know that is where the fingerprint sensor is, instead of risking touching the camera lens and getting a fingerprint on those cameras. Other cut outs are at the bottom of the case, with one for the S Pen, one for the speaker, microphone, USB-C port and then one for the 3.5mm headphone jack. BodyGuardz has also included one at the top for the other microphone. The buttons on the left and right side do not have cut outs, but they are indented so it’s easy to find them and press them when needed. 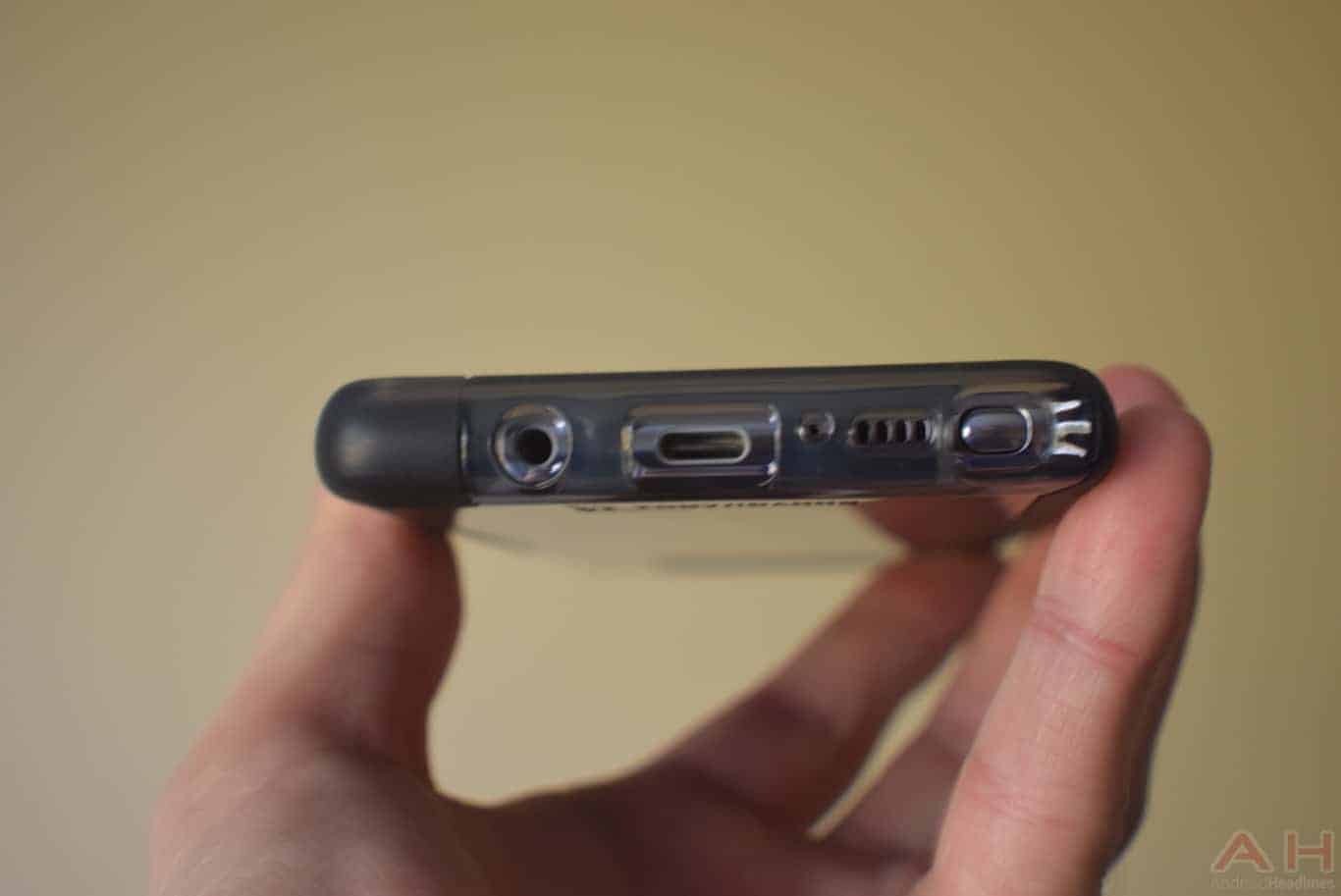 The BodyGuardz Ace Pro case is a rather clean looking case, there is a BodyGuardz logo at the bottom on the back, which is also clear so it doesn’t really stand out much. Otherwise, it’s a great looking case that allows you to still show off the design of the Galaxy Note 8, and even still show off the fact that you have a Galaxy Note 8. The BodyGuardz Ace Pro for the Galaxy Note 8 is not yet available on Amazon, although it likely will be fairly soon. However it is on BodyGuardz’ website, and it is priced at around $34.95 right now.