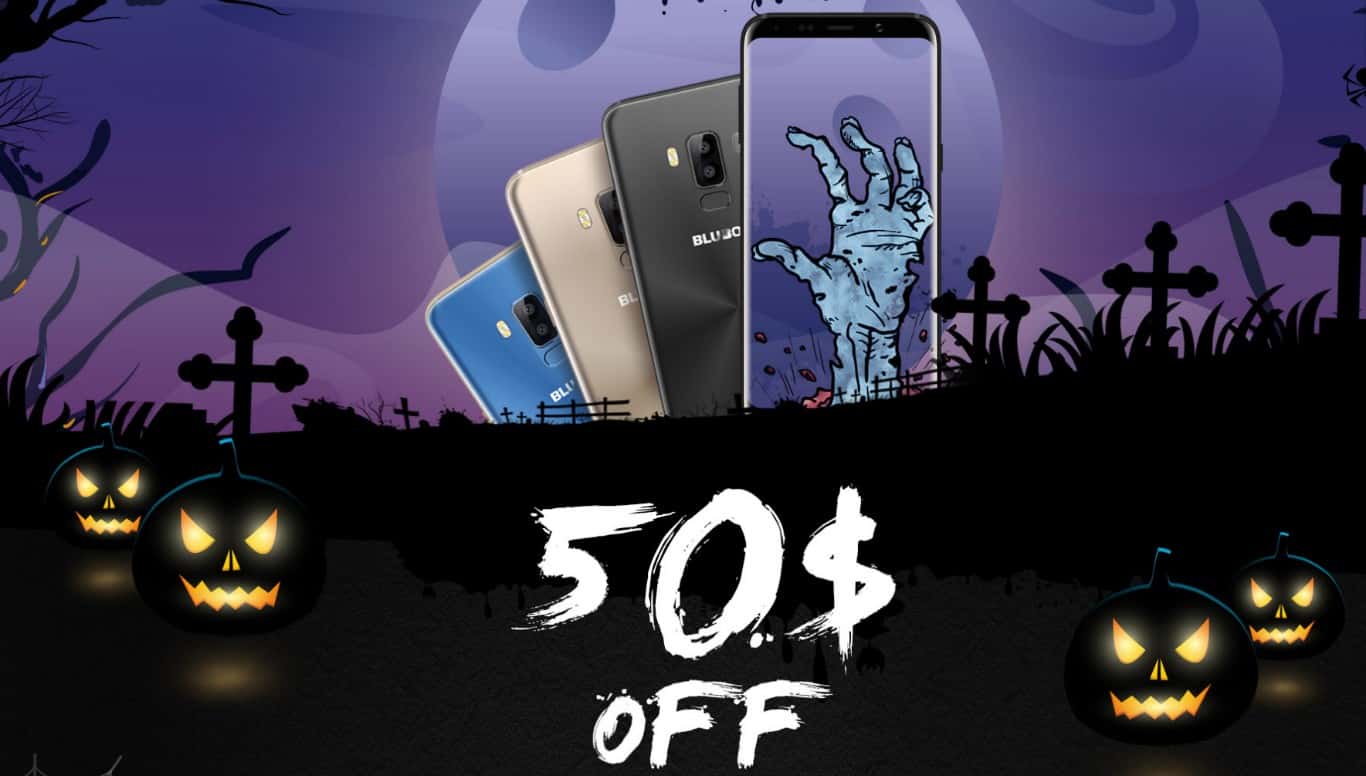 BLUBOO has just announced that its BLUBOO S8 flagship will be more affordable during the company’s Halloween sale. The company said that the Halloween sale will kick off on October 21 and will last until October 31, so you’ll essentially have 10 days to purchase the device at a lower price point. Speaking of which, you’re probably wondering how much will the phone cost, well, you’ll be able to get it for $50 less than usually, as it will cost $139.99., while its usually retailing for $189.99. In case you’re interested in getting the device, we’ll leave a link / banner down below, and even though this sale officially kicks off tomorrow, October 21, you can already purchase the device over at Banggood for $139.99.

That being said, the BLUBOO S8 was actually announced a couple of months ago, and this handset is inspired by the Samsung Galaxy S8, you’ll realize that the moment you lay your eyes on it. The BLUBOO S8, however, is much cheaper, of course, and even though it’s not as powerful as the Galaxy S8, it has plenty to offer at such a low price point. This handset comes with a dual camera setup on the back, while it sports a rear-facing fingerprint scanner as well, which is located right below the vertically-aligned dual camera setup. The device sports on-screen buttons, and a rather large 5.7-inch display. We’re looking at Sharp’s panel here, and this an HD+ display, which means it sports 1440 x 720 resolution. Android 7.0 Nougat comes pre-installed on this phone, and the device is fueled by the MediaTek MT6750 64-bit octa-core processor.

On the back of the BLUBOO S8, you’ll find 13 and 3-megapixel snappers, while a 5-megapixel unit is included on the front side of the BLUBOO S8. The device packs in 3GB of RAM and 32GB of native storage, while it also comes with a 3,450mAh non-removable battery, which should be able to provide you with enough power until the end of the day, even power users. In addition to all that, BLUBOO has also included two SIM card slots inside of this phone (2x nano SIM), while you can use one of those SIM card slots in order to expand the phone’s internal storage via a microSD card (hybrid setup).