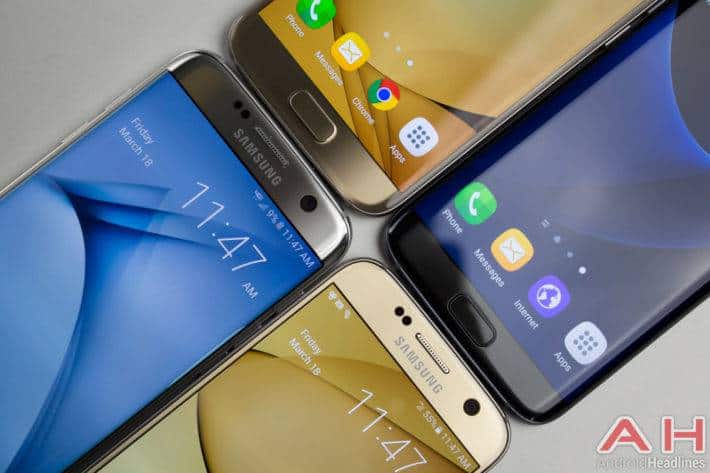 AT&T is rolling out a new software update for the Samsung Galaxy S7 and its S7 Edge counterpart, introducing a new security patch originally distributed by Google on October 1st, as well as a fix for the BlueBorne vulnerability. The software package weighs 135MB and the rollout begun on October 26, continuing to expand in phases and gradually reaching all eligible units in the wild. The software update maintains the OS version to Android 7.0 Nougat, and the package is identified by the build numbers “G930AUCS4BQJ2” and “G935AUCS4BQJ2” for the Galaxy S7 and S7 Edge, respectively.

No other additions have been mentioned in the changelog aside from the usual vulnerabilities being patched with the monthly security update and the inclusion of the BlueBorne fix. For readers who may be unaware, BlueBorne is a Bluetooth vulnerability discovered relatively recently and affecting a wide variety of Bluetooth-enabled devices, including Android smartphones and tablets. Technically speaking, the vulnerability could be exploited to gain remote control over a Bluetooth-enabled device, but the good news is that the BlueBorne fix has already been distributed on numerous smartphones by various carriers and OEMs, with AT&T’s Samsung Galaxy S7 series now joining the party. Prior to this release, the mobile operator had launched the August security patch for a number of Samsung devices including the Galaxy S7 series at hand but the previous release did not contain the fix for BlueBorne.

As usual, the recent AT&T update is distributed over-the-air, meaning that it should be preceded by an update notification. Since the rollout originally begun on October 26, chances are that the update already reached numerous eligible smartphones in the wild; however, those who have yet to receive it can attempt to trigger the update manually from the phone’s settings menu under the software section. Whether the update is pulled manually or after a notification, it’s highly advised to carry the process over an active Wi-Fi network and while making sure the device has at least half battery charge left. AT&T will likely continue to expand the availability of the BlueBorne fix for additional smartphone brands and models with the release of new security patches in the near future.