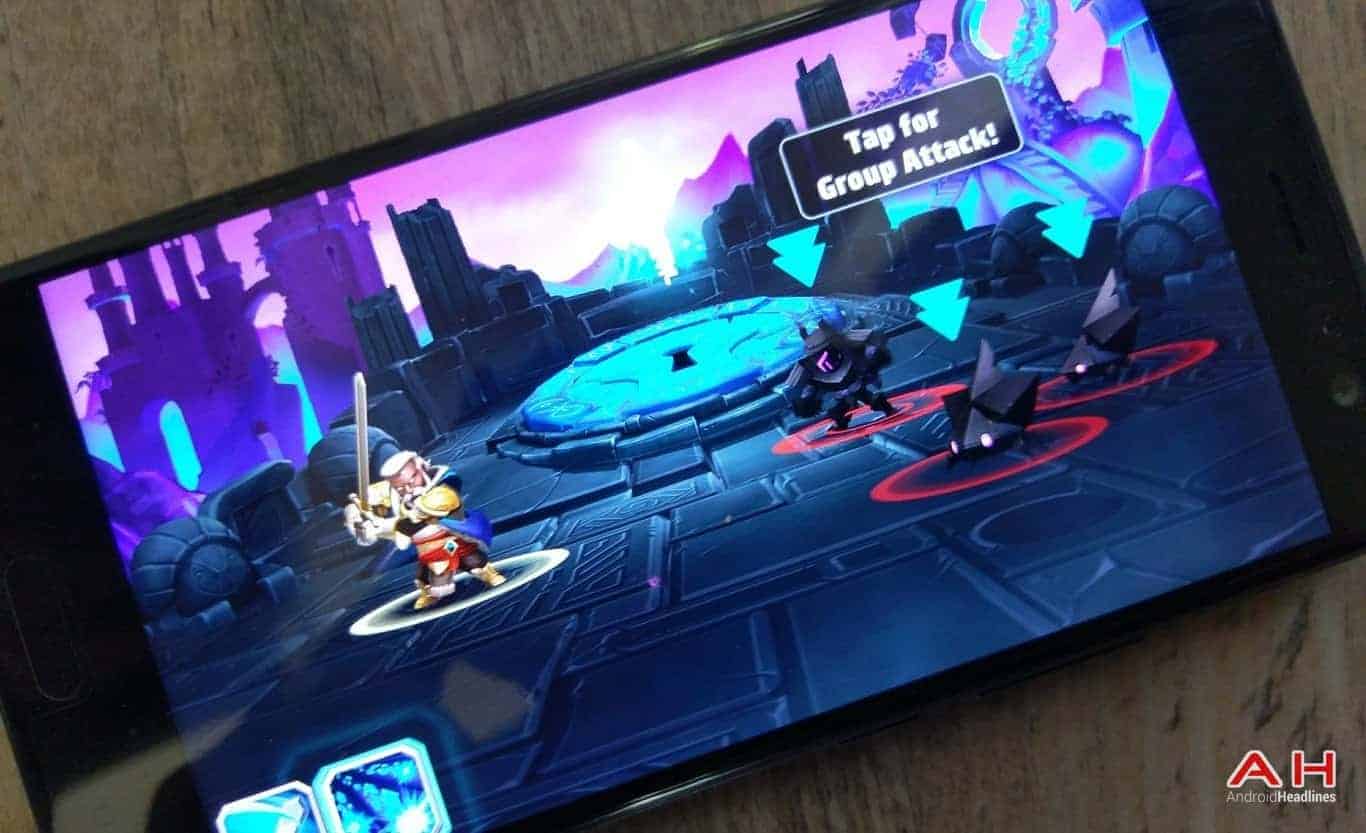 Android users looking for a new RPG to play now have a new option in the Google Play Store from developer Emerald City Games called Lionheart: Dark Moon. The pick-up-and-play title will have players building an army of over 100 heroes to battle through hordes of enemies and bosses in order to save the realm of Lionheart from an antagonist called the Shard of Whispers. Aside from one or two caveats, the game looks like a worthy addition to any gamer's Android library. Namely, the game does require a network connection to play and requires Android 6.0 (Marshmallow) at a minimum. It also includes in-app-purchases, ranging from $2.99 – $99.99 in cost.

Setting those caveats aside, Lionheart: Dark Moon has almost all of the hallmarks that make for a great RPG. Players start out following the story of Timothy and Natalia and travel across the world of Lionheart that was first introduced in Lionheart Tactics. That includes new locations not previously visited in that digital world, with locales ranging from deserts to dense forests. Along the way, the pair will collect heroes and battle evil. Each of the game's heroes features their own unique abilities and characteristics. The battle system pits four such heroes against four enemies in a turn-based format, with the heroes working together to chain combos and unleash charged-up, character-specific skills. Meanwhile, players can also team up with mystical pets, collect potions, and obtain gems to gain access to new skills for their heroes, as well as leveling up the heroes themselves. If that's not intriguing enough, a battle arena is also included for anybody looking to battle against their friends and others around the world – with prizes parceled out on a weekly basis depending on the rank a player achieves.

Bearing all of that in mind, this may not be the best mobile RPG for anybody without some serious time to kill, or those looking for short, quick play sessions, as there is a lot of content to discover and it is heavily story-driven. With that said, anybody interested can check out Lionheart: Dark Moon for themselves by heading over to the Play Store through the link below.