Recent reports originating from China suggest that Xiaomi may be planning the release of two new Redmi smartphones before the end of October, namely the Xiaomi Redmi 5 and Redmi 5 Plus. Apparently, the two devices have already been approved by China’s 3C where they have been identified by the model numbers MET7 and MEE7. Additionally, recent reports indicate that at least the Plus variant will carry a full-screen display with an 18:9 aspect ratio which is taller than the regular 16:9 one.

Despite the supposed bezel-less design of the alleged Xiaomi Redmi 5 Plus, its display won’t match the pixel count of other, higher end full-screen smartphones, as it will apparently accommodate 1,440 x 720 pixels on a 5.7-inch panel, resulting in a pixel density of roughly 282ppi. In accordance with this particular characteristic, the Xiaomi Redmi 5 Plus will apparently be powered by a lower-end system-on-chip, namely the Qualcomm Snapdragon 450 chipset introduced this summer. It houses eight ARM Cortex-A53 CPU cores clocked at up to 1.8GHz, an Adreno 506 graphics chip, and features the X9 LTE modem while supporting Bluetooth 4.1 and Wi-Fi connectivity, as well as offering compatibility with LPDDR3 RAM. The source goes on to mention that the alleged Xiaomi Redmi 5 Plus will carry two 13-megapixel main cameras on the back panel and the device reportedly also makes use of a rear-fitted fingerprint recognition sensor.

Both the Xiaomi Redmi 5 and Redmi 5 Plus will reportedly feature 3.5GB of RAM which is rather unusual and may actually end up being 4GB of RAM. In regards to other aspects of the handsets, it’s unclear if the rest of the rumored internal hardware will be shared across the two models. Either way, the source claims that while the former will launch in China for the price of 699 to 899 yuan ($106-$136), the latter will be priced at 999 yuan or the rough equivalent of $151. The source also adds that Xiaomi might launch the two smartphones in less than a week, i.e. by October 17th. If Xiaomi is working on bringing the aforementioned smartphones to the market in less than two weeks, the company is bound to reveal some details on the matter shortly. 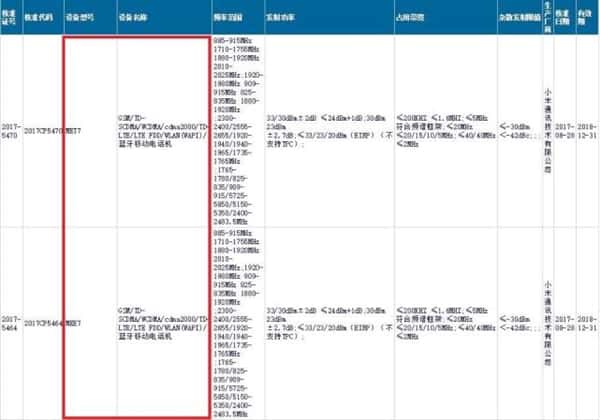