Android 8.1 is introducing the Bluetooth battery level for all users who have the software installed, which is possible to do manually by flashing the software since Google just announced and released the Android 8.1 Developer Preview earlier this afternoon. If you’re not keen on flashing the software manually you can simply wait for the beta software to push out as an over-the-air update, but you will need to be opted into the beta program for this to show up on your device, otherwise the only other option is to wait for the software to roll out as a final public release, of which there is no current time frame in regards to when Google will push it out.

The Bluetooth battery level indicator for connected Bluetooth devices is something that was already available for the Pixel 2 and Pixel 2 XL, so if you have either one of those devices then you’re likely already familiar with this feature. You can see what the new battery level indicator looks like from the screenshots below, but essentially what this will do is show you a tiny battery icon for the connected Bluetooth device in your quick settings menu, which is the menu you see when you pull down the notification shade. The battery level is also visible from the Bluetooth settings menu that’s accessible from the standard phone settings, and you’ll get a little bit more information here, like the actual percentage of battery life that your connected device has left.

Based on the screenshots, it doesn’t look like the battery life percent is visible from the quick settings tile, so you’ll need to open Bluetooth settings to get tot his particular detail if you’re curious to know what it is. This is perhaps a minor change and may not be useful to everyone as not everyone will use Bluetooth earbuds or headphones, or any connected Bluetooth devices for that matter, but for those that do it will be handy to have this information on the fly. This is also a handful of changes which have been noticed as part of the new Android version software since Google dropped the developer preview for Android 8.1 earlier this afternoon, and it likely won’t be the last. 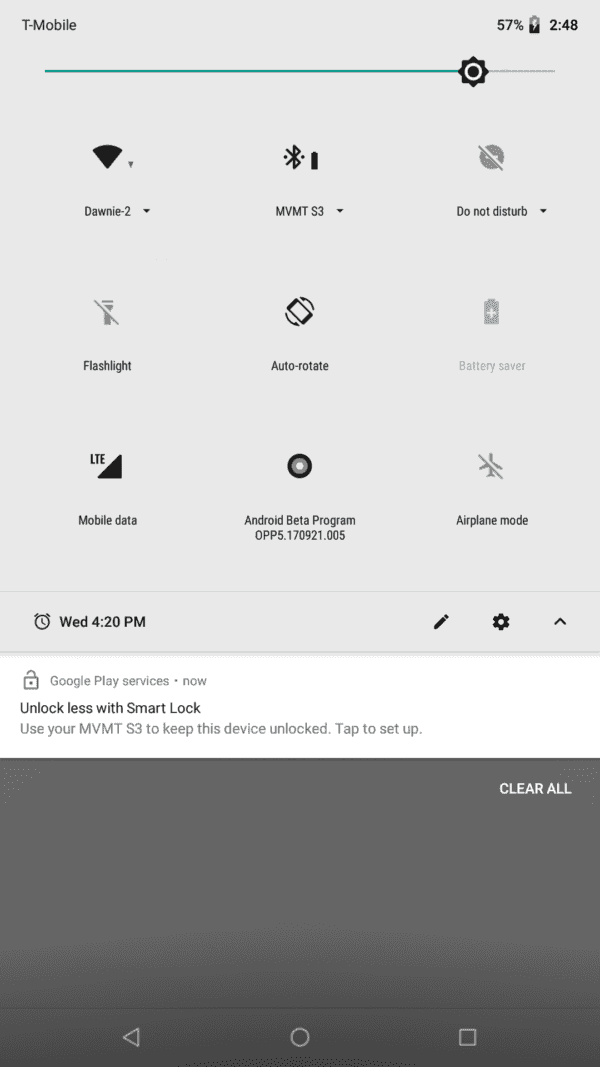