The Android 8.1 Developer Preview is introducing a new power menu UI for all users who end up installing the software, and while this is just a dev preview meaning it will only be available for those who participate with this beta version of the update, eventually Google will roll out the software to all devices which are expected to get it and those device will get this new design too. That said, the new UI design for the power menu is something that those with the Pixel 2 or Pixel 2 XL are already accustomed to since those two devices have it as well, albeit with Android 8.0 instead of 8.1

As for what the new design looks like, Google has shifted the white, rectangular pop up menu that surfaces in the middle of the screen when you long press the power button to a rectangular menu with more rounded corners to the right edge along the area where the power button sits. The menu is also still white, and it does appear to dim the screen still just not as much as before. Both the power and restart buttons are still there with their respective icons, sitting above each option instead of beside them now.

It also looks like there has been a change to the bug reports button that shows up if you have that option enabled in the developer options portion of the settings, as it features more of a gray color instead of the white for the rest of the menu. Whether or not Google keeps it this way is anyone’s guess so it’s entirely possible that Google will change it before sending the new software version out as a final release to the public. Then again Google could just as easily keep it this way too. This is a pretty minor change, but as the preview just dropped it’s certainly not going to be the only change which surfaces between now and the full public release. In fact Google has already put out the blog post detailing some of the more focused changes with this software, which includes a whole lot of stuff that seems to targeted at developers. 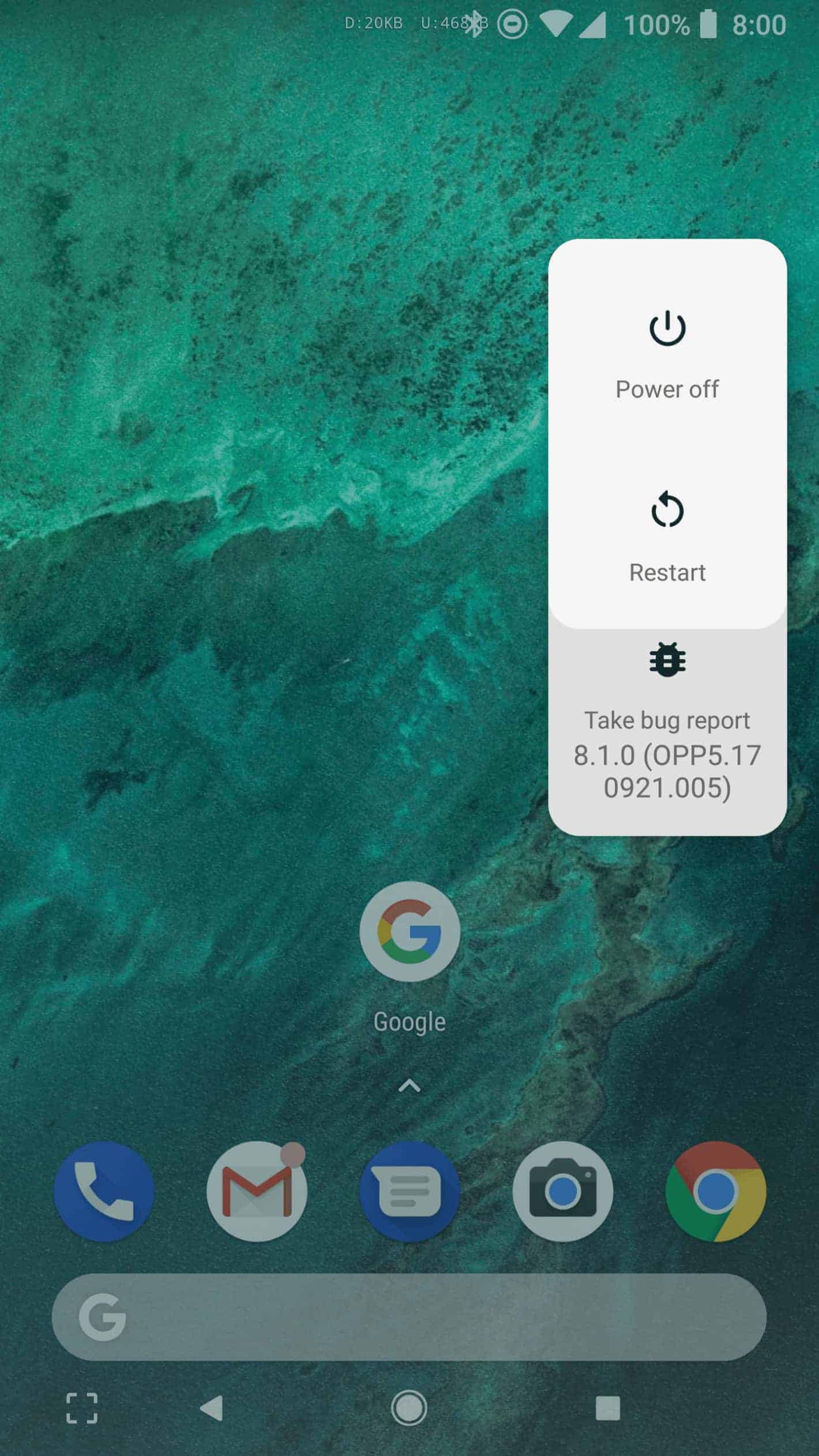