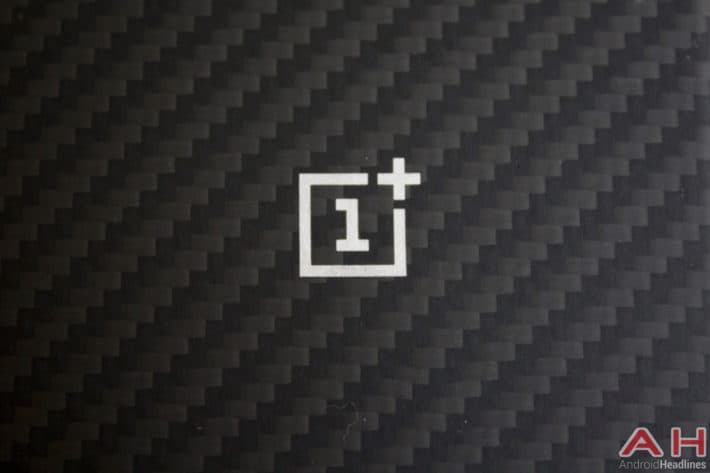 The OnePlus 5T has been leaking out for quite some time now, and it seems like GizChina.it managed to get ahold of the phone’s AnTuTu listing (OnePlus A5010). The OnePlus 3 carried the A3000 notation, while the OnePlus 3T arrived with the A3010 notation, so it makes sense that the A5010 is the OnePlus 5T. Do keep in mind that we were unable to track down the original AnTuTu source for this listing, it allegedly popped up on AnTuTu China, though. In any case, if you take a look at the provided info here, you will notice that this benchmark more or less confirms some of the rumored specs for OnePlus’ upcoming flagship, read on.

AnTuTu reports that the OnePlus 5T will sport a display with a resolution of 2160 x 1080, even though its size is not mentioned here. So, the OnePlus 5T will ship with a fullHD+ panel, and chances are we’re looking at a 6-inch display here. AnTuTu also says that the phone will be fueled by the Snapdragon 835 64-bit octa-core processor, and that it will pack in 8GB of RAM and 128GB of native storage. It is possible that the company may introduce a 6GB RAM variant of the device, which will arrive with 64GB of internal storage. Two camera sensors are also mentioned in this listing two 20-megapixel camera snappers. Now, knowing AnTuTu, we’re probably looking at one of the phone’s rear-facing cameras, and its front-facing snapper, which means that it will arrive with a 20-megapixel front-facing camera, and one of its rear-facing shooters will ship with a 20-megapixel sensor, which probably means that the other one will be a 16-megapixel shooter. AnTuTu also says that the OnePlus 5T will arrive with Android 8.0 Oreo out of the box, which is to be expected, and on top of Google’s OS, the company will include the newest version of its proprietary UI, OxygenOS.

Having said that, we’ve seen quite a few leaks when it comes to this smartphone, and it seems like the phone will resemble the upcoming OPPO F5 quite a bit. The OnePlus 5T will sport really thin bezels on its front side, while its back side will look almost identical to the OnePlus 5’s back side, with one notable difference, as the company will include a fingerprint scanner on the back of this smartphone. 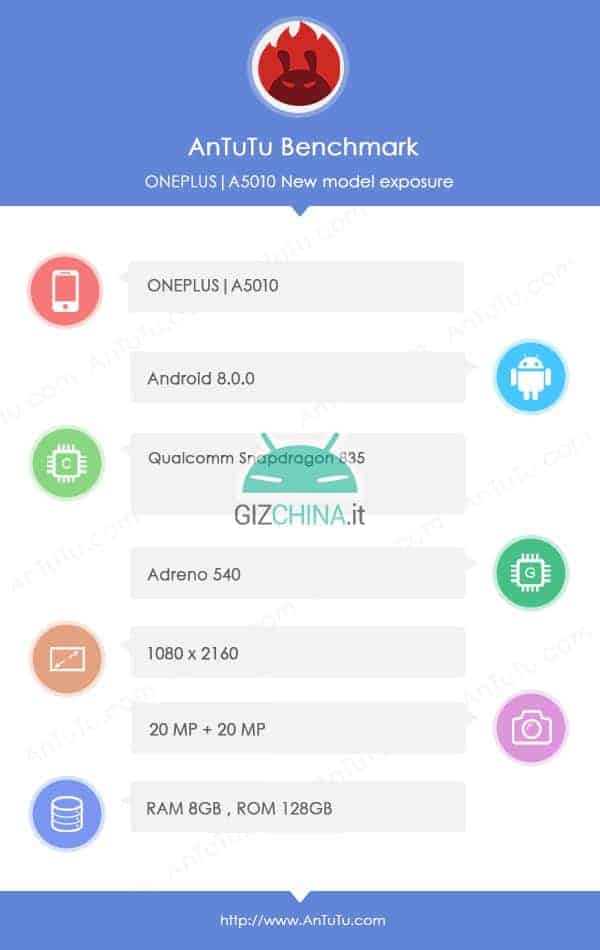