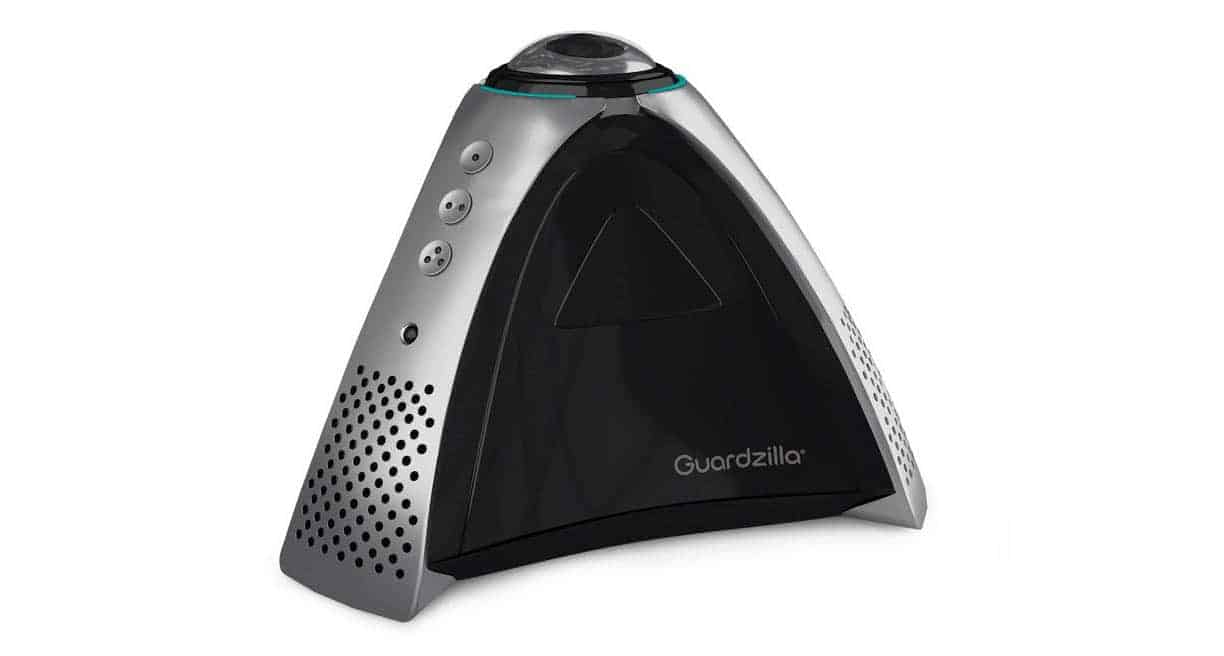 St. Louis, Missouri-based tech startup Guardzilla recently introduced its latest offering in the form of the Guardzilla 360, an all-in-one security camera meant to serve as the ultimate solution for monitoring one's household. Just like its name suggests, the camera was designed to be placed in the center of a room and provide you with a 360-degree view of its surroundings wherever you are through its dedicated mobile app, in addition to coming with motion detection support and related phone alerts. Sound detection warnings and recordings are also part of the package, as are night vision and two-way audio. The Guardzilla 360 also offers loud 100dB siren alerts and was designed as a plug-and-play device which doesn't require a hub and should be straightforward to install.

As an alternative to push notifications or in addition to them, the Guardzilla 360 offers customizable e-mail alerts, with the product also sporting geo-fencing capabilities, being able to enable and disable your home or business security system depending on whether an authorized user (i.e. their smartphone) has entered or left the premises. The camera can capture HD video and ships with three programmable call buttons which act as push-to-call solutions, with its two-way audio system also supporting echo and noise cancellation. Refer to the video below for a more in-depth breakdown of the camera's most highly advertised features.

The Guardzilla 360 should already be available for purchase from a number of retail chains across the United States including Walmart, Best Buy, Staples, and Target. None of them appear to be selling the product online just yet, with all of its listings still being labeled as out of stock. The product will retail for $229.99 not including taxes and will presumably make its way to Amazon in the near future where Guardzilla is already selling a wide variety of its previously introduced offerings. The consumer electronics manufacturer is also offering 360-degree video demos of its product which you can receive on your smartphone by sending a text saying "360" (without the quotation marks) to (833) 360-3366. There's currently no indication that the Guardzilla 360 will ever be officially available outside of North America as the startup remains focused on its domestic market for the time being.