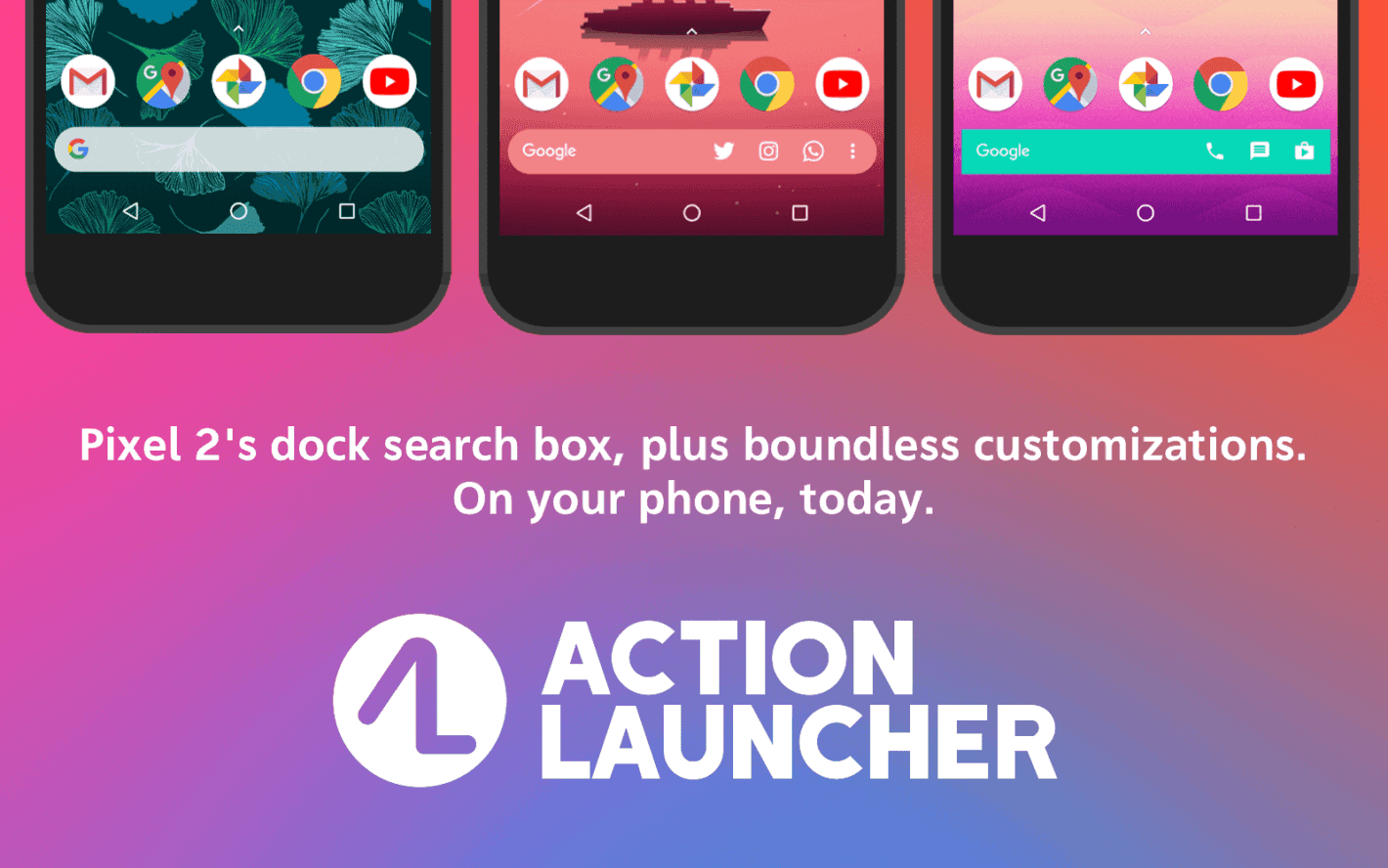 Action Launcher is getting a new update today, bringing it to version 29.0. The update does a few things, but the biggest feature in this update is bringing that Pixel 2-style dock with the search bar at the bottom, to all devices running Action Launcher. This is something that a lot of third-party launchers do these days, which is bringing features from a new version of Android (or in this case, the new Pixel smartphones) to its own launcher, so that virtually anyone can take advantage of it.

With the Pixel 2, Google decided to bring the search bar back to the home screen, but instead of having it at the top of the screen, where it is typically tougher to reach, especially on larger phones. Google decided to put it at the bottom of the device, located below the traditional dock. So that users are able to more easily tap the search bar and get to searching. Now with Action Launcher v29.0 you are able to have that search bar at the bottom, but with a twist. Because this is Action Launcher and you do get a ton of customization options, you also are able to choose the color of the search bar. The same as you could before, with the search bar at the top of the screen, so it can theme itself to the wallpaper that you have on the device.

That's the biggest part of this update, of course, Action Launcher has added some changes to the Quickbar, which is the search bar on Action Launcher. You can now use the "G" logo for Google in that Quickbar, which makes it look a bit cleaner. Of course, Action Launcher has also included a slew of new bug fixes and performance enhancements with this update, as is the case with virtually any app update. This version was initially rolled out as a beta, but quickly made its way to the stable channel, so you don't need to join the Google+ Community to get access to it. Just simply head to the Google Play Store and download it to your smartphone, running Android 5.0 or later.