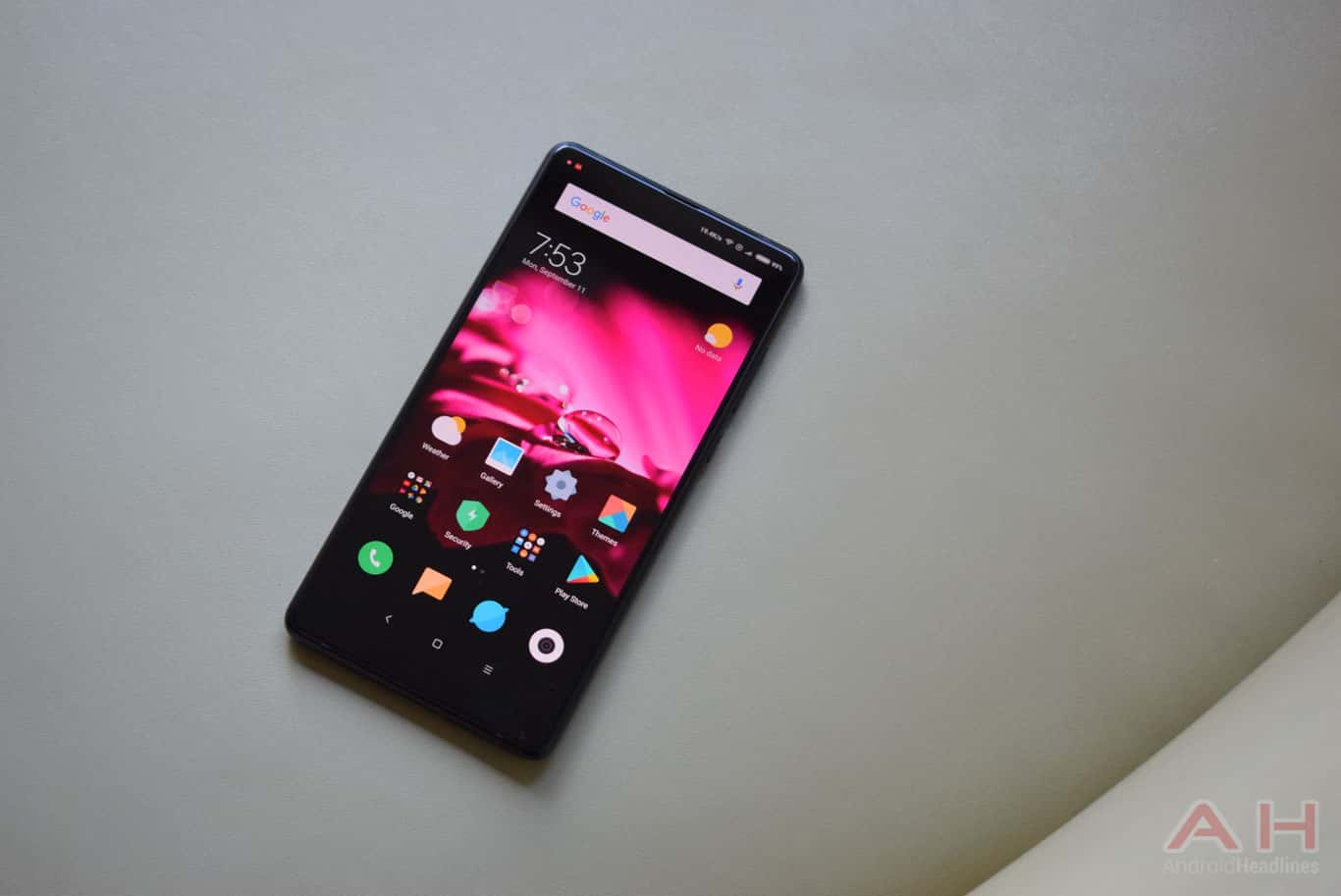 Xiaomi on Monday took the wraps off its latest high-end phablet in the form of the Mi MIX 2, presenting a device with high-end hardware and robust software capabilities meant to compete in the most premium segment of the smartphone market. Even though Xiaomi is far from being the first original equipment manufacturer (OEM) to release a powerful Android smartphone this year, the Beijing, China-based company is hoping that its new offering will manage to differentiate itself from many of its competitors with a wide variety of special features aimed at making the user experience of the product as versatile and unique as possible.

Much like the original Mi MIX, the Mi MIX 2 boasts a nearly bezel-less design which Xiaomi revised and perfected in the last 12 months; the handset now looks more symmetrical compared to its predecessor, having a nearly non-existent top bezel. The 5.99-inch Super AMOLED display panel covers more than 80 percent of the smartphone’s front surface area and replaces the 17:9 aspect ratio of the Mi MIX with an even taller 18:9 (2:1) image format. This particular aspect ratio was already commercialized several times over the course of this year, most notably by LG Electronics who sees it as the future of portable media consumption, which is a sentiment that Xiaomi seemingly agrees with. Apart from eliminating black bars in many videos, the 18:9 image format should also make the Mi MIX 2 easier to hold compared to the 2016 Mi MIX seeing how the new device is significantly narrower.

The handset also runs Android 7.1 with MIUI 9 out of the box, Xiaomi confirmed, adding how its proprietary mobile software suite has been specifically tweaked to take advantage of the Mi MIX 2’s hardware. Improved hardware resource management and smart image search capabilities that MIUI 9 introduced earlier this year are all part of the package here, as is active noise cancellation, GPS, A-GPS, and GLONASS support. The phablet comes equipped with a USB Type-C port on its bottom, as well as a rear-mounted fingerprint sensor which is advertised as being one of the fastest in the industry. The main camera setup of the Mi MIX 2 boasts 4K video recording capabilities and is accompanied by a dual-LED (dual tone) flash unit, whereas the phone itself also supports Qualcomm’s proprietary Quick Charge 3.0 technology. 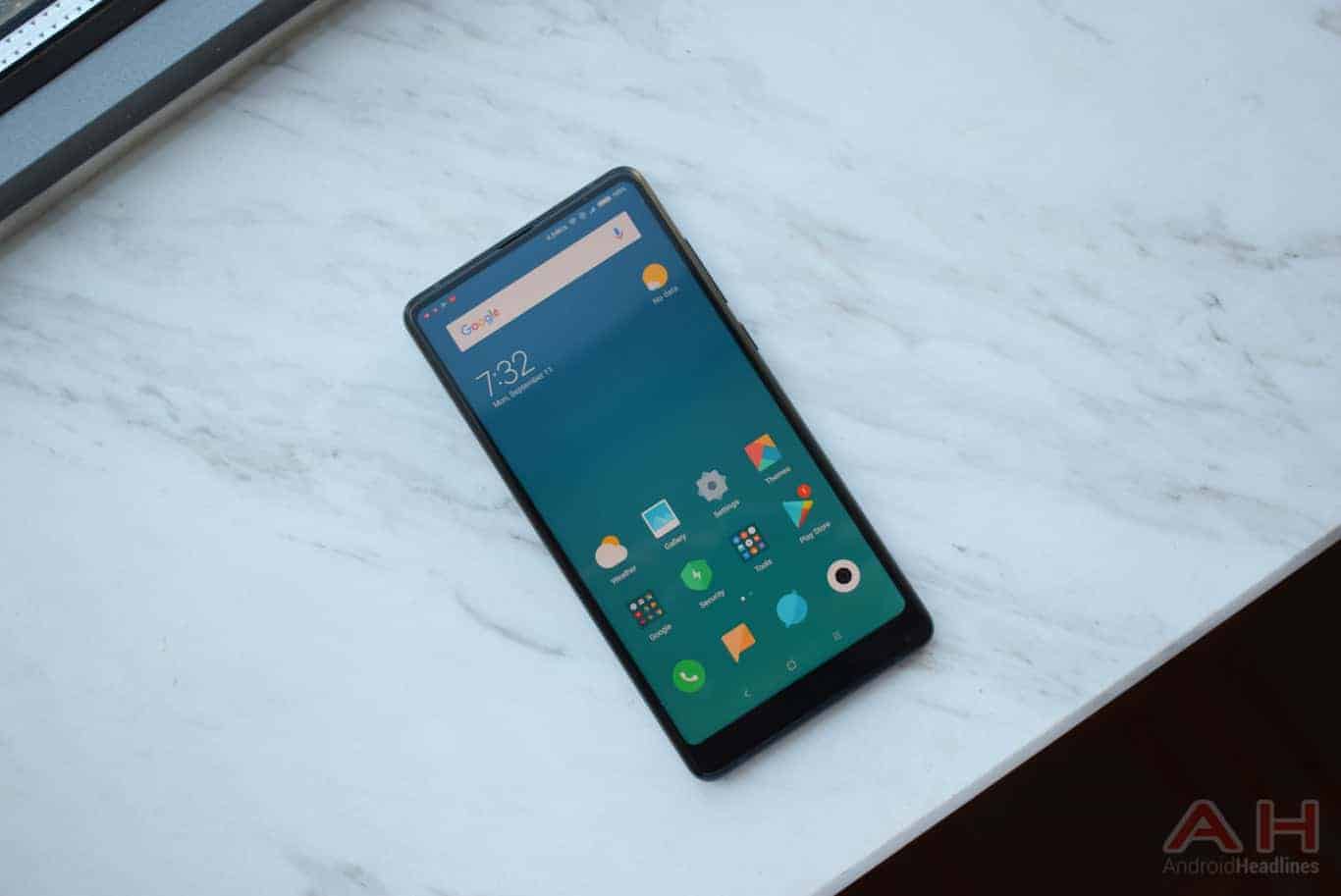 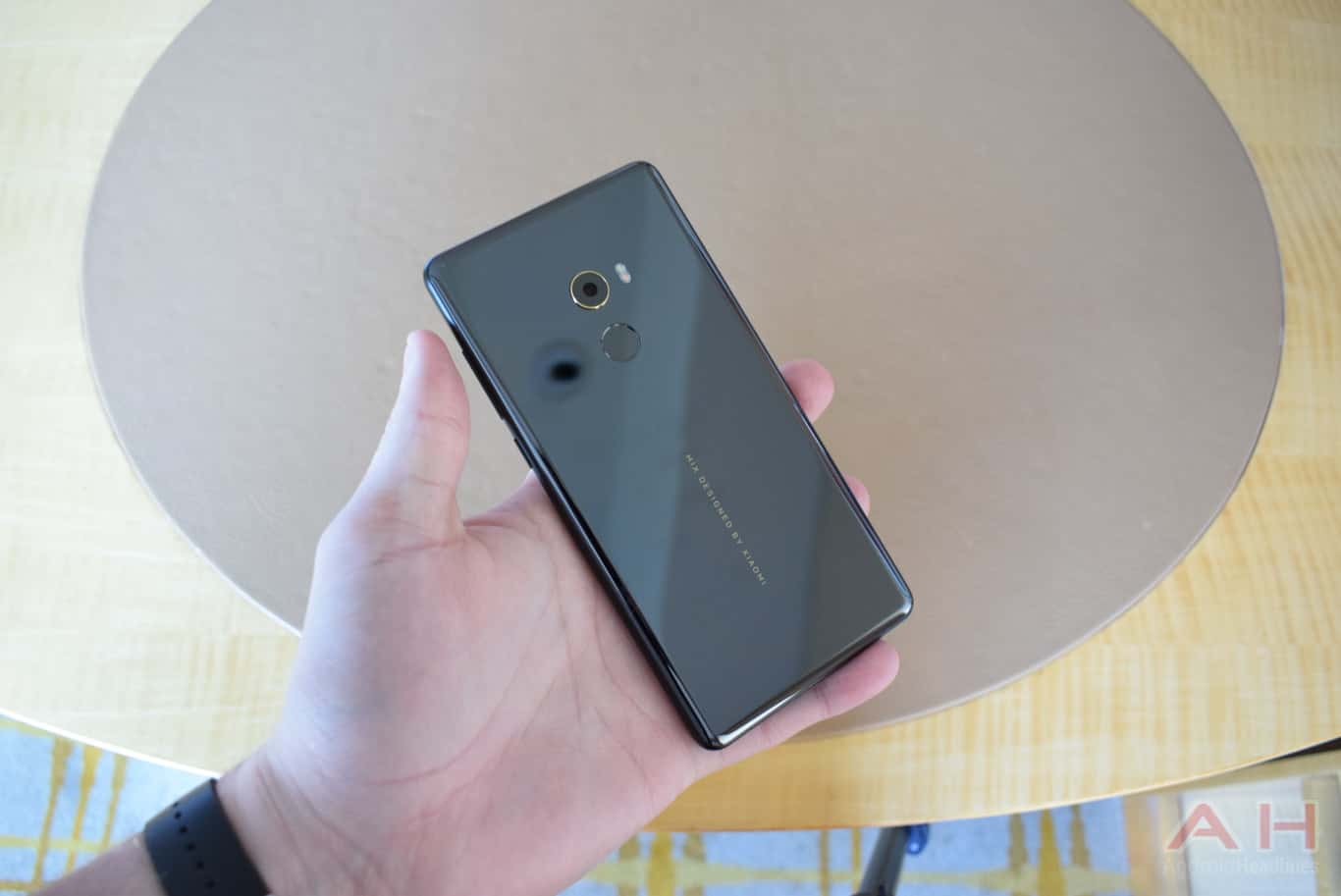 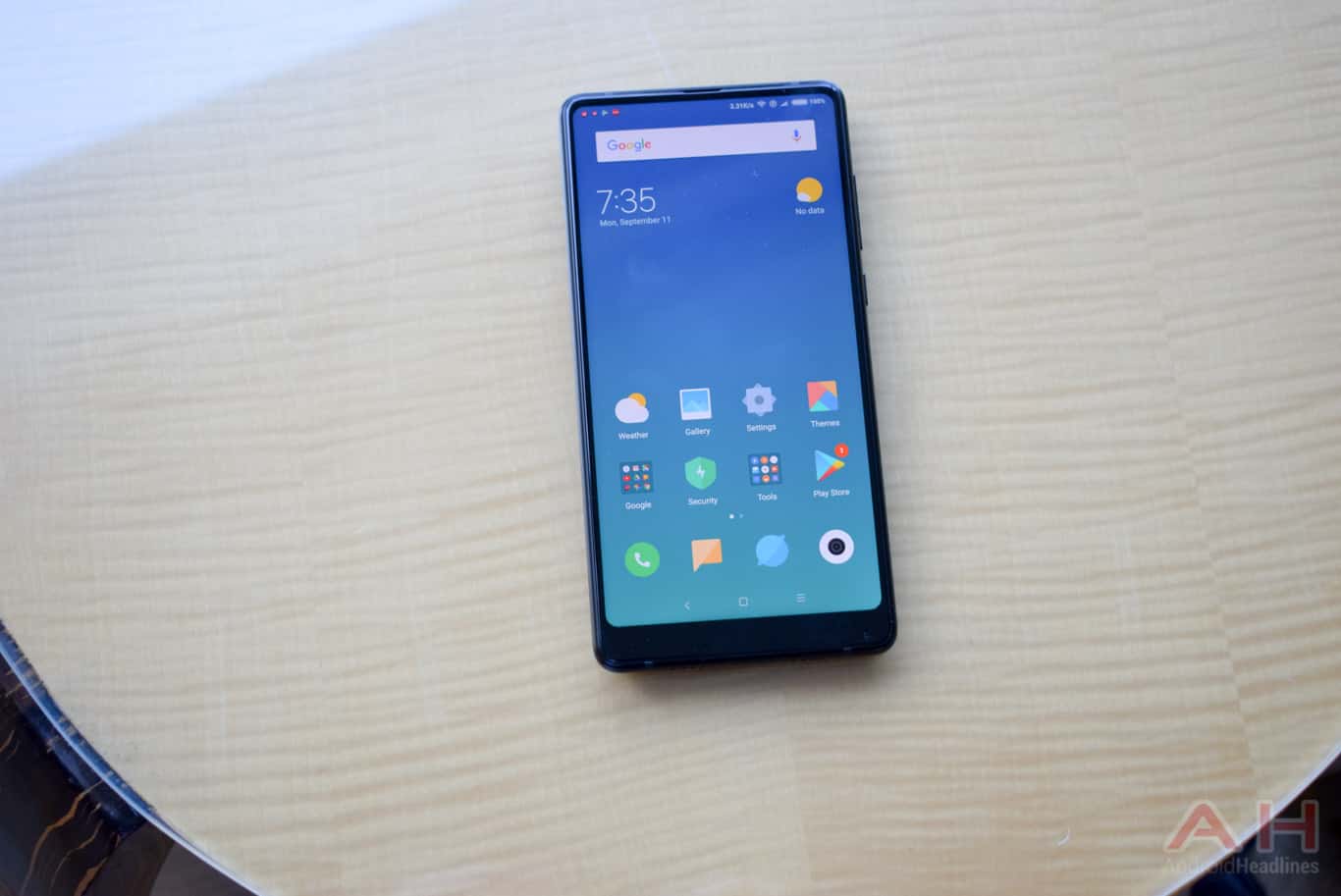 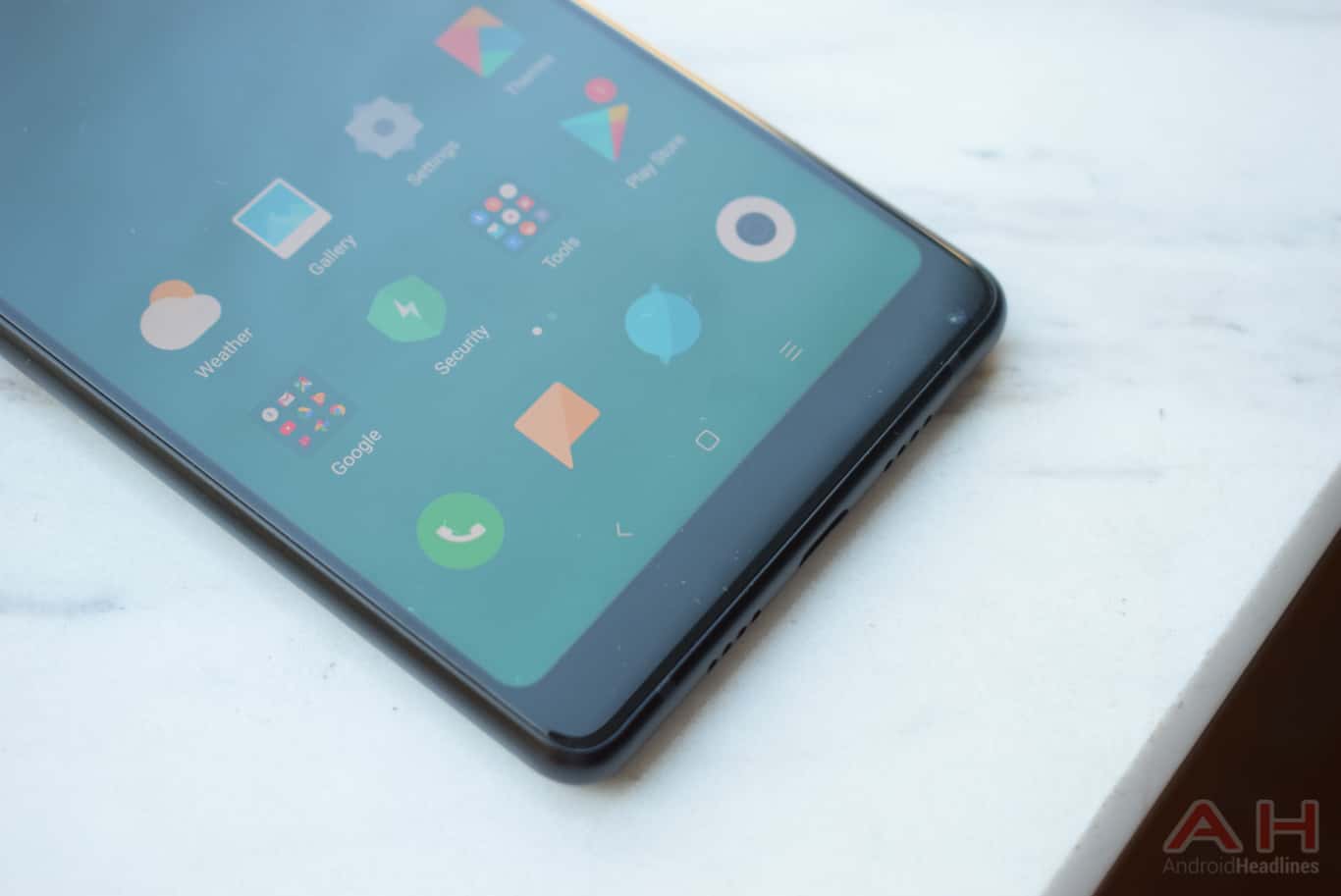 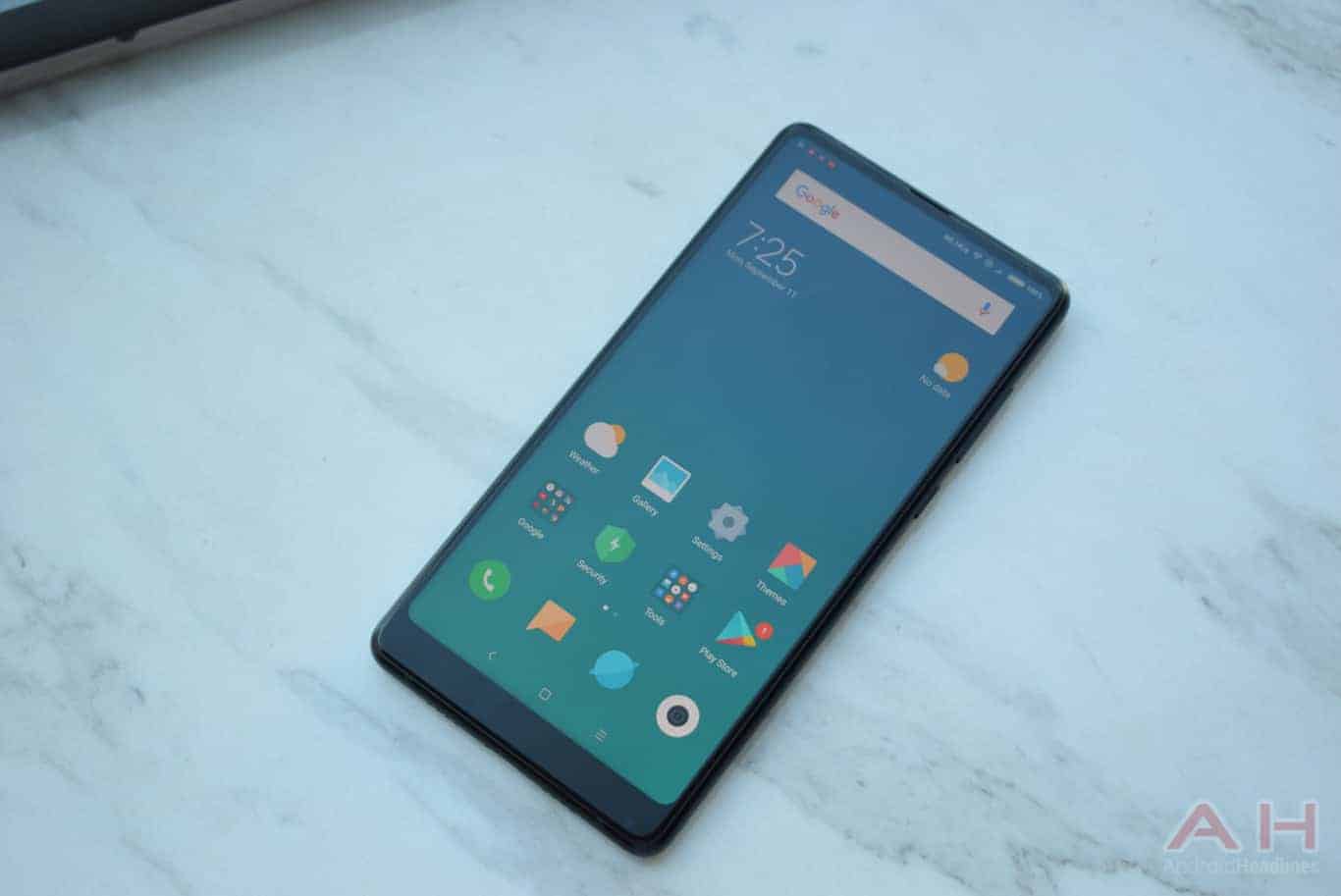 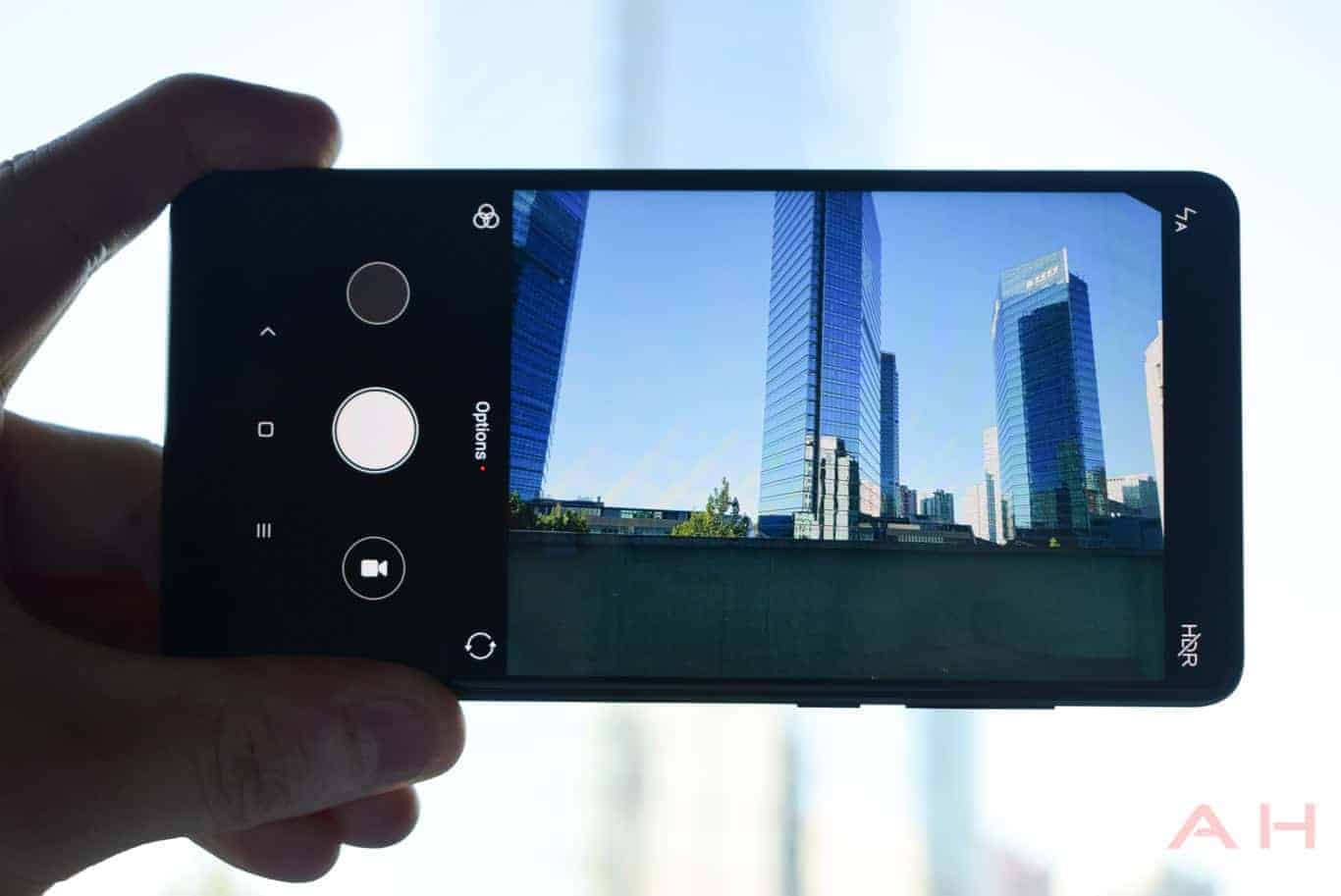 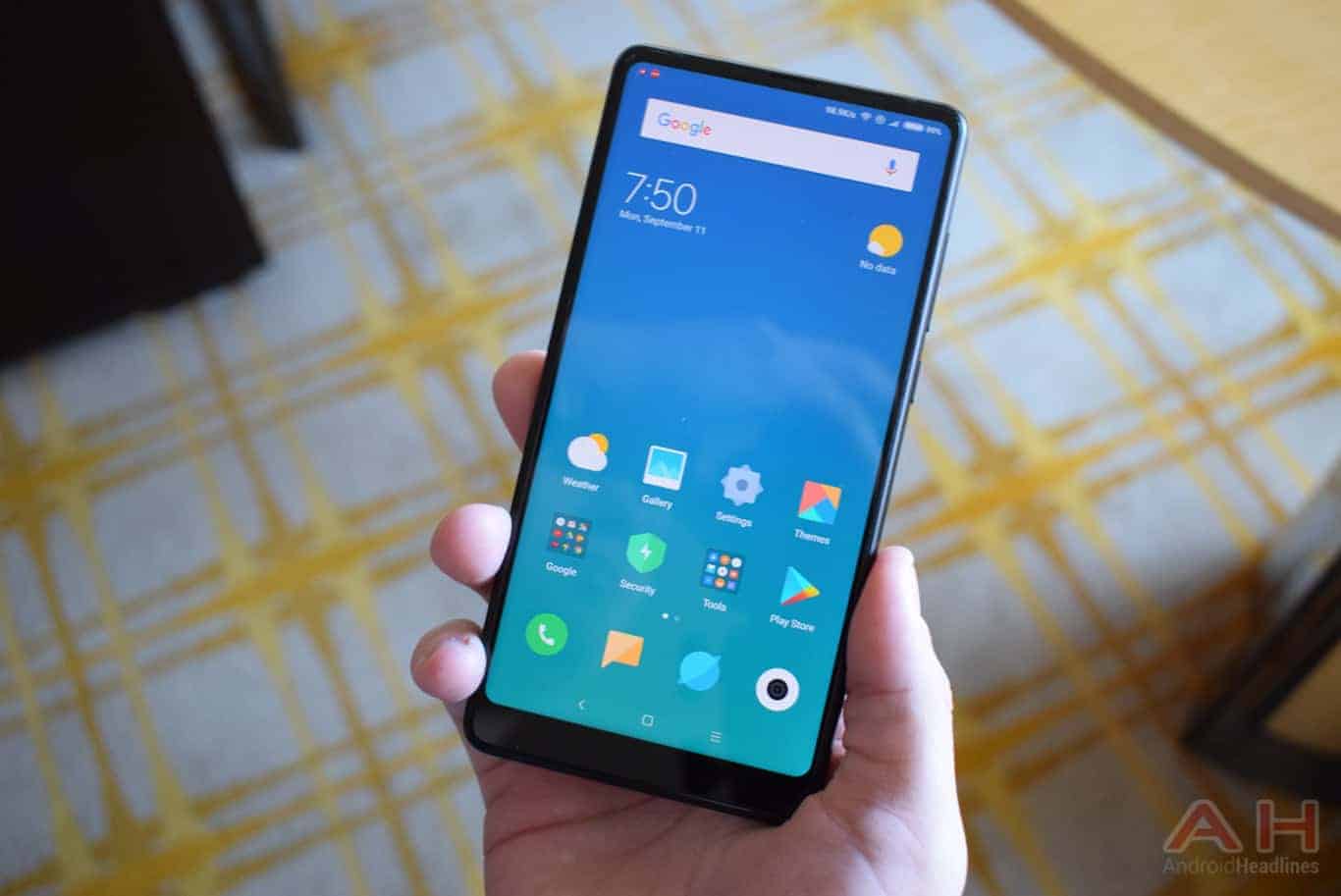 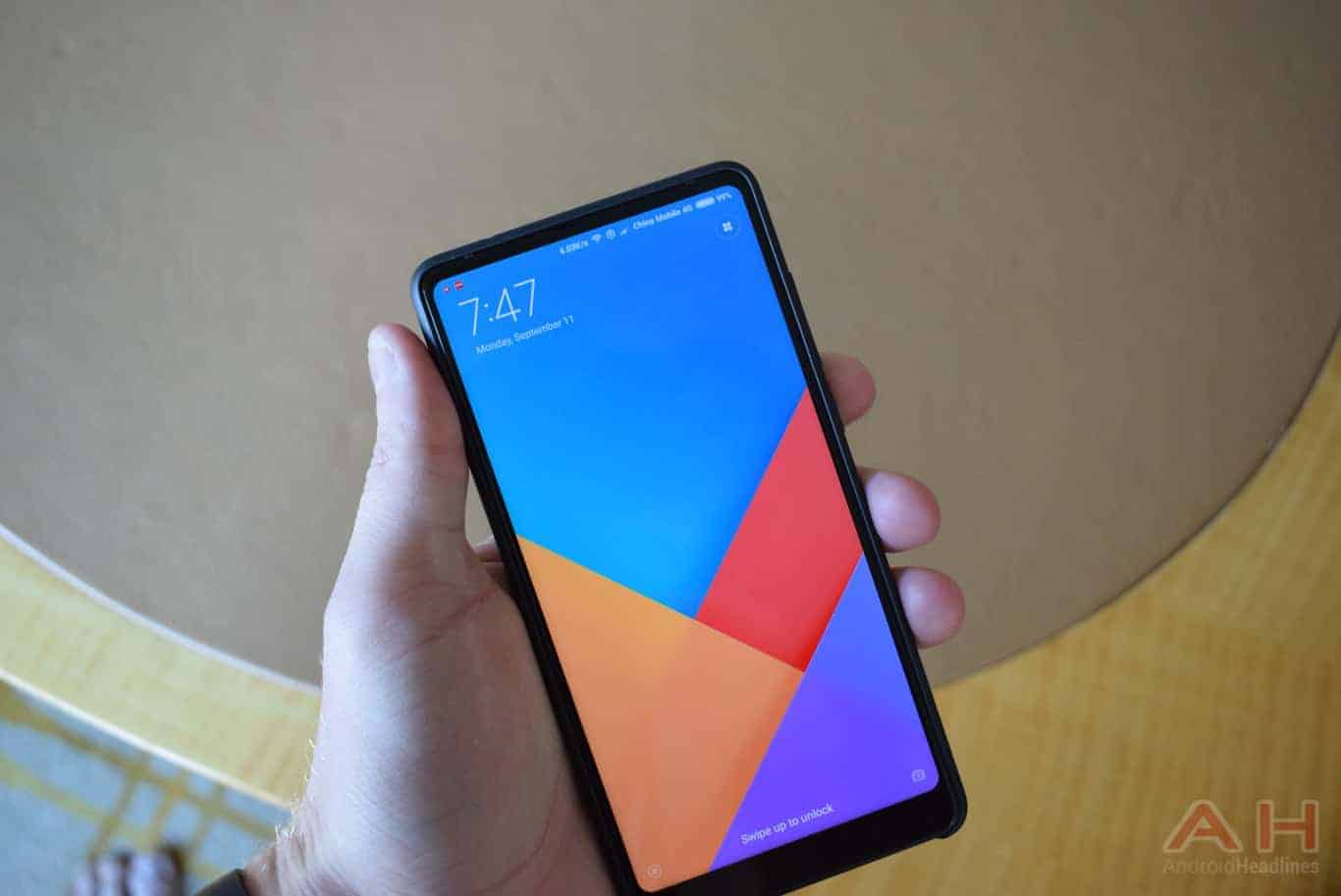 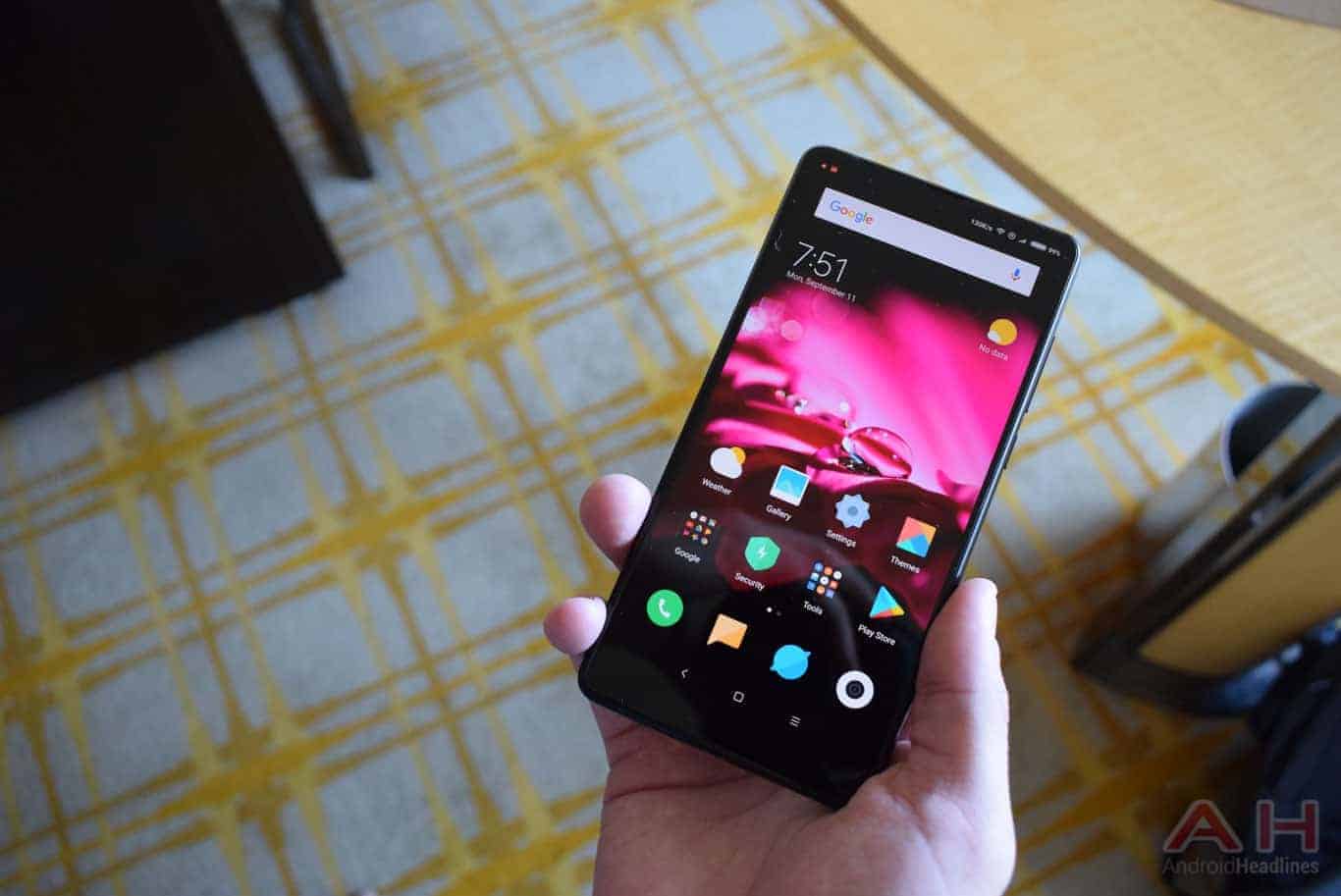 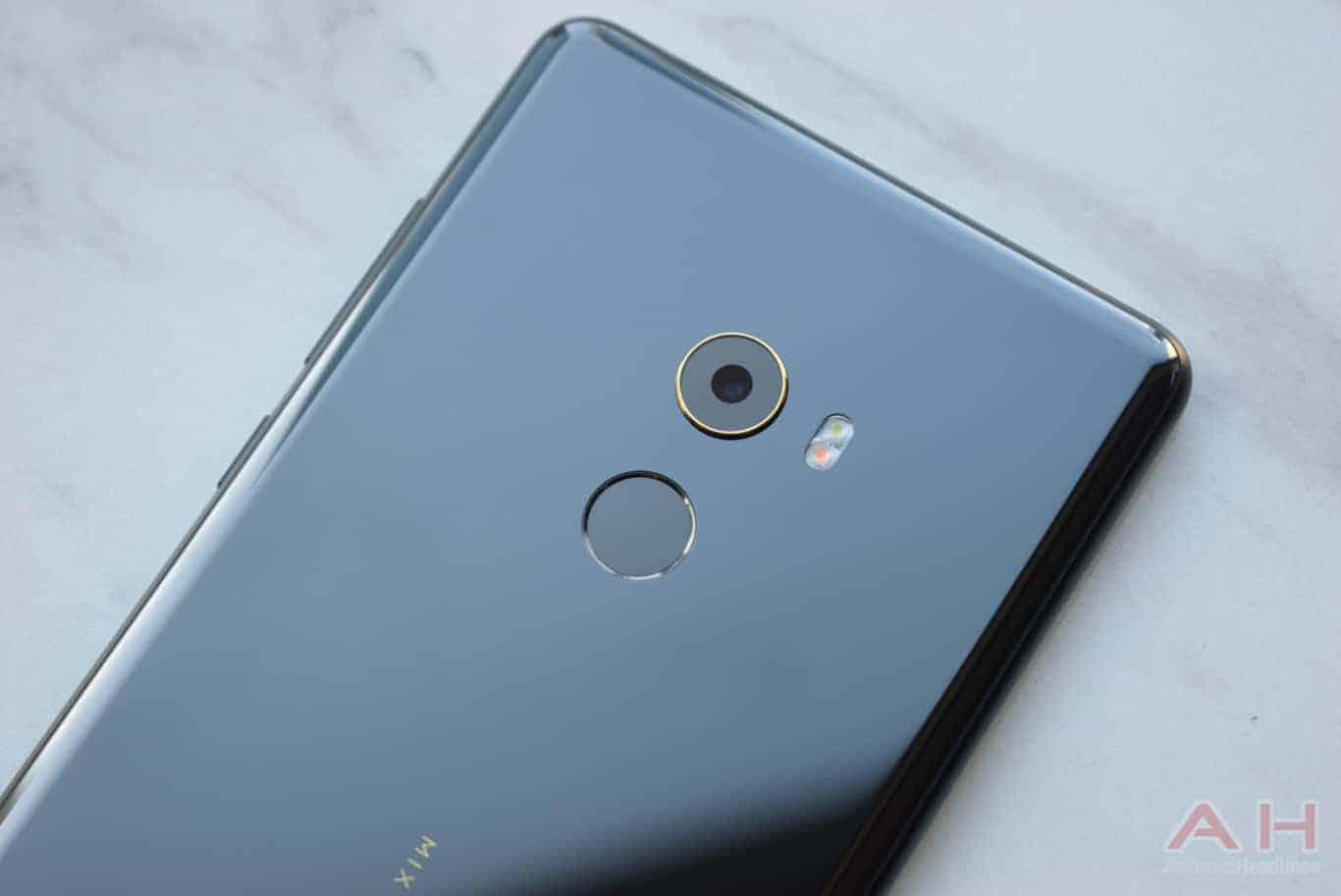 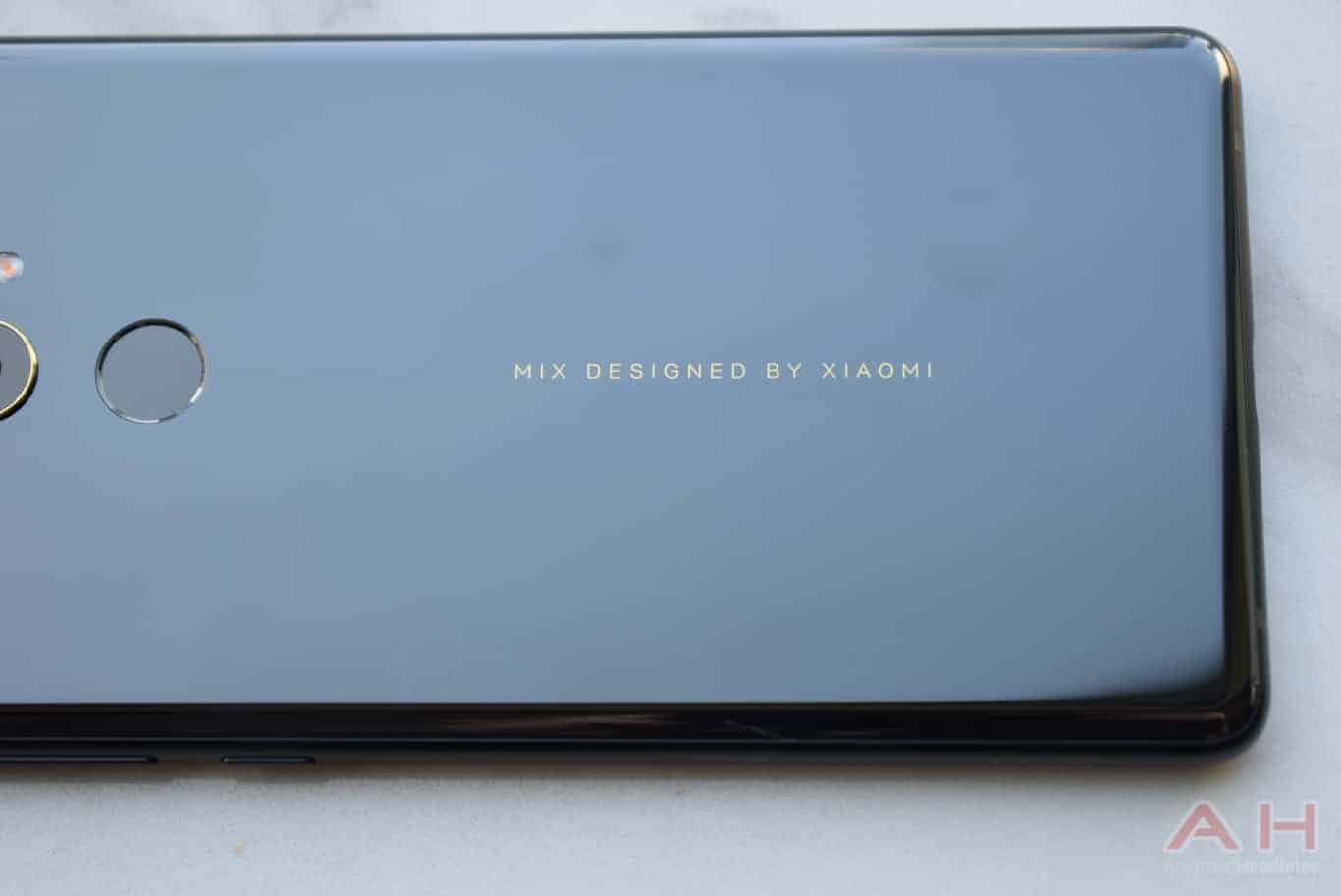