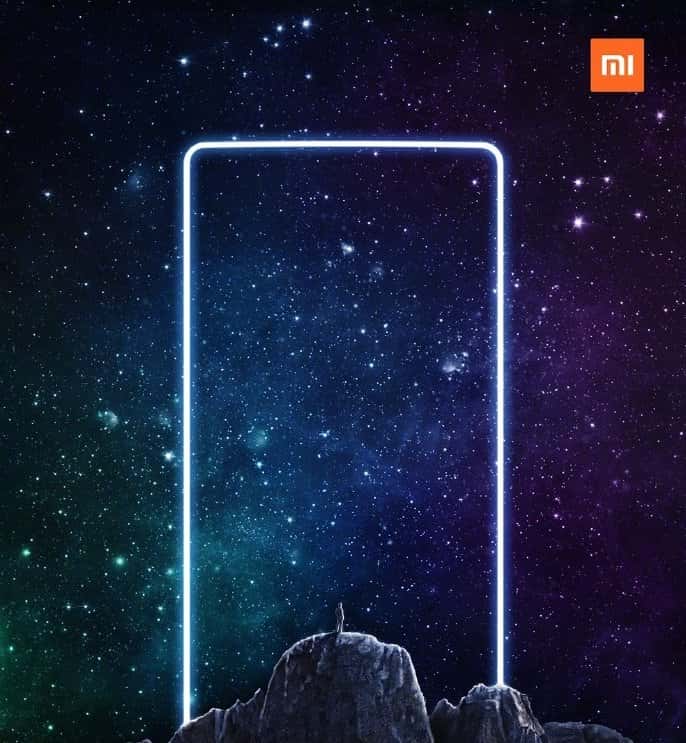 The Xiaomi Mi MIX 2 will be announced on September 11, alongside the Mi Note 3, and a video teaser for the Mi MIX 2’s launch has just surfaced on Xiaomi’s official page on Weibo (Chinese social network). Now, this teaser has been reuploaded to YouTube for easier embedding, and you can check it, as it is embedded below this article. In this teaser, first you’ll notice Mr. Philippe Starck, the main designer of the Xiaomi Mi MIX 2, and after that comes something rather interesting. You will see a part of the Mi MIX 2, and in this teaser it serves as a gun, you’ll feel like you’re planning a game (3D shooter) while watching this teaser. As expected, though, this video does not reveal all that much info about the device, as the phone is kept in shadows in this video.

It is rather noticeable that the back side of the phone is slightly curved though, and metal is included in its build, though it’s possible that glass or ceramic is included on the back of the phone, the video is simply too dark for us to be sure. In its Weibo post, Xiaomi confirms that the Mi MIX 2 will be a ‘bezel-less’ phone, the company says that it is designed in a very interesting way, as its display covers the vast majority of its front side, as expected. The Xiaomi Mi MIX managed to surprise a lot of people when it launched, as nobody expected it to arrive, and even though people are ready to see the Mi MIX 2 now, this handset is still very much capable of surprising us. Samsung and LG already released some really compelling ‘bezel-less’ smartphones this year, and it will be interesting to see if Xiaomi managed to come up with an even more captivating design.

The Xiaomi Mi MIX 2 will be fueled by the Snapdragon 835 64-bit octa-core SoC, which is Qualcomm’s most powerful mobile SoC at the moment. This info had been officially confirmed by Qualcomm already, and that is the only official confirmation that we have for now, as far as the phone’s specs are concerned. The Xiaomi Mi MIX 2 is, however, expected to sport a 6.2-inch QHD+ display with an 18:9 aspect ratio, and the phone is also expected to pack in at least 6GB of RAM, though chances are that Xiaomi will introduce several RAM variants of this handset. Android Nougat will come pre-installed on the Mi MIX 2, and MIUI 9 OS will be included on top of it.