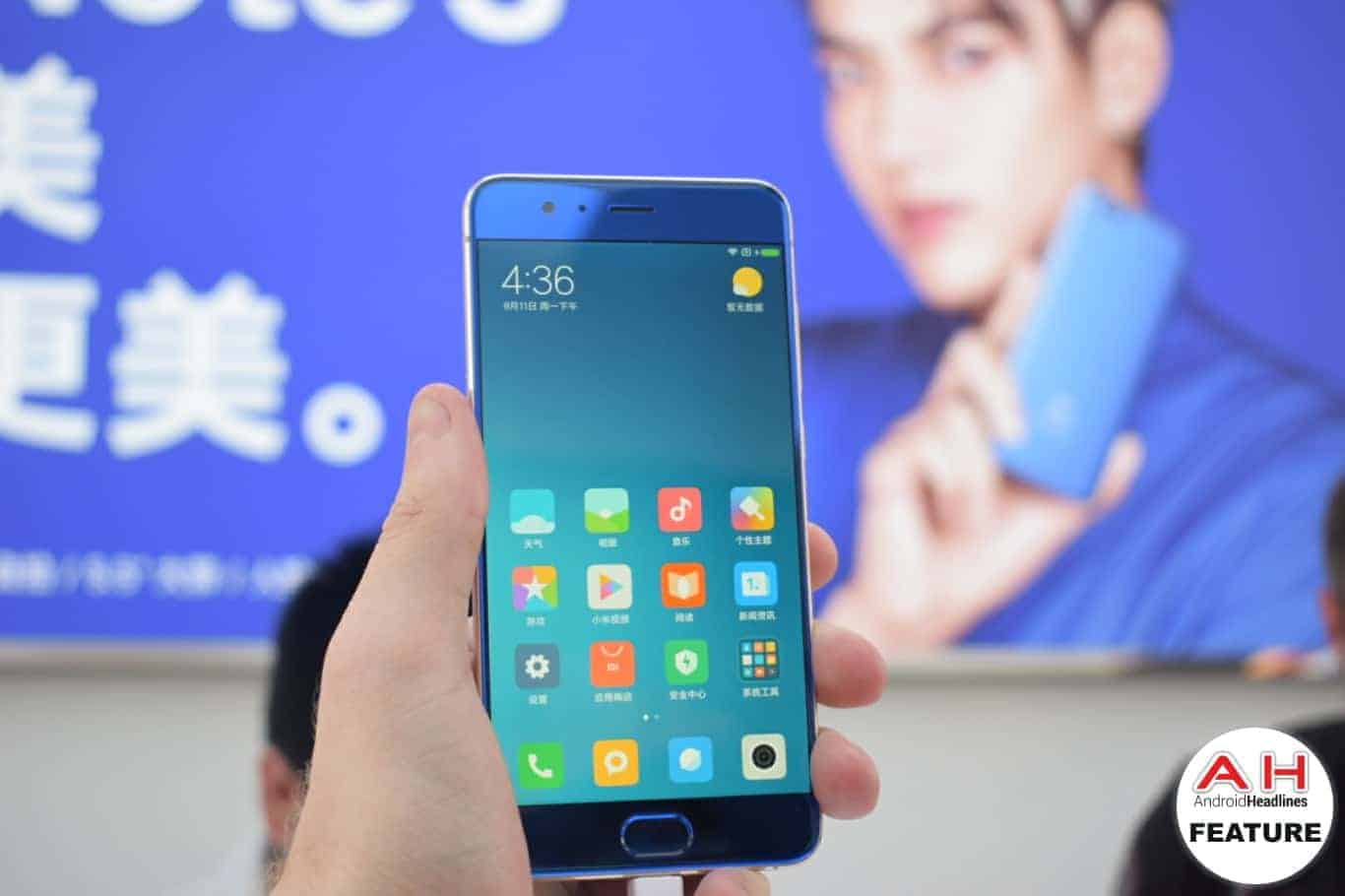 The Xiaomi Mi MIX 2 was definitely the star of Xiaomi’s recent event in China. The Mi MIX 2 is the company’s all-new bezel-less phablet, and is certainly one of the more attractive smartphones out there at the moment, but Xiaomi introduced two smartphones during that event. The second device the company announced is the Xiaomi Mi Note 3, the third-gen Mi Note handset, though this time around and unlike its predecessors, the Mi Note 3 is not a high-end handset and its lineup has essentially been moved to the mid-range category. The Xiaomi Mi Note 3 comes with the Snapdragon 660 SoC, compared to the Mi MIX 2’s Snapdragon 835, while last year, both the Mi Note 2 and the Mi MIX 2 shipped with Qualcomm’s flagship processor. In terms of design, the Mi Note 3 is essentially identical to the Mi 6 but comes with a larger display. Having said that, it’s time to take a closer look at the Mi Note 3’s good and bad sides, as this phone may be compelling but still isn’t perfect. 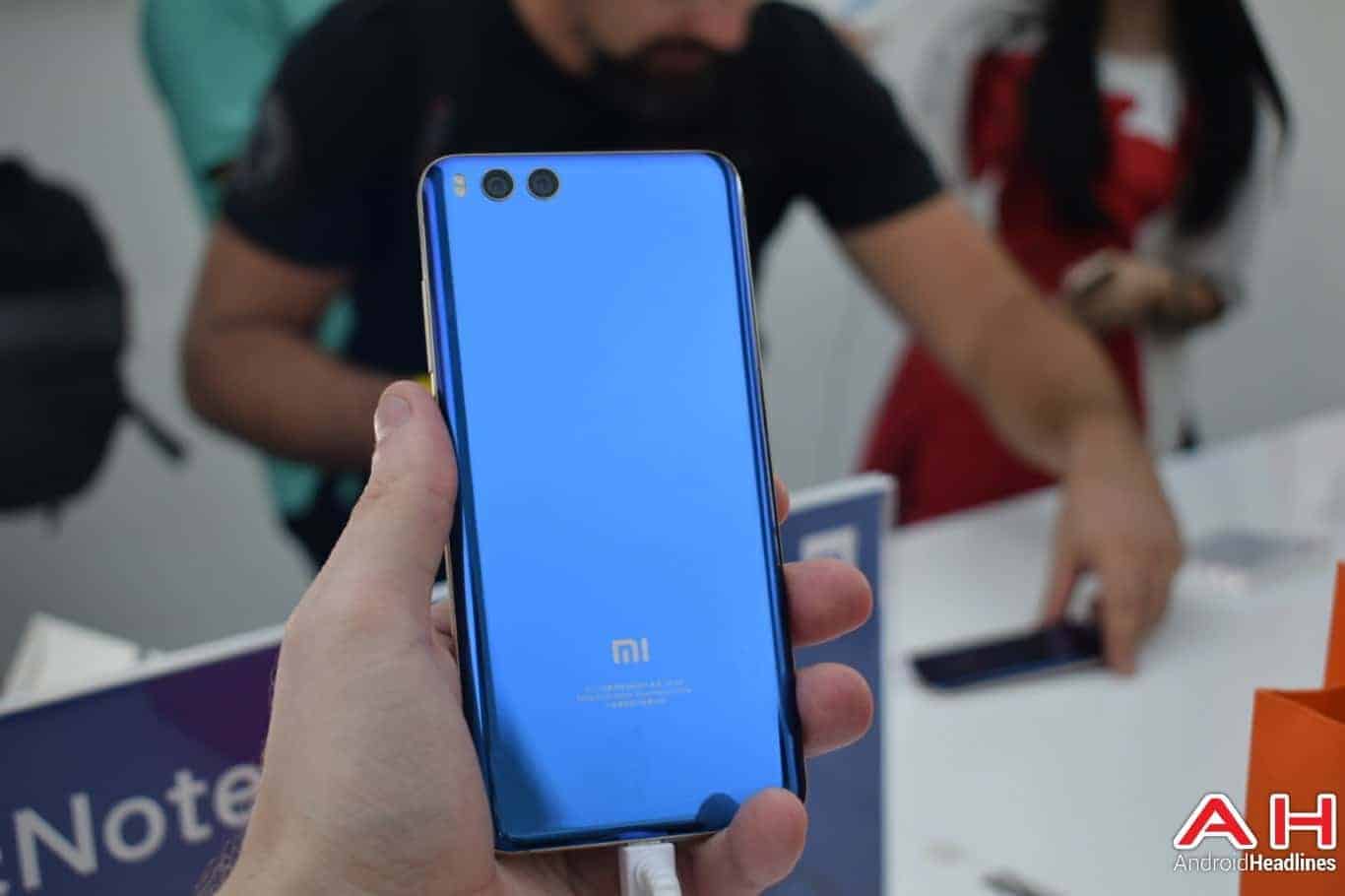 The Xiaomi Mi Note 3 is a well-designed handset. This phone does not sport a bezel-less design or anything of the sort, but it is made of metal and glass, while also being curved on the back so that it fits in your hand without any issues. The Mi Note 3, as already mentioned in the introduction, is identical to the Mi 6 as far as the design is concerned, and the Mi 6 is easier to handle due to the smaller display it sports, but the difference is not that big at all. The fingerprint scanner is also extremely fast on this phone, and many people would agree that front-facing fingerprint readers are more convenient than the ones on the back, but that’s your personal preference, of course.

Another thing worth noting here is the phone’s price point; this handset has plenty to offer in terms of specs, and its price point is actually rather affordable having everything in mind, as long as you don’t mind having a mid-range processor thrown into the mix, as the Snapdragon 660 is quite a compelling chip. The Xiaomi Mi Note 3 comes in three different variants, the Black 6GB RAM model is priced at 2,499 Yuan ($384) and it comes with 64GB of native storage. The Black model with 6GB of RAM and 128GB of storage costs 2,899 Yuan ($445), while that very same model in Red can be purchased for 2,999 Yuan ($460). Now, for that amount of money, Chinese consumers not only get a very premium design, 6GB of RAM and the Snapdragon 660 SoC, but also a 5.5-inch fullHD (1920 x 1080) display, not to mention that the Mi Note 3 sports a dual camera setup on the back. This handset comes with the same dual camera setup entailing 12-megapixel sensors as the Xiaomi Mi 6, and on top of that offers a 3,500mAh non-removable battery.

Now, for those of you who really enjoy taking selfies, you’ll be glad to know that Xiaomi upped the selfie game with the Mi Note 3, as this handset comes with a 16-megapixel front-facing snapper, compared to an 8-megapixel shooter that was included in the Mi 6. The Mi 6 was capable of taking some really great selfies thanks to its sensor and the company’s software (Beautify feature), and the Mi Note 3 takes that to a whole new level. We did not get a chance to fully test the camera, as we did not spend that much time with the device, but from what we’ve seen thus far, selfies look really great here; not only is the camera capable of capturing plenty of detail, but Xiaomi’s software does its best to fix any issues with your images and is actually doing a pretty good job at that. 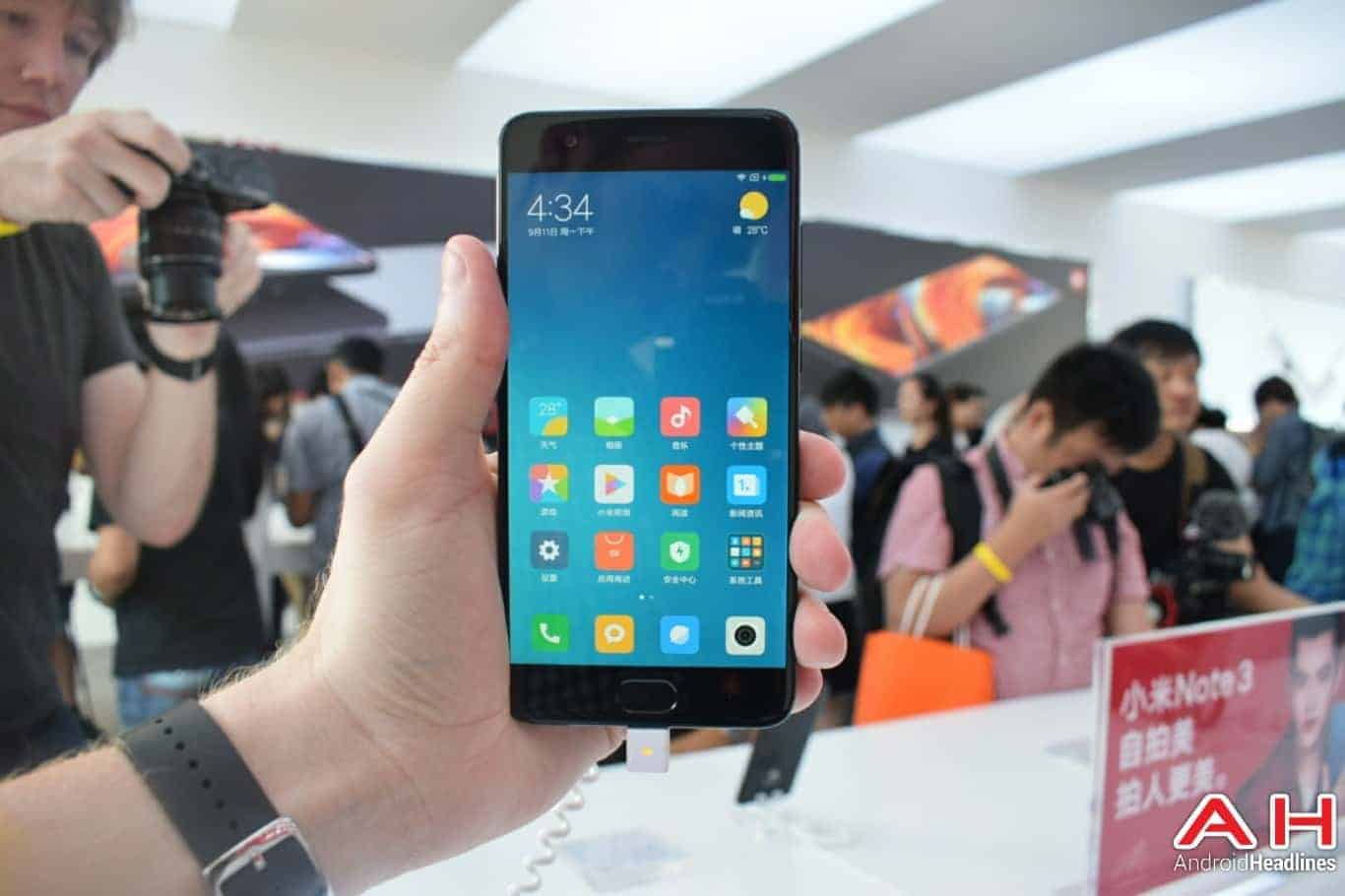 At this price point, you cannot really expect to get a flagship device, but it is somewhat disappointing that Xiaomi opted to use the Snapdragon 660 here instead of the Snapdragon 835. The Snapdragon 660 is a capable processor, but it’s nowhere close to the Snapdragon 835 in terms of performance, and considering that the previous two ‘Mi Note’ generations were flagship handsets, it’s a bit disappointing that this one is not. What is even more confusing for consumers is the fact that this phone sports the same design as the Mi 6, so many would assume that this is literally a larger variant of the Mi 6 and that it comes with the Snapdragon 835. It would make more sense to use the ‘Mi 6’ in its name, having its design in mind, but Xiaomi opted to go the other way around, and this is what the company came up with. Xiaomi basically exchanged a flagship processor for a really capable front-facing camera here, as most other aspects of the Mi Note 3 are identical to those of its smaller sibling.

The Xiaomi Mi 6 is splash-resistant, it does not exactly come with an IP rating, and neither does the Mi Note 3. Xiaomi did not mention anything about water resistance or anything of the sort during the announcement, so it remains to be seen if the Mi Note 3 is even splash-resistant. Water resistance is something you cannot expect to get from your average mid-range smartphone but it would sure be nice if Xiaomi included it here. Now, we’d also mention availability here, as for now, the Mi Note 3 is limited to China, and Xiaomi still did not release any details regarding its availability outside of its homeland, but it is possible that the company will release some info on the matter in the near future. If that does not happen, however, it’s going to be a real shame, because the Mi Note 3 would certainly attract plenty of attention in some markets outside of China with its looks, price point(s), and specs. If nothing else, it is to be expected that the Mi Note 3 will eventually reach India and be available from international resellers like GearBest.

Now, MIUI is a plus for some people and a minus for others. Xiaomi’s Android skin did mature quite a bit in the last couple of years, and it’s actually a solid offering, but for those of you who are looking to get something close to stock Android, well, this could not be further away from it. You’re not getting the app drawer here, and the whole OS looks considerably different to the vanilla experience. You’ll still get your regular notification shade and everything, but it looks different, and so does the overview (multitasking) menu. Despite the fact that this handset comes with Android Nougat, MIUI 9 lacks some Nougat features like a full-fledged Quick Reply feature, though there’s a chance Xiaomi will add it via an update. Of course, you may like MIUI, but its presence is still a negative for some people. 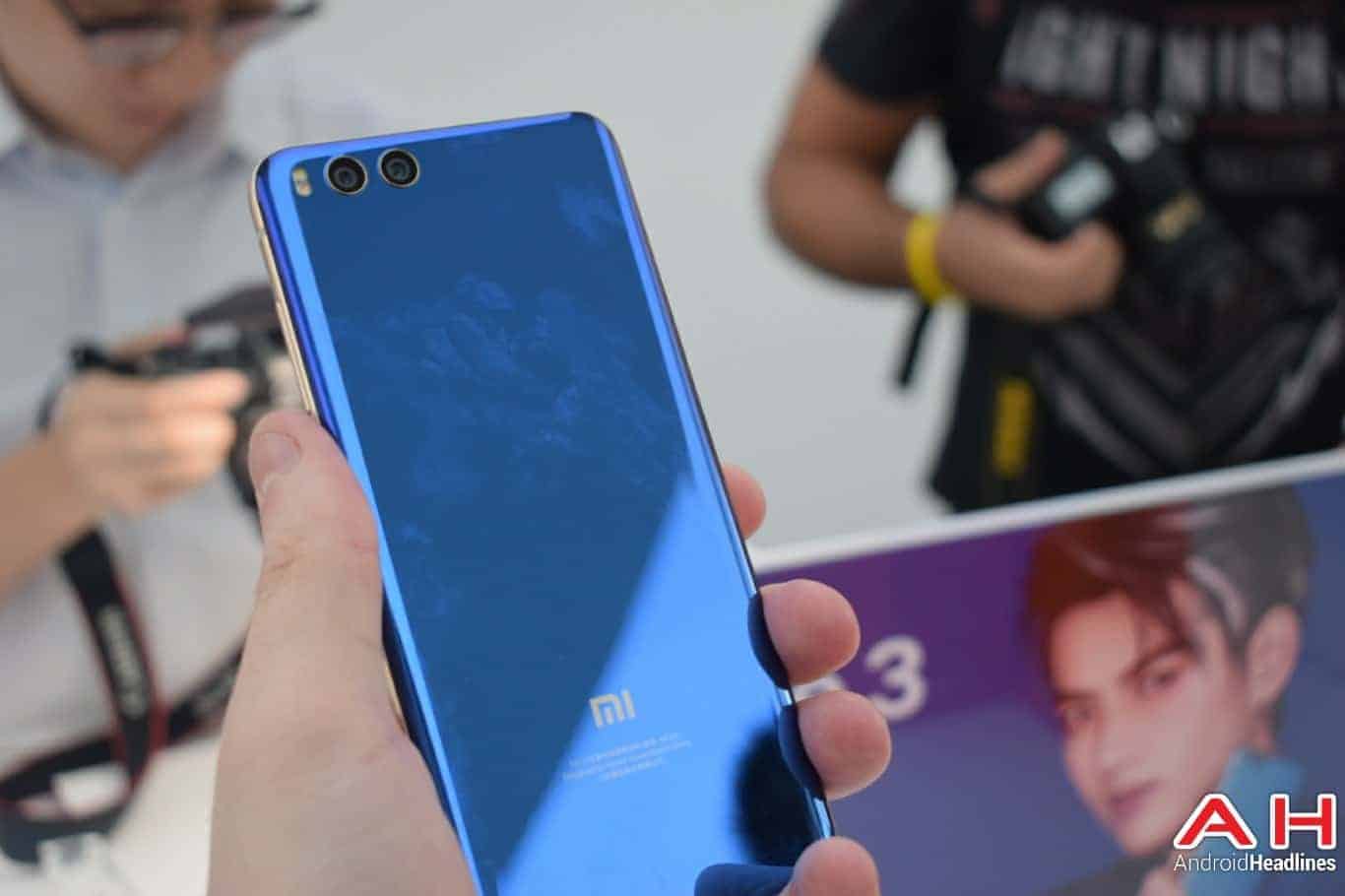 The Xiaomi Mi Note 3 does not sport a 3.5mm headphone jack, which was our complaint when it comes to the Xiaomi Mi MIX 2 as well. Truth be told, not everyone cares about this, but the vast majority of people are still using wired headphones or earphones with their smartphones, and such a port should have been included with the Mi Note 3. The fact that Xiaomi did not include it is not surprising, though, as such a port was not included in the Mi 6 either, and Xiaomi said that it did that so that a bigger battery will fit inside the Mi 6. Well, the Mi Note 3 does not exactly come with a huge battery (3,500mAh), and considering that it has a rather large 5.5-inch display and is not exactly bezel-less, the company should have found a place to include such a port. It seems like more and more smartphone manufacturers are removing the 3.5mm headphone jack, which is a shame, but in any case, this is definitely a sore point for some people. 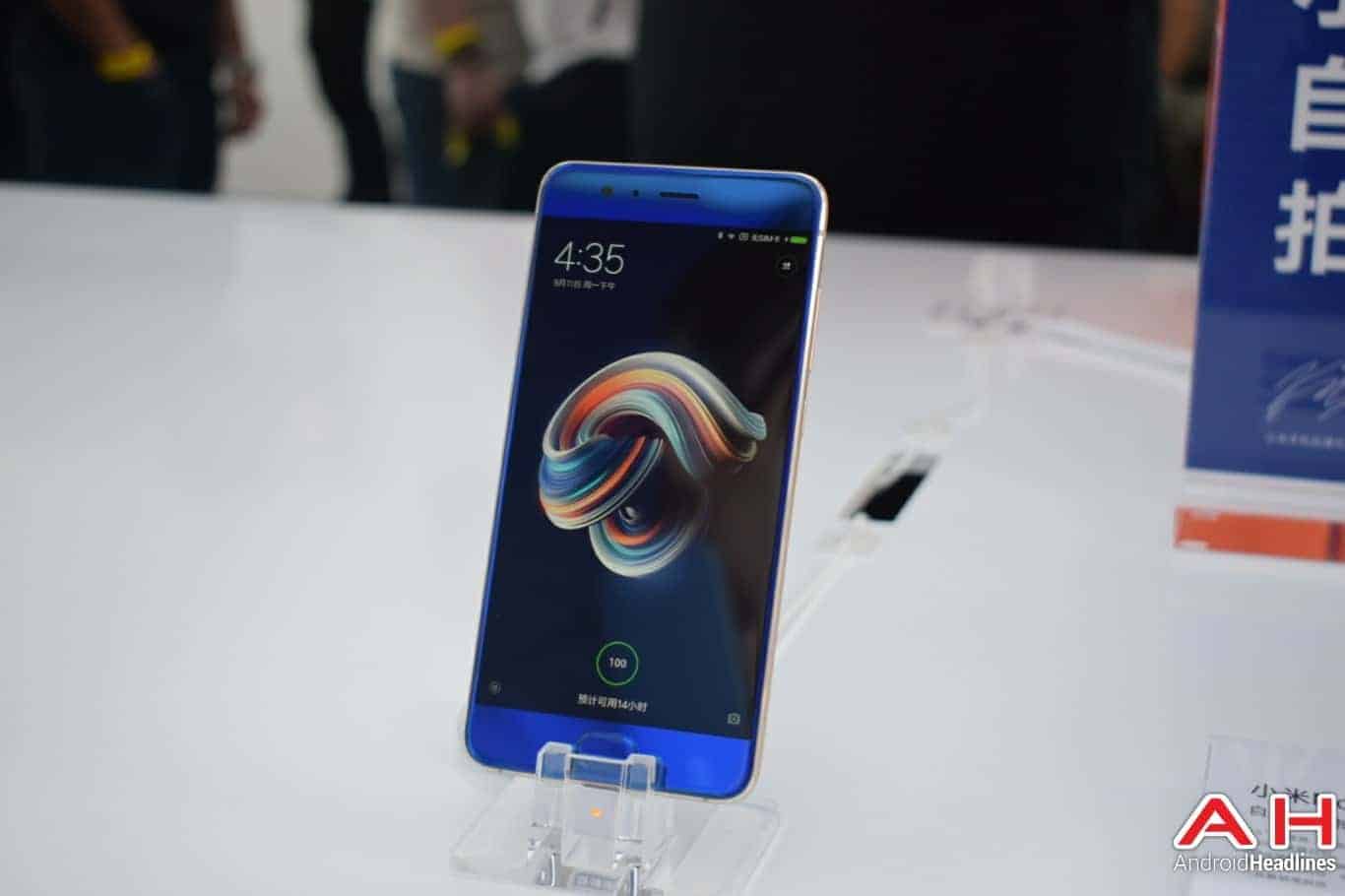 A perfect phone does not exist, but the Mi Note 3 is definitely a solid offering from Xiaomi. This device comes with just the right pricing, having its specs in mind, and if you like MIUI and don’t need wireless charging, a 3.5mm headphone jack, or waterproofing, this might be just the phone for you, and the only question is whether it will be officially available in your region. We’re hoping that Xiaomi will answer all availability questions in the near future, but for the time being, this handset is limited to China. The Mi Note 3 offers a great build, looks really nice, and does plenty of things right, so there’s really no reason why you shouldn’t consider this phone if you’re in the market for a solid mid-range offering.