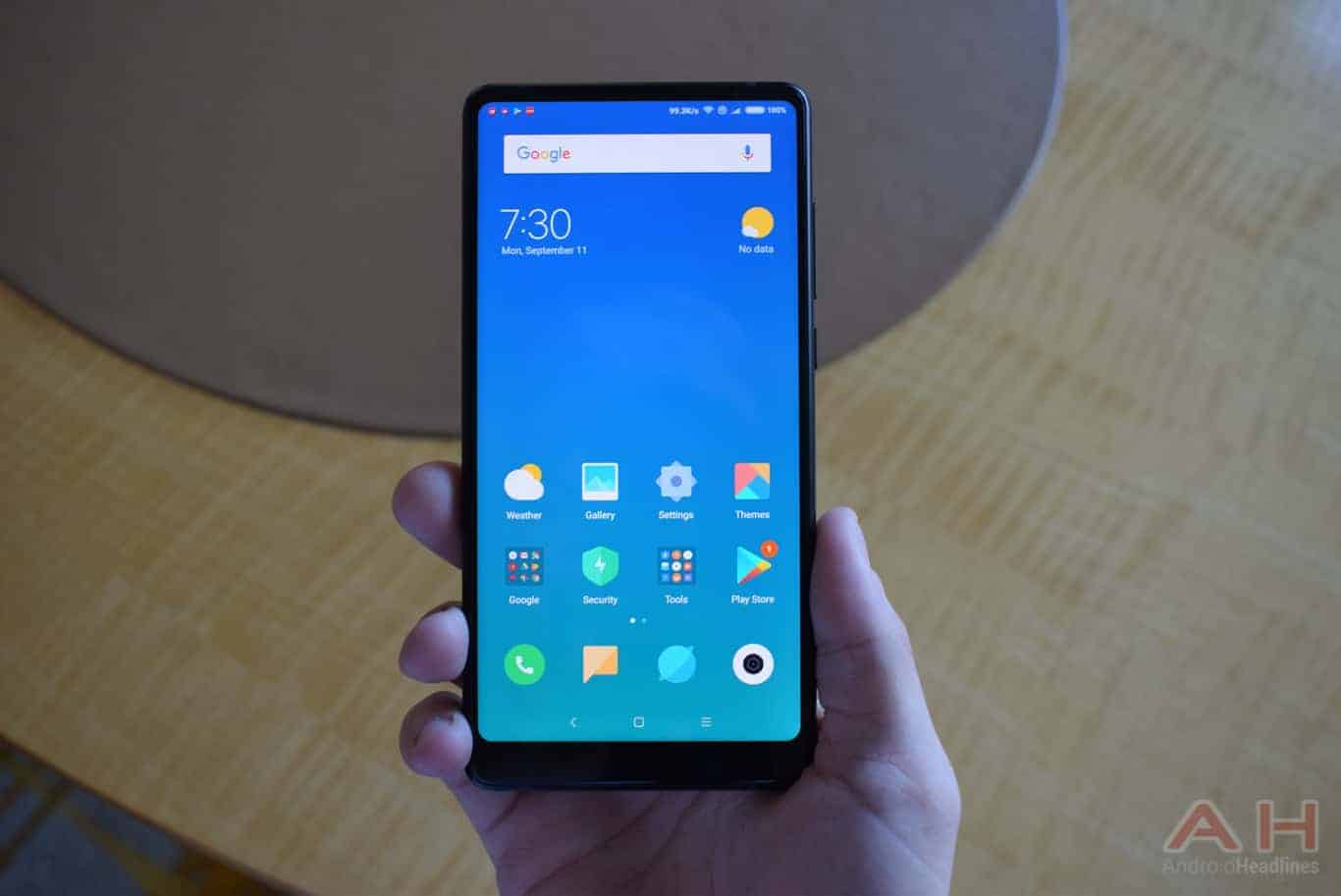 The Xiaomi Mi MIX 2 is now official, Xiaomi introduced it today during an event in China, and along with the details about the device itself, the company also shared some of its availability info. As expected, the Xiaomi Mi MIX 2 will first launch in China, though we're still not sure when will it become available for purchase. Now, as far as international availability is concerned, this phone will be available in all markets that Xiaomi is active in (though Xiaomi did not say when will the Mi MIX 2 leave China), so no luck for those of you who live in the US, but the phone will come with 43 4G LTE bands, more than any other phone out there.

In terms of pricing, the Xiaomi Mi MIX 2 is not exactly a budget phone, though, on the other hand, it's not that pricey considering what it has to offer. This phone comes in four variants, its 6GB RAM model comes with 64GB, 128GB or 256GB of native storage, while the 'Special Edition' 8GB RAM variant was also announced by Xiaomi, and it comes with 128GB of storage. At the moment, we know that the 6GB RAM Xiaomi Mi MIX 2, which comes with 64GB of storage, costs 3,299 Yuan ($505), while the Mi MIX's pricing started at 3,499 Yuan ($536) last year. Now, the 8GB RAM variant, which comes with 128GB of native storage, is priced at 4,699 Yuan ($718). Xiaomi still did not share price points for the remaining two 6GB RAM models, variants which ship with 128GB and 256GB of internal storage, but when that changes, we'll make sure to update this article.

The Xiaomi Mi MIX 2 sports a 5.99-inch FullHD+ (2160 x 1080) display, which is one of its main selling points, as this phone sports really thin bezels. The Xiaomi Mi MIX 2 is fueled by the Snapdragon 835 64-bit octa-core SoC, which comes with the Adreno 540 GPU for graphics processing. The Mi MIX 2 also comes with a 3.400mAh battery, which is not removable. There's a single camera on the back of this phone, a 12-megapixel shooter, and a dual-LED, dual-tone flash which is also included on the back of this phone. A fingerprint scanner is located on the back of the Xiaomi Mi MIX 2 as well, and the phone comes with a set of on-screen buttons. Android Nougat ships out of the box on this phone, and the company's MIUI 9 OS is installed on top of it. A 5-megapixel front-facing shooter is also a part of this package, and the phone does not come with a 3.5mm headphone jack, but you do get a USB Type-C to 3.5mm dongle inside the box. Speaking of which, a polycarbonate case is also included in the retail box.

UPDATE: Xiaomi Mi MIX 2 will become available for purchase in China this Friday, September 15. You will be limited to only one unit, though, if you live in China and opt to purchase it. Do keep in mind that the 8GB RAM Special Edition model will not go on sale so soon, it will launch in November.