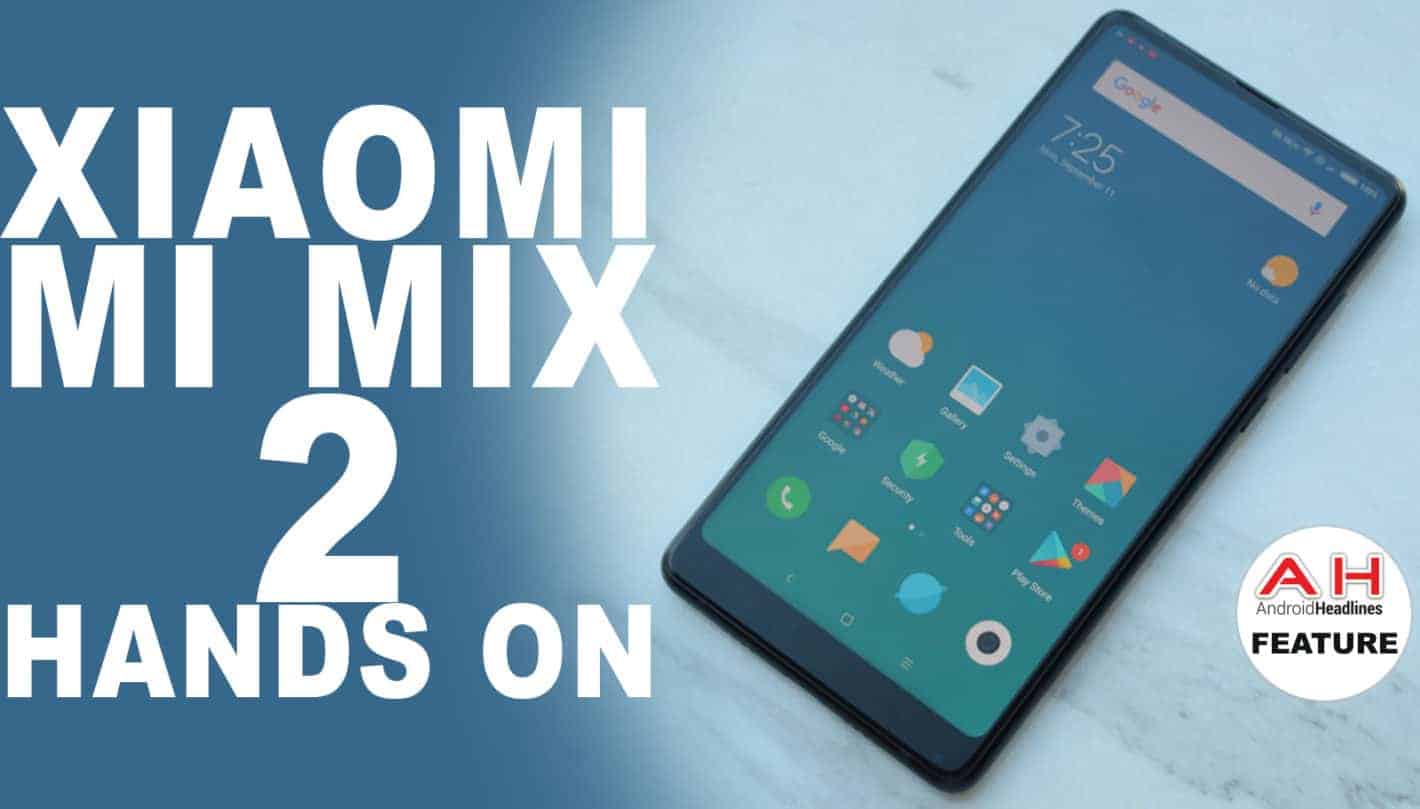 Last year Xiaomi debuted what was essentially the first bezel-less smartphone, the Xiaomi Mi MIX. While it was an interesting phone, it ultumately felt more like a view into the future rather than a must have flagship phone. This year Xiaomi has significantly overhauled its bezel-less phone, coming in with a significantly refined build and design. Last year's device was a rather boxy and heavy affair, but this year Xiaomi has slimmed the overall chassis down to 7.7mm and 185g; a considerable improvement over the 209g from last year.

The sequel sports a 5.99-inch Full-HD+ display, nearly half an inch smaller than last year's phone, but the body itself is a lot more manageable to hold as well, coming in at 7mm shorter, 7mm narrower, and .2mm thinner. The display is an 18:9 aspect ratio IPS LCD panel, with a much smaller chin below the display too. The chassis has also received an overhaul in design, with an aluminum frame that should give it a little better drop protection than the all ceramic build from last year. You'll still find the same gorgeous ceramic covering the back though, giving the device an incredibly premium feeling that's ultra scratch resistant, and the new white color will help a lot with fingerprints too.

In that box is the phone itself, charger and USB cable, and Xiaomi is still including the awesome leather case that came with last year's Mi MIX as well. This leather case feels incredible and helps the phone feel ultra premium even while being covered; something that can't be said of every case out there. Inside is all premium too, with a Qualcomm Snapdragon 835 chipset, 6GB of RAM and 64GB, 128GB, or 256GB of UFS 2.1 internal storage. There's even a special edition coming with 8GB of LPDDR4X RAM and 128GB of UFS 2.1 internal storage as well. Both devices feature an 18K gold plated ring around the camera lens, and the special edition adds gold plating to the fingerprint scanner ring as well. All in all this is one seriously premium experience, launching with MIUI9 and packing in a powerful Sony IMX386 camera on the back too. Check out the video below to see the phone in action!