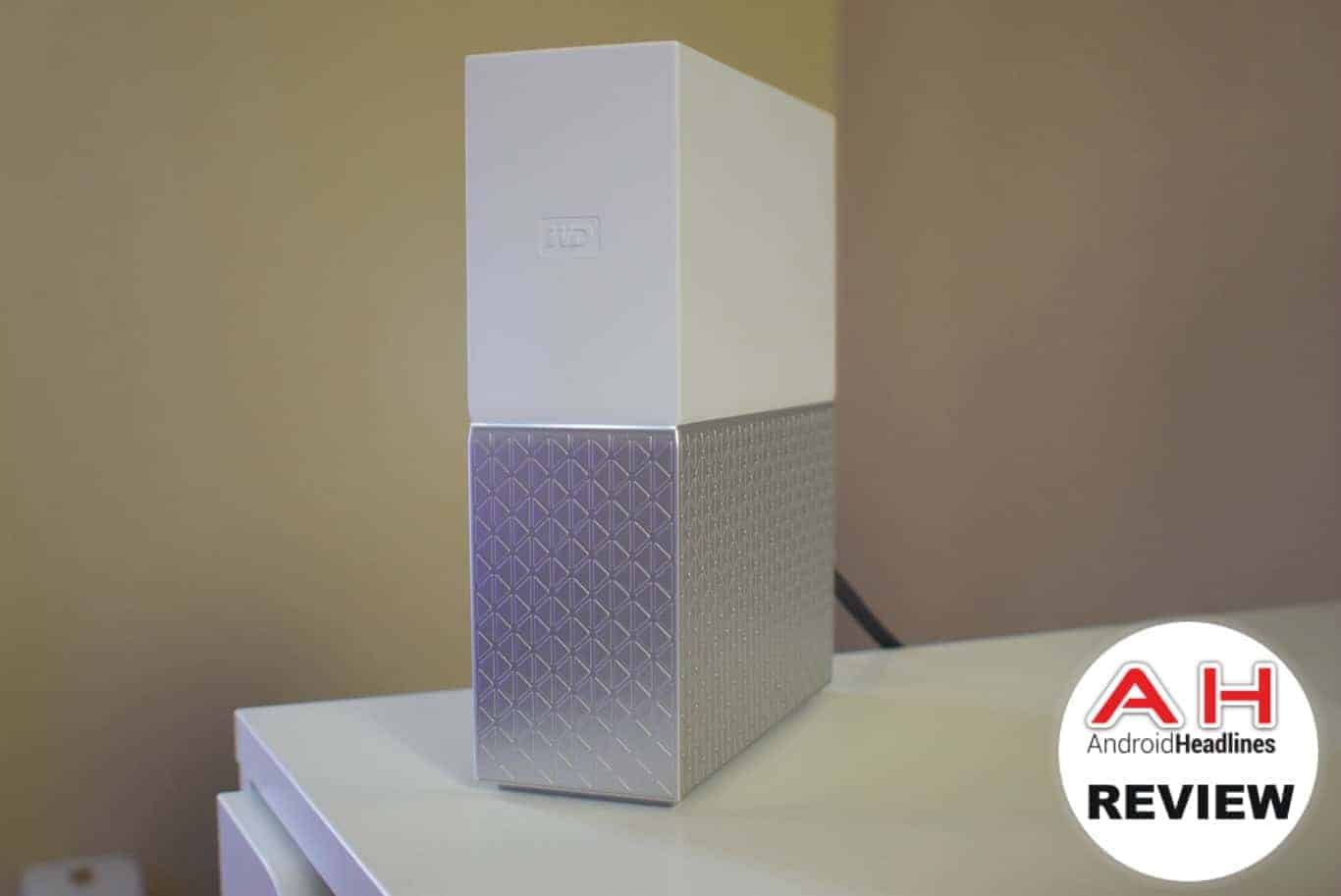 Western Digital is one of the bigger names in the world of storage, besides Seagate. And recently, it announced a new product, the My Cloud Home. This is a new version of the My Cloud family that the company has had available for quite some time, and it actually uses a new suite of apps, so be careful in downloading the correct app, as the old My Cloud app will not work with My Cloud Home. But basically, My Cloud Home is an internet-connected hard drive, that you can access from anywhere. And in the world of mobile devices replacing our computers for some people, and manufacturers giving users less ports on laptops, this is a pretty useful product. 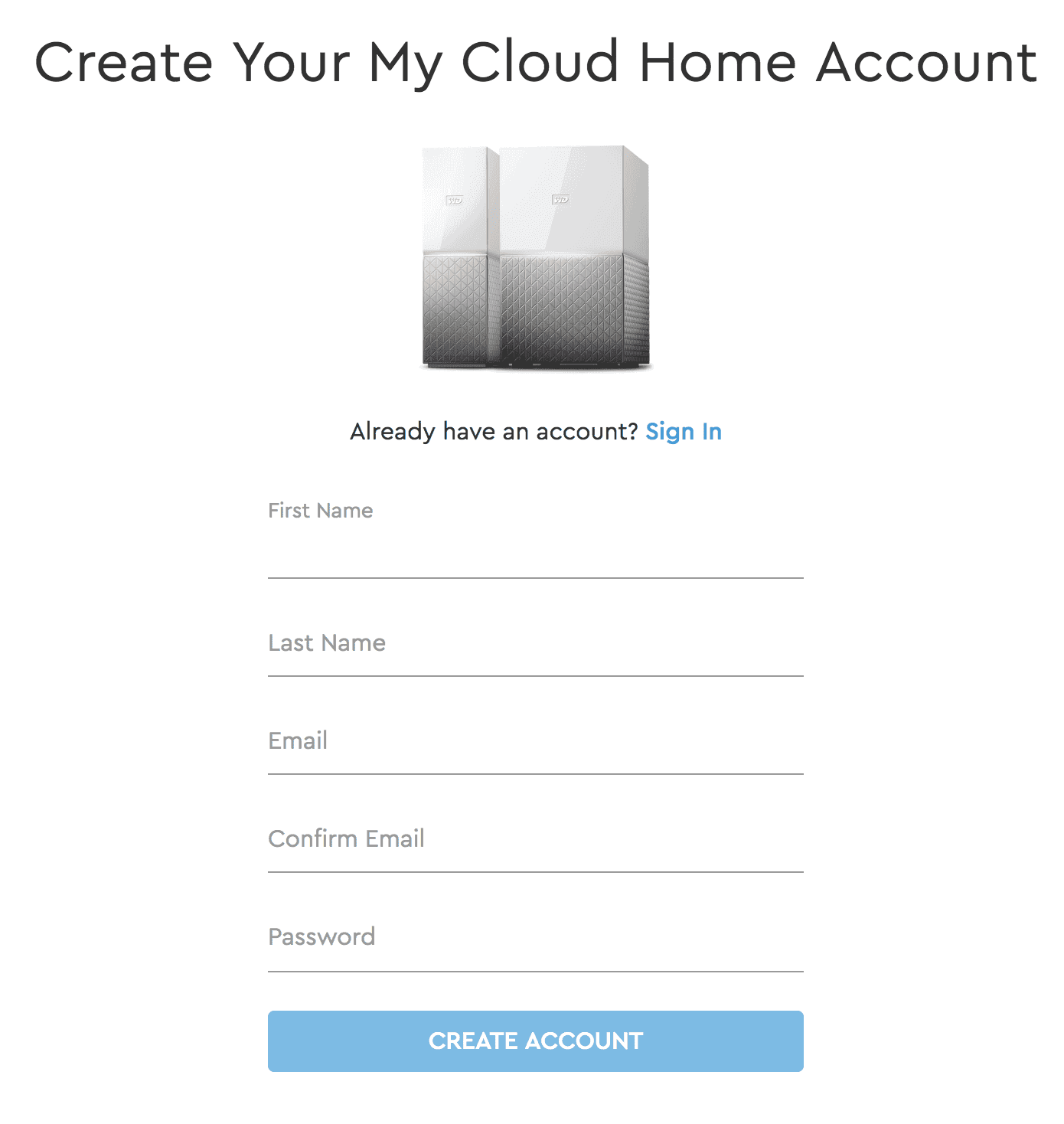 Setting up the My Cloud Home is pretty simple, and Western Digital does also provide a pretty nifty diagram of how to get everything set up. The My Cloud Home will need to be near your router, as it does plug in directly to the router with the included Ethernet cable. And then of course, it will need to be plugged into the wall. From there, you'll need to head to the website listed on the card, which is mycloud.com/hello.

Once you visit Western Digital's My Cloud Home website, you'll either need to create an account or log into your existing account. Once you are in, you'll be able to access all of the files on your My Cloud Home, or have the option of downloading an app for the platform you are on. Western Digital has apps available for macOS, Windows, iOS and Android. The apps are pretty simple, it essentially allows you to view your files, setup automatic backup and even adjust the settings on your My Cloud Home. And that's about it, now you basically have your own wireless hard drive available to you, to store everything you could ever want. Western Digital really couldn't have made it any easier for new users – even those that struggle with technology. 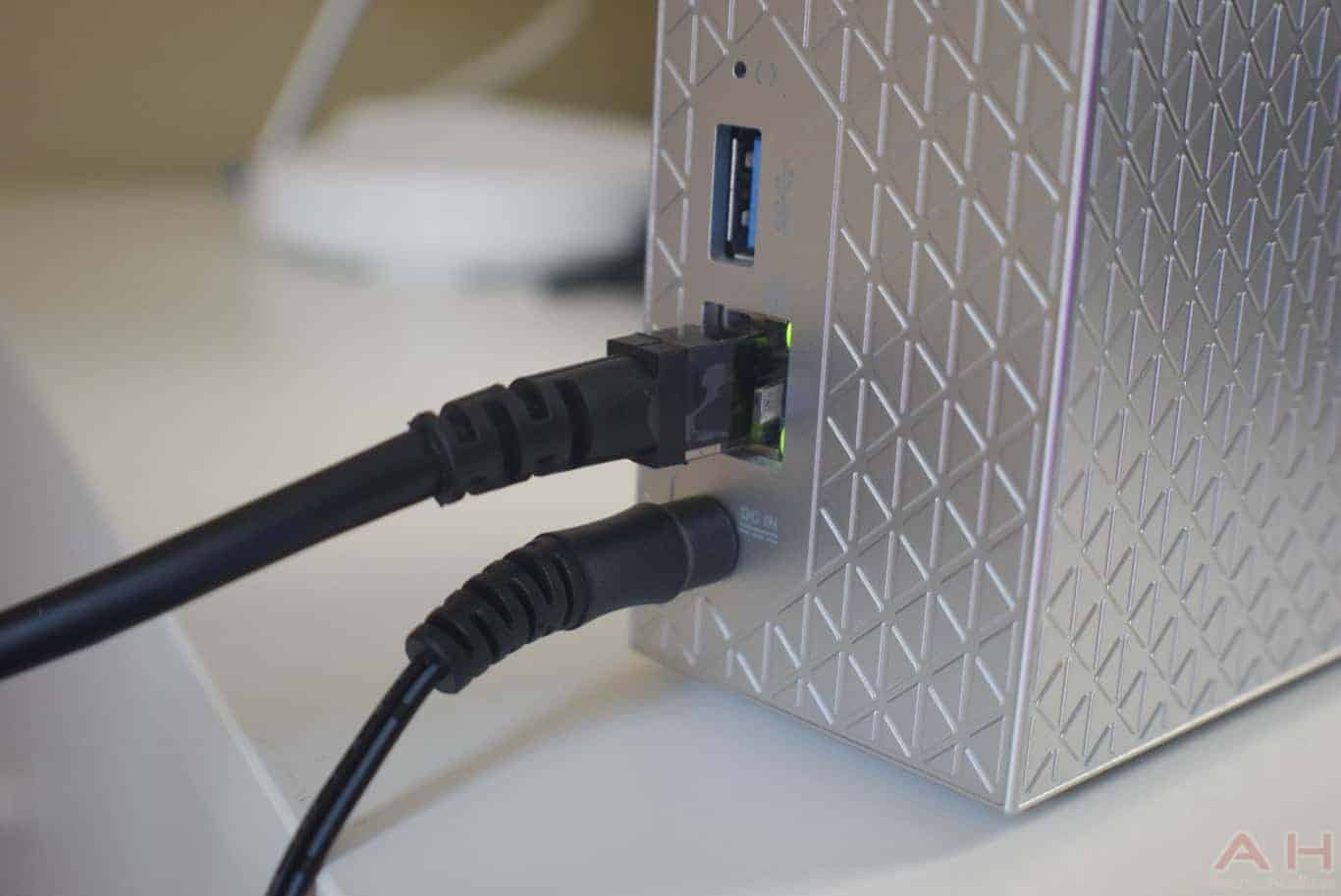 During the review period we used both the Android and macOS apps as well as the website to access files. Our unit here is a 4TB single-drive My Cloud Home. Western Digital does offer the My Cloud Home in single-drive capacities of 2TB, 3TB, 4TB, 6TB and 8TB. If you need more space, it offers up dual-drive models in 12TB, 16TB and 20TB. Now that's a ton of storage, even with our 4TB unit, we didn't even come close to using a full terabyte of storage – although the longer you use it, the more storage you'll use. Now with the dual-drive setup, Western Digital has set these to mirror each other. That way your data is backed up twice, in case something happens to one drive, the other will have your information.

Starting off with the desktop app for My Cloud Home, once you install the app you'll be able to see it listed in your file explorer or finder depending on the OS you are using. So that it works just like it's a part of your computer even though it might be in another room, or even on the other side of the world. You can access all of your files pretty easily, just the same as if they were on the drive inside your laptop. Which makes it all seamless and definitely easy to use. You do have a number of apps that work with the My Cloud Home, including a few that will encrypt your My Cloud Home. And of course, encryption is becoming a pretty important thing these days, with the amount of hacking that's going on. 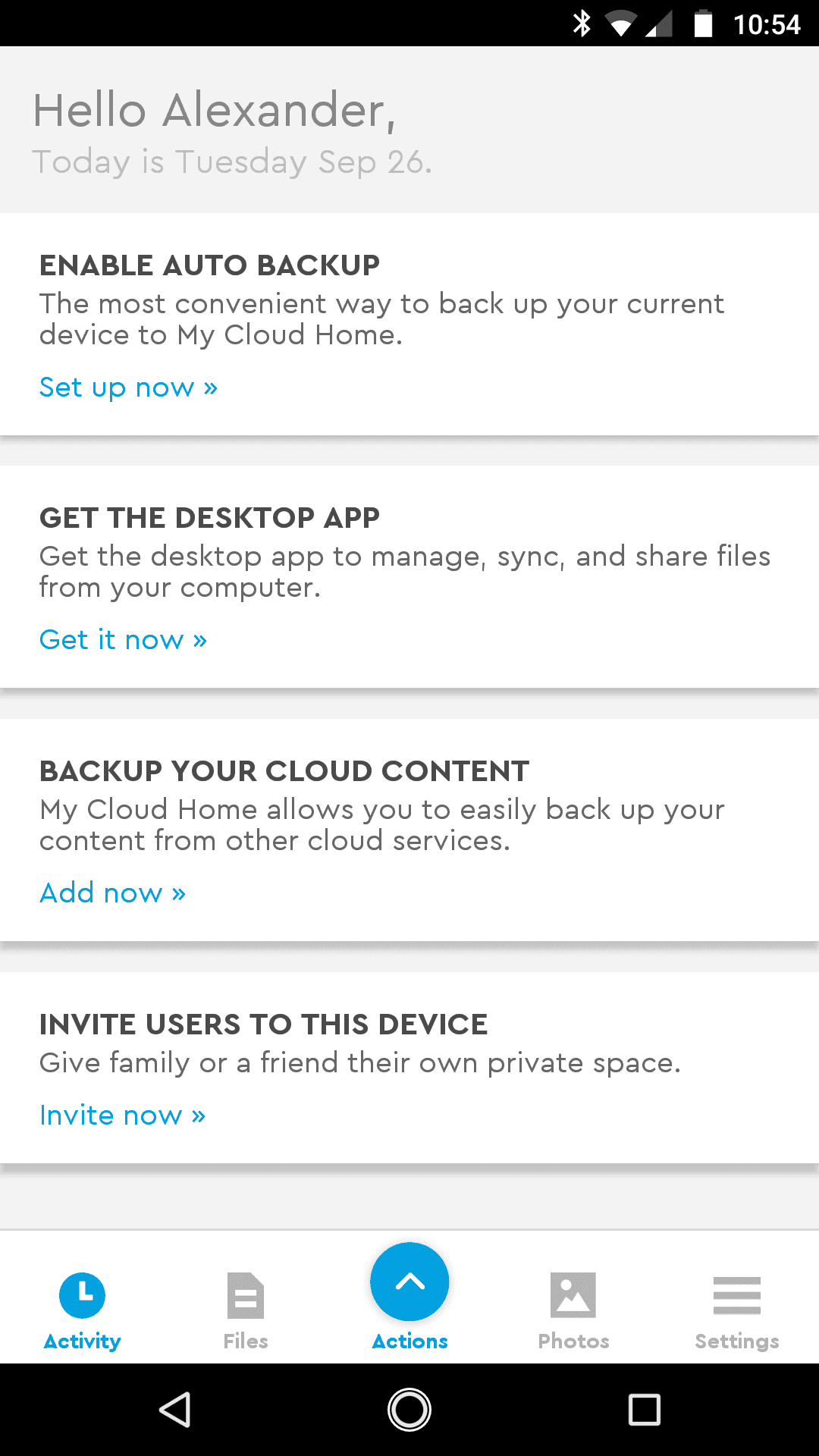 Over on the mobile side of things, it's a bit different. Of course, you can still view your files from your My Cloud Home on your smartphone (or in this case, on your Android smartphone). But you also have the option of automatically backing up photos from that device to your My Cloud Home. This is a pretty nifty feature, since not everyone wants to backup their photos to Google Photos and have them on the web (who knows, Google could get hacked like Apple's iCloud did). For someone that reviews a number of smartphones like myself, it makes it easier to transfer photos and screenshots from a smartphone to my laptop to include in reviews. Which is definitely a nice feature to have. 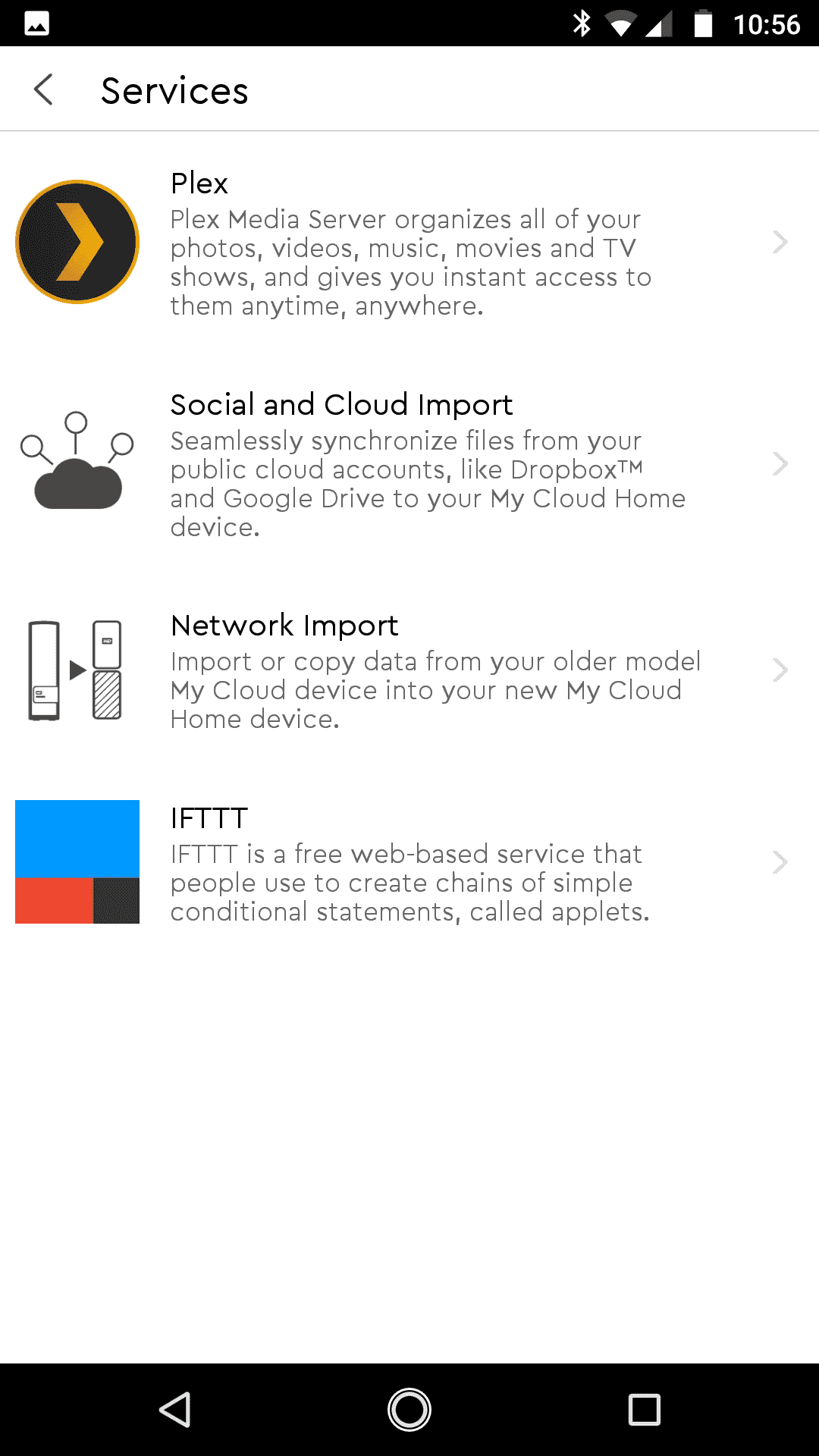 Another app that Western Digital has integrated, and well it's not really an app, but it allows you to sync your cloud storage onto your My Cloud Home. So everything that you have in Google Drive, Dropbox and other cloud storage platforms, can be saved onto your My Cloud Home, where it could be a bit safer. And last, but not least, you can back up your PC or Mac computers to your My Cloud Home. Western Digital says that it is fully compatible with Windows Backup and Apple's Time Machine on macOS. Now, since we tested the My Cloud Home with a Mac, we can only really comment on how it works with Time Machine. First off, it does need to be on the same WiFi network, from there you can set the My Cloud Home as the disk for backup. You'll need to login to the My Cloud Home (which we weren't able to, and had to do it as a "Guest" user, which still worked just the same). Other than that, it's like backing up to any normal external hard drive. It should work the same with Windows Backup as well, for those that are using Windows PC's.

On the back of the My Cloud Home, in addition to the ethernet port, Western Digital has also included a USB 3.0 port. Allowing you to attach a flash drive, or perhaps your current external drive to move data over to the My Cloud Home (perhaps a bit faster than using your WiFi connection). This is a nice feature to have included, however, it isn't anything that we actually found a reason to use during the review, since we were able to send everything over WiFi and it all transferred fairly quickly. 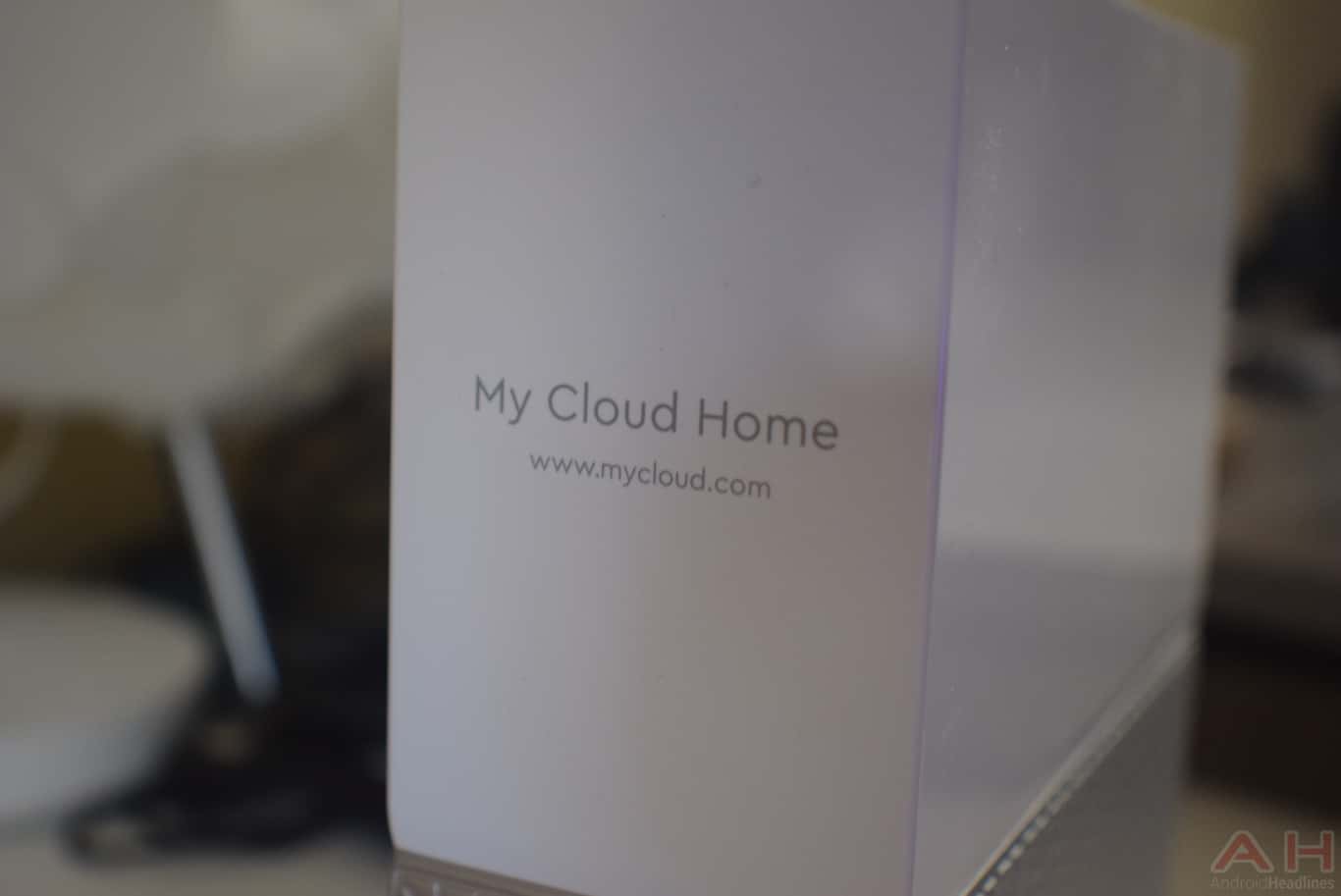 Obviously the My Cloud Home isn't the first wireless external hard drive out there, and it won't be the last. But what we have found is that it is one of the easiest to use and offers a very seamless experience. As I noted already, using the My Cloud Home app on your laptop or desktop makes the hard drive feel like it is part of your computer when it isn't. Now of course, you will need to make sure you have decent internet speeds at home, for it to work seamlessly, but it does work very well. Western Digital also has an option for everyone. Those that just want a place to save their photos, and maybe some videos, the 2TB or 3TB option will be plenty of space, and those are both under $200 ($159 and $179 respectively). Those that may want to use one for work, Western Digital does have that 20TB My Cloud Home available, however it is quite pricey, coming in at about $899.

The only real downside to the My Cloud Home is the fact that these are HDD and not SSD drives. Which means they are a bit slower, but then again if they were SSD's, the prices would be much, much higher than they are currently. So there is that. The My Cloud Home is sold right now, exclusively at Best Buy. It should be coming to Western Digital's online store in the very near future though.

Buy WD My Cloud Home
Advertisement
Trusted By Millions
Independent, Expert Android News You Can Trust, Since 2010
Publishing More Android Than Anyone Else
25
Today
144
This Week
399
This Month
5143
This Year
106618
All Time
Advertisement