The Vivo X20 has been popping up like crazy lately, the phone surfaced in several real life images, while it was also pictured in leaked World Cup 2018 posters, and now some more info surfaced regarding this ‘bezel-less’ smartphone. According to the source, Vivo is planning to release both the Vivo X20 and Vivo X20 Plus handsets, which is not exactly new info, but this time around some more spec-info surfaced, read on.

According to the source, both of these phones will 6GB of RAM, and you’ll also get displays with an 18:9 aspect ration on both devices. Those displays will be different in size, though, the Vivo X20 is expected to come with a 5.2-inch panel, while the ‘Plus’ variant will sport a 5.5-inch display, though it seems like both will be fullHD in resolution. Qualcomm’s Snapdragon 630 64-bit octa-core SoC will fuel the Vivo X20, while the Snapdragon 660 64-bit octa-core processor will do the same for the Vivo X20 Plus. Now, what’s really interesting, is that the source claims that both phones will ship with a 24-megapixel front-facing snapper. Both phones will be made out of metal and glass, at least if the provided info is accurate, and both devices will ship with Android 7.1 Nougat out of the box. A 3,500mAh battery will ship with both devices, allegedly, which is also rather interesting considering that they sport different display sizes and processors, but there you have it. The source also says that both phones might ship with in-display fingerprint scanners, though that’s almost impossible, as such technology will not become available until the second half of next year.

It seems like Vivo is planning to release both of these phones to markets outside of China, as the source claims they will be called the Vivo V7 and Vivo V7 Plus outside of China. Vivo did tease the ‘X20’ announcement yesterday, though the company did not say when will this announcement occur, or anything of the sort, we’ll just have to wait and see. In any case, both of these phones will sport really thin bezels, and the source even shared a render (pictured down below) which is supposed to represent the Vivo X20, though it’s possible that this is just a concept render, nothing else, as it looks quite a bit different than what recent leaks reported. 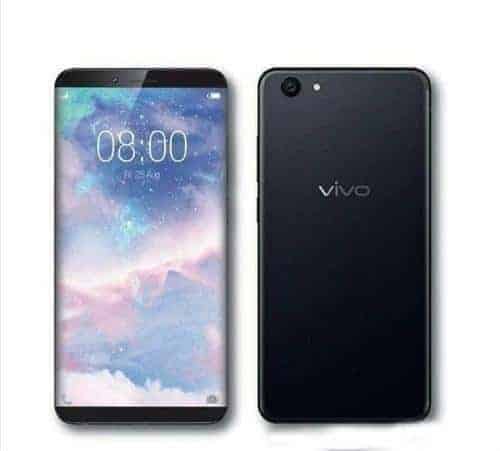