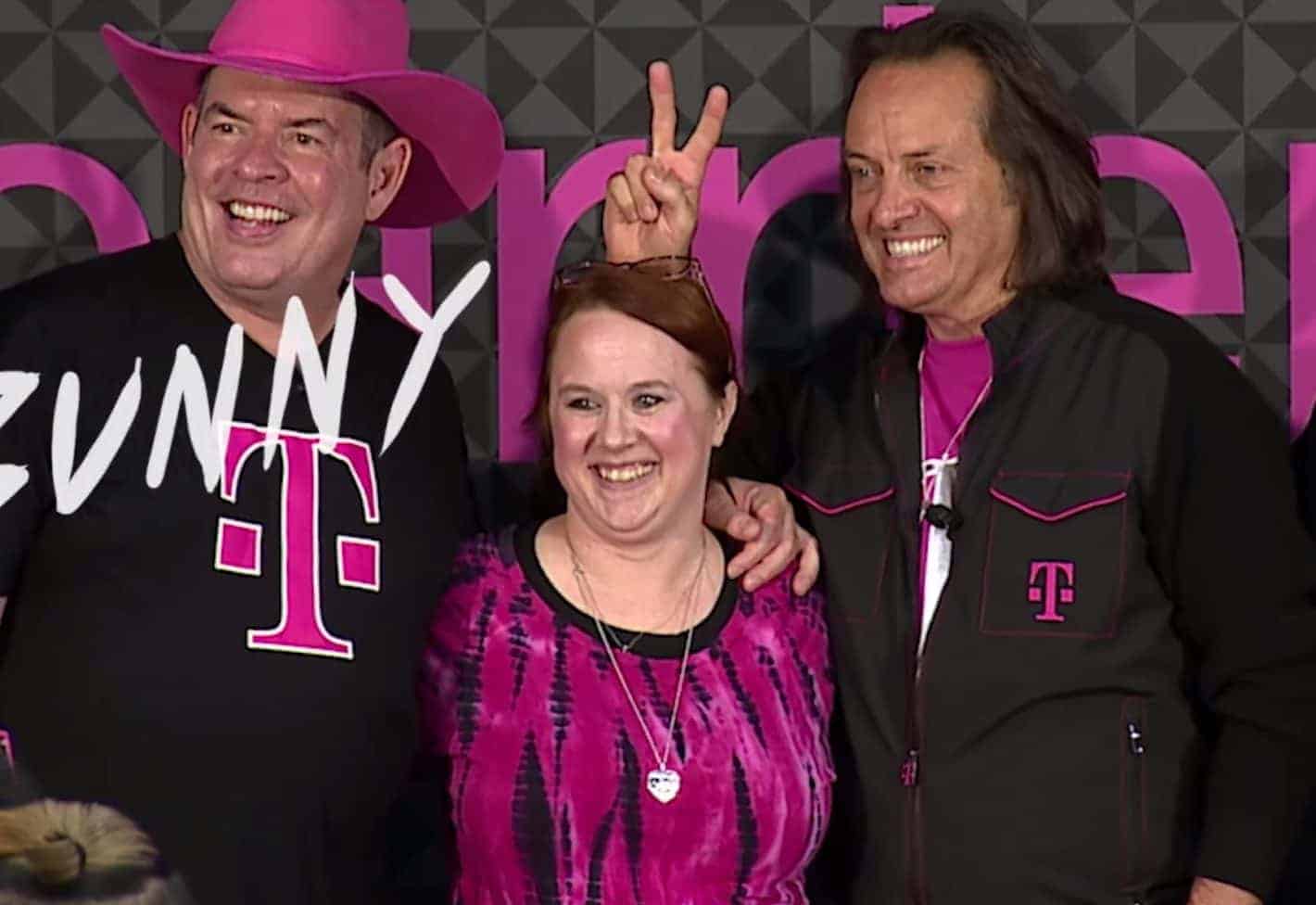 T-Mobile CEO John Legere has officially made it to the five-year mark, and the entire company is celebrating that achievement by – dancing. T-Mobile on Monday shared the video seen below using the hashtag #DoTheLegere, in case anybody out there wants to shake it to a dance inspired by Legere's noteworthy success thus far as T-Mobile's CEO. This is not the usual way to celebrate a CEO's fifth anniversary with a company, but Legere is no ordinary CEO, and T-Mobile has made it clear in the last five years under him that it's not looking to be a conventional carrier either.

When Legere took the reins all the way back in 2012, T-Mobile was not doing anywhere near as well as it is now. In fact, things were so grim that its parent company Deutsche Telekom was exploring the idea of offloading the firm. Legere, along with other executives like CTO Neville Ray and CFO Braxton Carter, worked to shape the company's public image to be more appealing to customers, and they did it with a healthy dose of unorthodox tactics. Press releases from the company started including profanity-laced jabs at competitors, mocking infographics showing how and why T-Mobile was overcoming competition and even homages to 8-bit gaming with important announcements hidden inside. Perhaps unsurprisingly, many consumers responded in a positive manner. More importantly, the company started calling itself the "Un-Carrier" and began rolling out a number of moves that forced the entire wireless industry to play along or risk losing subscribers. It was a risky tactic, but it was managed well enough that it allowed T-Mobile to leapfrog Sprint and become the third largest wireless carrier in the United States. Those moves included things like Music Freedom, JUMP! On Demand, and the controversial Binge On service, and eventually culminated in the modern T-Mobile ONE plans that give customers unlimited data with a 50GB deprioritization cap.

Looking toward the future, the company is racing to deploy advanced LTE technologies along with getting 4.9G and 5G solutions out before anybody else and is doing so mainly through the use of the massive amount of 600MHz spectrum that it managed to win in the FCC's recent incentive auction. On top of that spectrum, it may soon have access to that of the rival whom it surpassed; talks of a merger with Sprint have reached a fever pitch lately, making it seem like a realistic possibility. While T-Mobile has access to large amounts of low-band spectrum that can travel far and pass through buildings, Sprint possesses massive volumes of higher-band spectrum left over from its iDEN and WiMAX networks which can be used to build out small cells and fixed wireless points for 5G. If the two companies do merge and work together on 5G, they could pose a major threat to the relevance of Verizon and AT&T from a strict network strength and coverage standpoint. Whatever one may think about T-Mobile and its CEO, few will deny the company made tremendous progress in recent times.