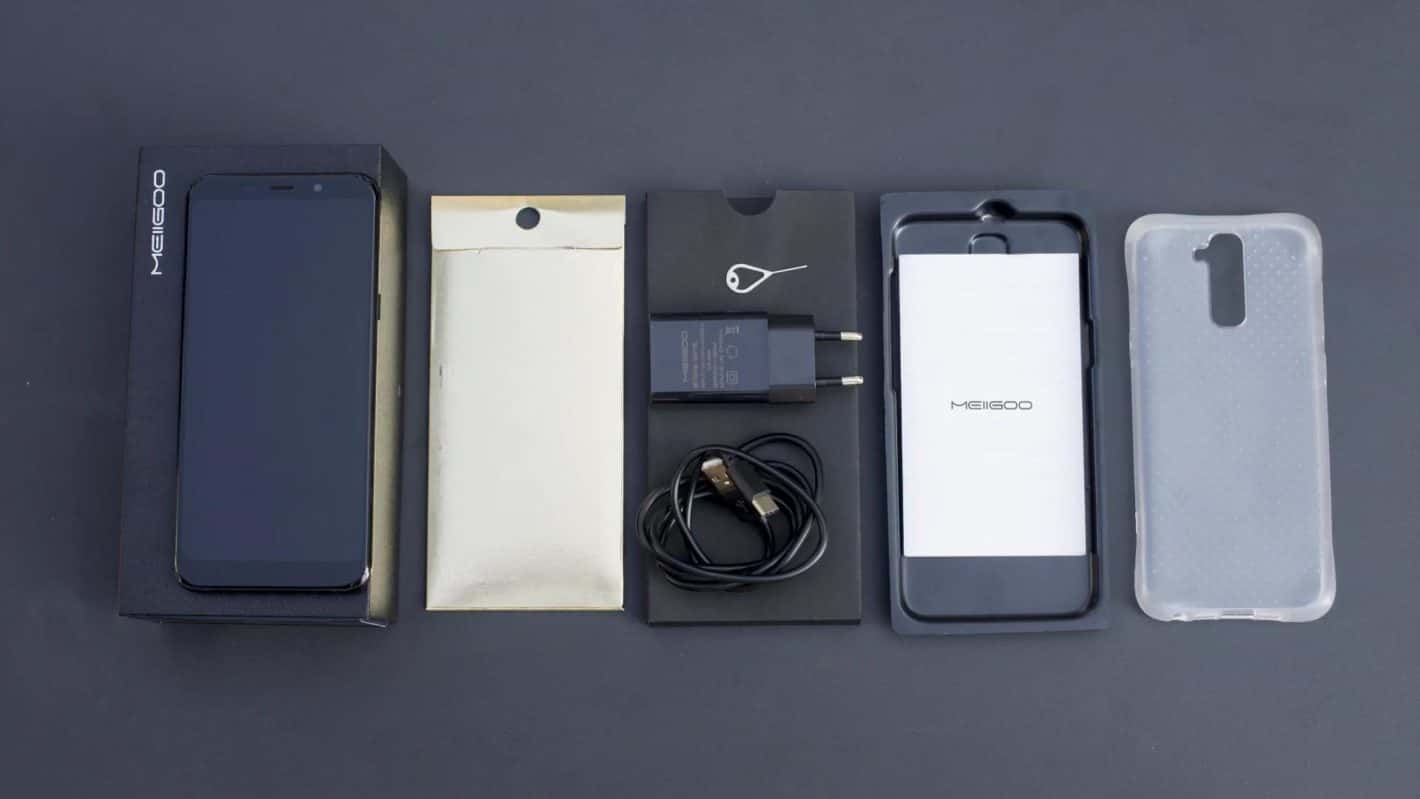 After officially announcing the Meiigoo S8, the company has decided to share an official unboxing video of its new flagship. If you take a look at the embedded video, you will be able to see the Meiigoo S8 up close and personal. This handset is clearly inspired by the Galaxy S8, even its retail packaging is quite similar. This video is not that long, it lasts for about 2 minutes, and it will give you a really look at the phone if you're interested in buying one. Speaking of which, the Meiigoo S8 will be available from GearBest soon, and in case you're interested, follow the source link down below.

This handset will be priced at $200, at least that's its expected price, and the device comes in Black, Blue and Gold color variants. Having said that, other than the phone itself, its charger, and paperwork, you'll also get Meiigoo's official case in the box. This is a rather generic case, but it will offer some protection for your phone, that's for sure. A SIM ejector tool is also included in the package, and Meiigoo unboxed a black variant of the device in the provided video. This smartphone actually comes with a rear-facing fingerprint scanner, while it offers a dual camera setup on the back as well. Its back is curved on the sides, while it comes with a flat display, but the glass on top of that display is curved. This handset is made out of metal and glass, as you can see in the provided video. Now, the Meiigoo S8 is not exactly a high-end device, but it's a solid mid-ranger, at least based on its specifications, read on.

The Meiigoo S8 sports a 6.1-inch HD+ (1440 x 720) InCell display, while it also includes 4GB of RAM and 64GB of expandable storage. This handset is fueled by one of MediaTek's processors, the MT6750T 64-bit octa-core SoC, which is clocked at 1.5GHz. Android 7.1 Nougat comes pre-installed on this phone, and the device also offers two SIM card slots (2x nano SIM). 13-megapixel and 5-megapixel shooters can be found on the back of this phone, and an LED flash is also included there. 4G LTE connectivity is also a part of this offering, and the device ships with Bluetooth 4.0 out of the box. A 3,300mAh battery is here to keep the phone alive until the end of the day, at the very least, and this battery is not removable. This handset sports a 5-megapixel front-facing snapper, and you will find a Type-C USB port on the bottom of the device, where its loudspeaker is located as well.