The high-end Samsung Galaxy Note 8 is finally going on sale today and Verizon already has an update ready for the device. The software package is rolling out as an over-the-air (OTA) update and it’s different from the one for the international version of the handset. According to the changelog from Verizon, the new update for the Galaxy Note 8 brings is labeled as the firmware version NMF26X.N950USQU1AQI5 and adds a number of improvements. Google Maps, the Navigation app, and the Weather widget are becoming more stable with the patch which also improves the phone’s general stability and performance, brings some bug fixes, and enhances the accuracy of the Swype keyboard predictions.

Verizon notes that the update also includes a Blueborne security patch designed to fix an Android-specific issue that recently came to light. The issue revolves around the Blueborne Vulnerability Scanner app which apparently delivers false security alerts to users. The app checks for the Android security patch level, and if it’s not the latest patch for the month of September, it may not work properly. While Google did patch the Blueborne vulnerability, the fix is only available for devices running the September 2017 Android security update, and the U.S. versions of the Samsung Galaxy Note 8 are still on the August 2017 security patch. The Blueborne vulnerability can exploit a Bluetooth connection and infect it with malware even if it isn’t paired with an already infected product.

While Verizon claims that the latest update for the Galaxy Note 8 contains a Blueborne vulnerability patch, some user reports indicate that it doesn’t work. Even after the update, users are still getting false alerts from the app, presumably due to their Android security patch level. The problem will likely get fixed once the September Android security patch rolls out, and in the meantime, Galaxy Note 8 owners are still encouraged to get the latest update from Verizon in order to ensure their device is operating at its maximum potential. As always, it’s recommended to ensure that the handset has plenty of battery life left and that it’s connected to a Wi-Fi network before one proceeds with the installation. 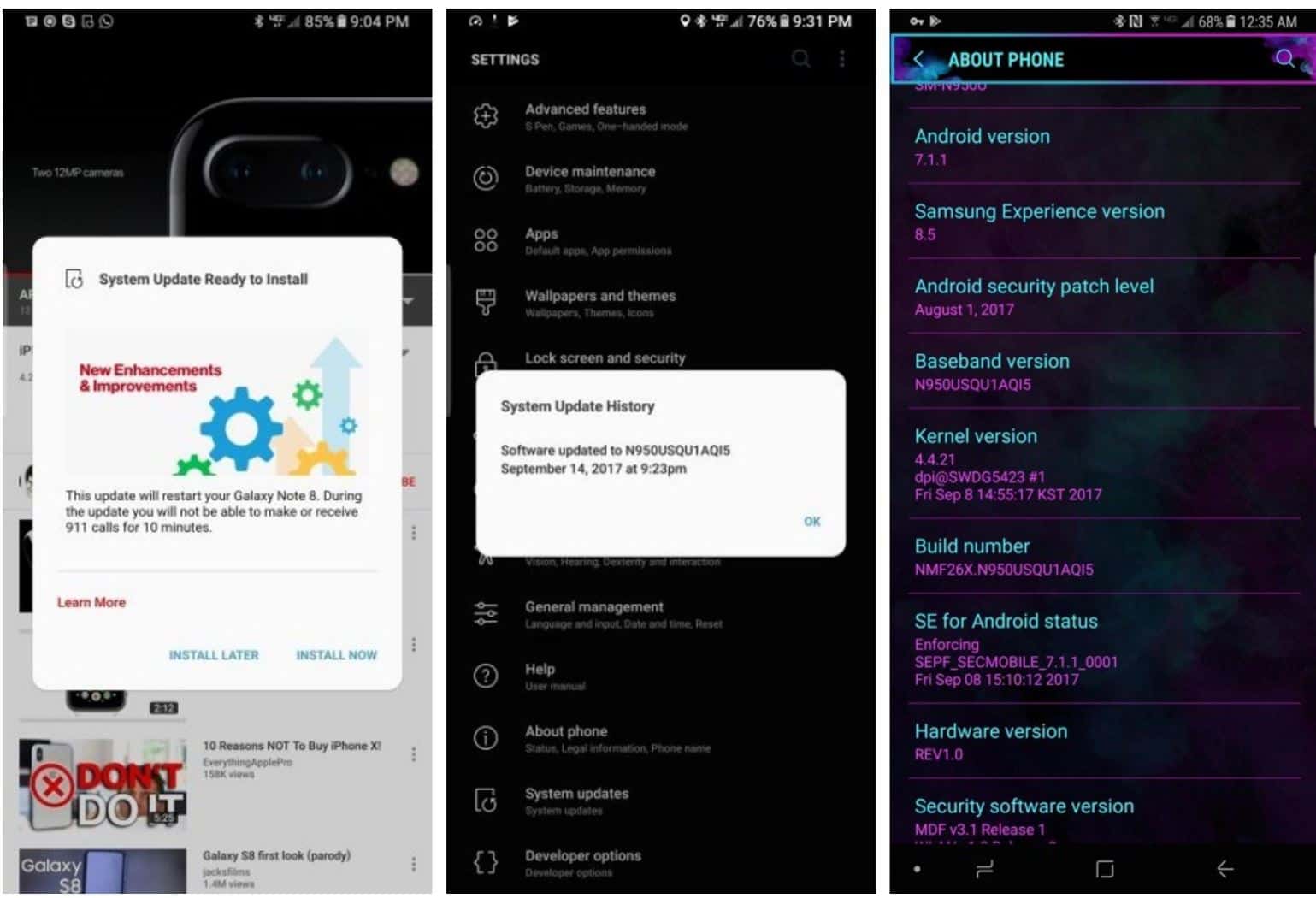