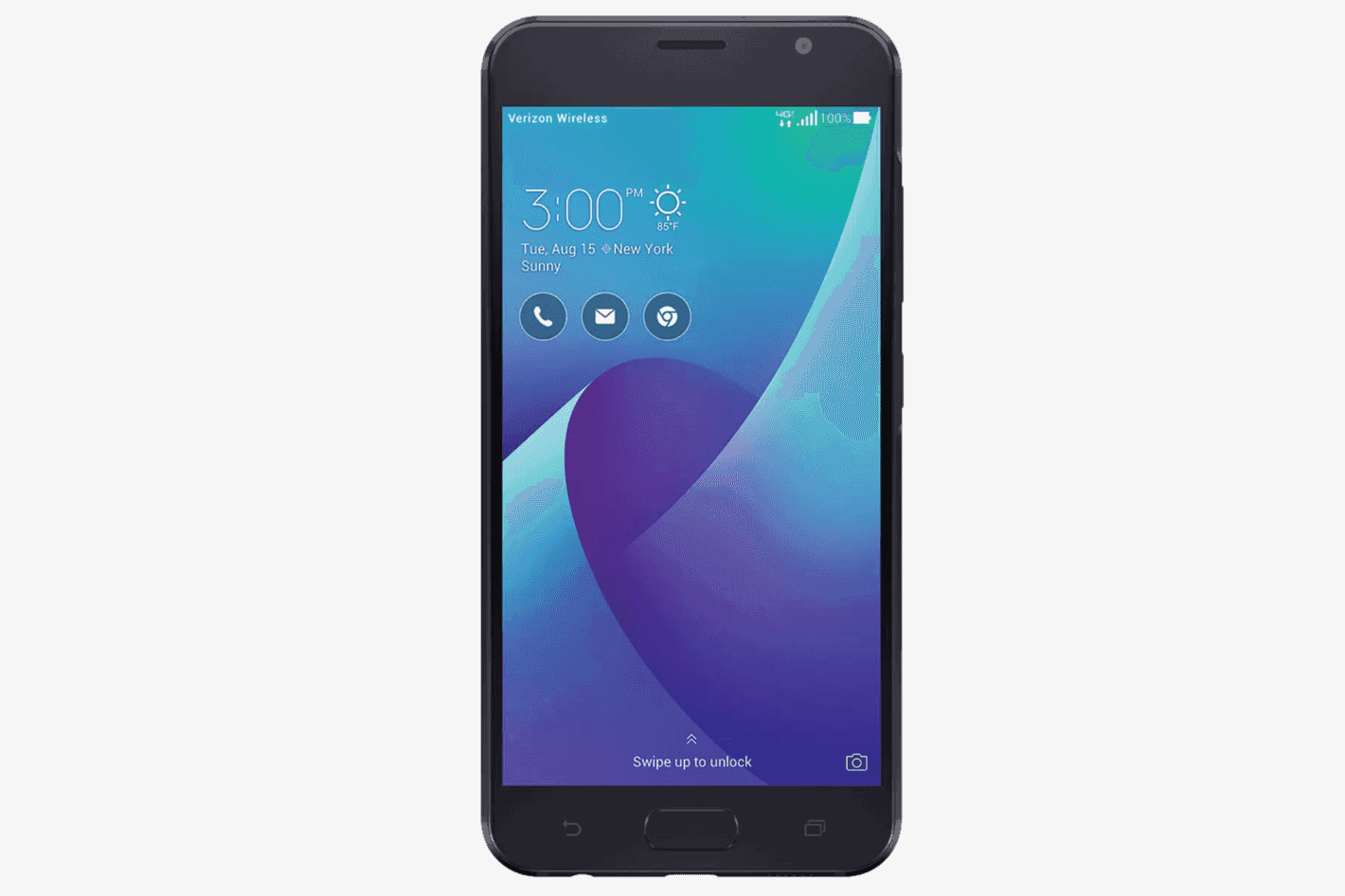 Now the ASUS ZenFone V actually debuted on ASUS' website already, so this smartphone isn't much of a surprise. This smartphone does not support CDMA bands, it's an LTE-only smartphone, which means that if you are in an area that does not have strong LTE coverage, this is not a good phone for you. As when there is no LTE available, the ZenFone V will drop down to EDGE, which is a pretty big drop. The ZenFone V is a Verizon exclusive, but it is still a fairly interesting device. It has 2.5D curved glass on the front. And that is a 5.2-inch 1080p AMOLED display, along with the Snapdragon 820 processor with 4GB of RAM and 32GB of storage. So it's not exactly the latest and greatest when it comes to specs, but this was high-end just a year ago, so bringing all of these specs in for just $384 is actually a really good deal. Of course, if you don't want to pay the full retail price, you can get the ASUS ZenFone V on an installment plan for $16/month.

Both the ASUS ZenFone V and Kyocera DuraXV LTE are available today at Verizon – both in-store and online. These definitely aren't high-end smartphones, but they are filling holes in Verizon's portfolio, for those that want something that's a bit cheaper and maybe something that is also a bit more rugged so that it doesn't get destroyed at work. The DuraXV LTE is actually a good phone for those that still use their phones for making actual phone calls, and not everything thing else.

Advertisement
Buy the ASUS ZenFone V Buy the Kyocera DuraXV LTE
Trusted By Millions
Independent, Expert Android News You Can Trust, Since 2010
Publishing More Android Than Anyone Else
5
Today
86
This Week
86
This Month
3256
This Year
104735
All Time
Advertisement